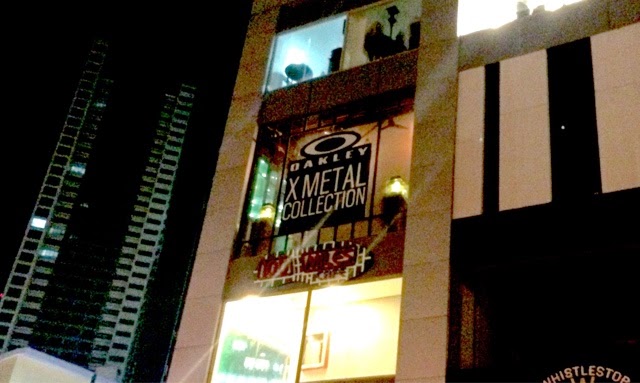 Do you feel you're Bad? Or do you feel like you're a Mad Man? Over at URBN Bar in Makati City, we witnessed a one of a kind launch by the world's most trusted brand in eye wear, and that's Oakley. Known for their fashion forward pieces and non boxed ideas, they're putting up their newest models that is part of the Oakley X Metal Collection. This is mostly on the industrial design side and yes, they call it Oakley’s polarized Madman and  Badman sunglasses. Both use Plutonite Lens which has the best optical purity. It also shields you off from getting UVA, UVB, UVC and harmful blue light rays. It's also going to protect you from reflected glare, totally unprecedented because it doesn't have haze and optical distortion. You'll see the world clearly, even if you're bad or mad.


Here's the launch in videos and photos, you have to see this huge reveal!

The Madman and Badman models also come in limited edition versions so they enjoin everyone who wants to have these non conventional sunnies to buy them now before it runs out. They threw a pit and said that if Rayban thinks out of the box, they on the other had never had one to begin with. They've got some of the most innovative designs I've ever seen and if you're in the mood to be a cool version of a mad scientist, you should get one today! I like the Madman better though, that's if you're choosing one. Although you can't lose with any item in their stores, after all, it's still an Oakley!