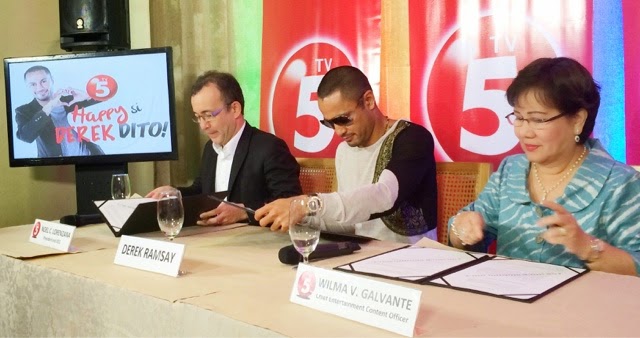 Here's more happy news from the happy network! Your favorite hunky and sexy guy Derek Ramsay from TV5 just signed another contract with them for another three years. This means you're definitely going to see him again in top rating programs and reality shows from the Kapatid network. 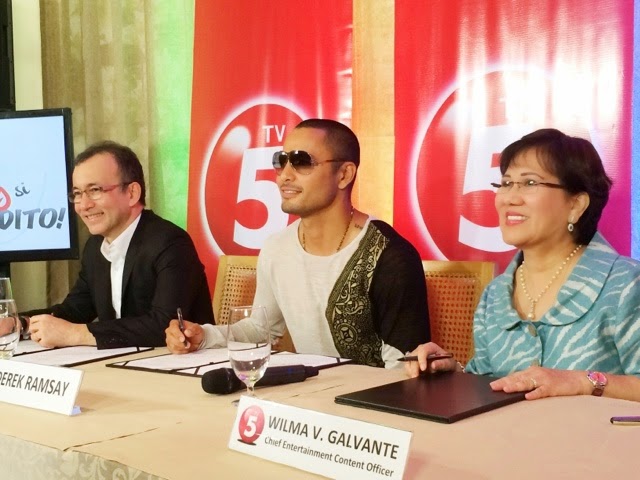 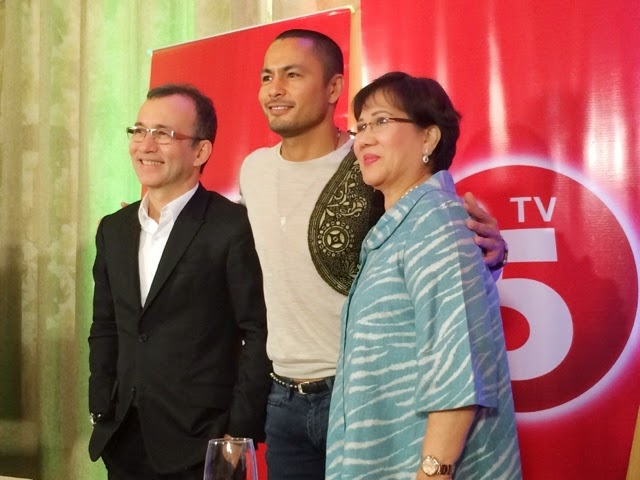 Derek Ramsay says "I am so happy to have renewed my contract with TV5. I'm still working with them in top "Mac N Chiz", Extreme Series "Kaya Mo Ba To?!" and tons of other things in the pipeline. I have no complaints, it's hard, it's something new for the viewers. I had to give back to the network for it to grow. There were rumors in the past of me going to other networks but I immediately quashed rumors because it would be disrespectful to the network. TV5 allows their artists to grow, my priority is with the network and I'll work around it. I have to work hard to make the network bigger and better. The series, we'll be sitting down on that. The Mac N Chiz program is such a happy set, I look forward to always be with John and Empoy in the show. In the Extreme Series, I will do everything except rats. I can do anything but not that. I'd like to also see Kidlat be back on TV, that project is hard but when you see the kids even those from far flung areas without electricity and they call you that hero, the happiness is insurmountable. I'd like to see that be back on TV. TV5 looked me up, this is my home and I'm very very happy here and what we could concentrate more is perhaps movies in these next three years. I'd rather sing than dance, but I'm not too keen on that. I'd rather jump a building than dance. I don't want to injure my self doing that. We're going to get bigger and better and I'll help the channel, thank you for te trust, it's mixed feelings, I'm definitely enjoying my stay in TV5." 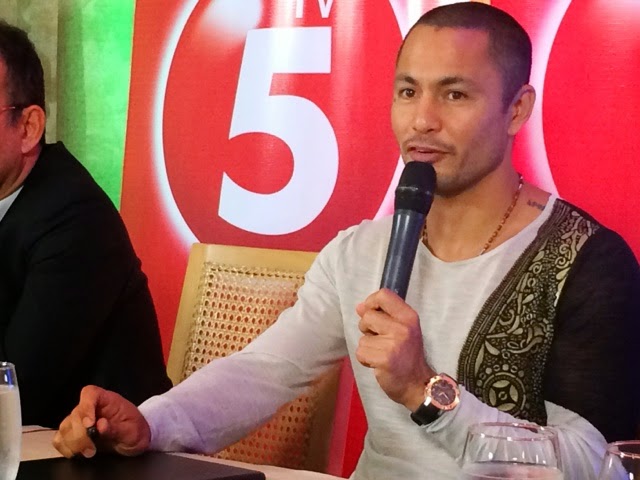 TV5 ran a cute throwback video and how his journey with them went like in Amazing Race, Kidlat, Sa Bawat Sandali, and the three years was fun as they say. He's got adoring fans all throughout the Philippines especially the kids who's faces light up when they see him in costume was just priceless. Ms. Wilma Galvante also divulged afternoon shows, movies and another sitcom for him, he didn't know that was going to happen so he was very emotional about it. He has gotten a lot of complements from a lot of people and he's ready to make more good scenes so that even more people would see it. The new one is in the works and they're still in the planning stage.

No talent fee increase he says and only stayed the same as the one he had 3 years ago. Mr. Lorenzana even said "He's the biggest male star there is in Philippine TV and aside from his good looks, it's who he is that personifies TV5. During the Amazing Race he could have been in the VIP section but he chose to be with the rest contestants, I mean who does that at all!? Every person in the board were unanimous, we didn't hesitate to renew him in TV5."

You have to watch out what would happen with Derek as he's definitely up for a challenge.