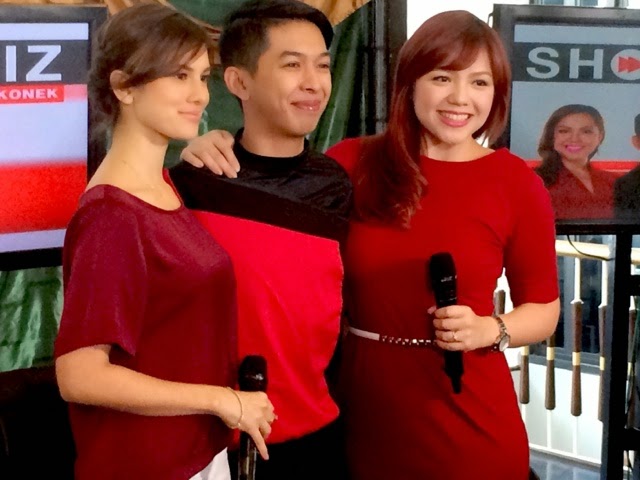 Today sparks another addition to TV5's great lineup of shows. They just announced this new entertainment themed program called "Showbiz Konek na Konek" with hosts IC Mendoza, Bianca King and MJ Marfori. This will premier on April 6, 2015 and is scheduled Mondays through Fridays at 11 AM. This would be really perfect for Moms and people at home who are just about to finish preparing lunch but don't want to be lagging behind the latest celebrity news in the country. They're going to do you a favor by rounding up the days issues within an hour and promise to get it straight from the horses mouth as soon as the entertainment news land on their table. 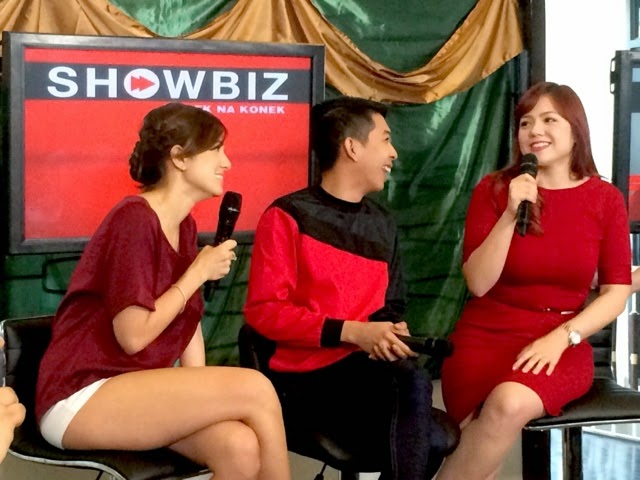 "I have so much to learn, to hone my craft and I think I already told some people in previous presscons that I wanted to have one. (Nagdilang anghel yata ako sa sarili ko!)" says Bianca King. She's pretty new at this and it's nice that she's addressing the fact that she needs to learn. After a few questions from the entertainment press, she said she'll answer everything. They went ahead and asked about her breakup with an ex, she confirmed and said it's obvious from her blogpost entry who it was. The thing is, the guy broke up with her through a text message. Then they went straight to the point and asked if this was Dennis Trillo, she said YES. 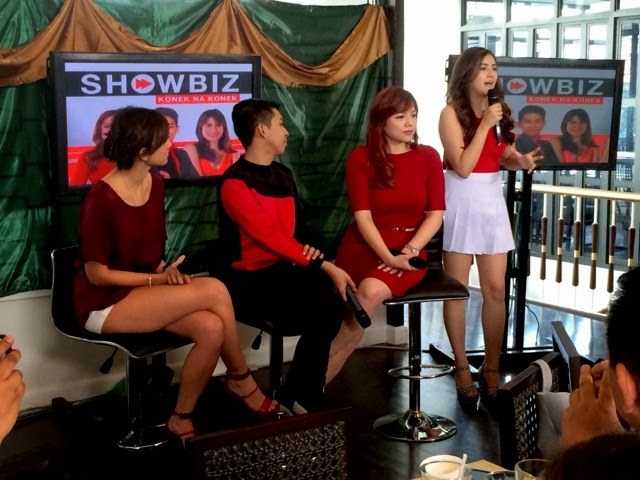 There will also have pinch hitters like Nicole Estrada who will be outside the streets asking real people about showbusiness, there's a lot of other portions like Connect The Stars, Who Do You Think You Are (blind items), Throwback Thursdays and a lot more! 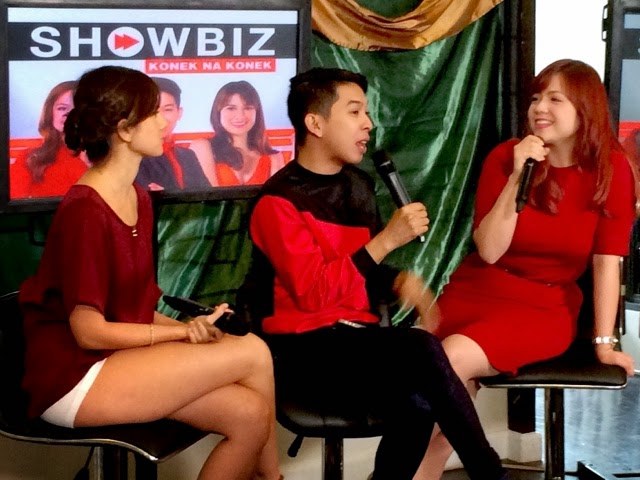 IC Mendoza says "The title of showbiz royalty is great but I have big shoes to fill. I know I'm always going to be Inday Badiday's grandson, always going to be Dolly Ann's son, but this show is different, it's not just going to be gay, this time it's going to be a little more serious entertainment news. We're really going to be heavy on social media, it's current and always updated so we could all keep up with the times. I'll have an opinion, I'll say my piece and I don't really run out of things to say."

"We're going to do the legwork, the research and do our best. We'll take it as a challenge, sometimes we might have live stuff happening to keep everything updated. That's where we'll make this show excell especially the portions we have. This is work and I don't have to stop this even if I get married." says MJ Marfori. 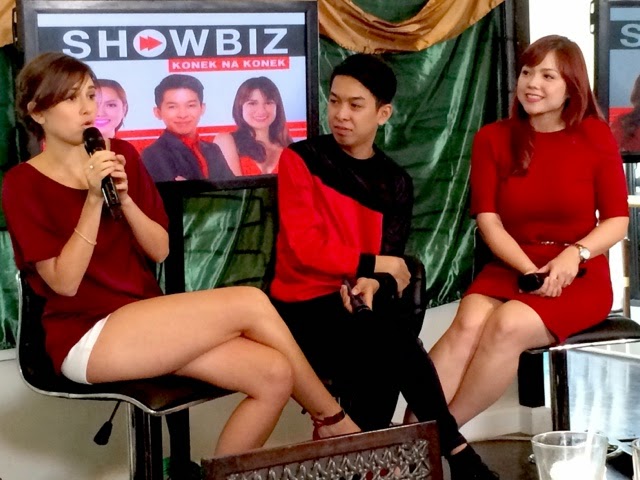 Make sure you watch this show weekdays at 11 AM on TV5!