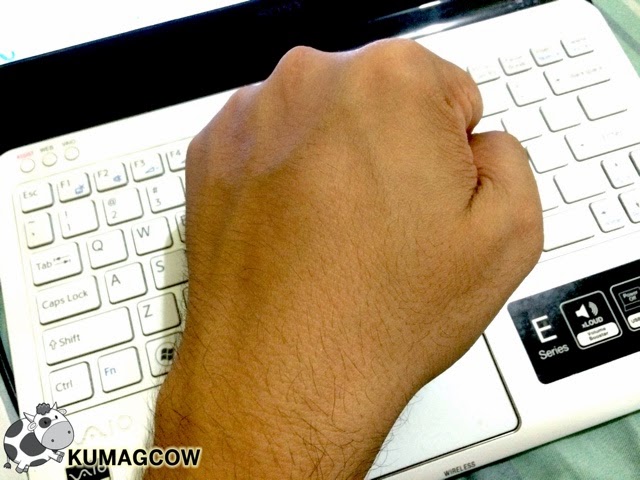 It's almost a month before we see our very own Manny Pacquiao fight it out with bad boy Floyd Mayweather on May 3rd, 2015. He's currently training in L.A. with Coach Freddie Roach and Team Pacquiao so he could get into the best shape of his life once he gets to that ring and since most of us can't watch live in an overpriced arena, we should definitely get our support across the ocean and overpower his cohorts in social media, it's where we rule!

It's all over the internet today and I strongly suggest you do the same. Celebrities have been posting Instagram videos to show off their champion moves whenever and wherever they are in the Philippines. They put in hashtag #SugodManny in every post to show solidarity behind the man who's put us all on the boxing world map as he's the 8 division world champion beating very formidable fighters in the past. This is the time to take on what's ahead and support the man who's done it all for his family, his town, his province and the country.

I already did it the other day and I think I got the hang of it. Don't forget to tag as many friends as you want and thank the person who inspired you to participate. I was nominated by good looking GMA Artist Ken Chan the other day, now it's your turn!

Thank you so much @akosikenchan for tagging me in this challenge to support Manny Pacquiao in his fight. You can do your champion knockout moves too and tag #SugodManny @rodelflordeliz @ryansanjuan and show your support to @emmanuelpacquiao in the upcoming MayPac Fight in Las Vegas. Tag and challenge 2 of your friends too so they can make their own knockout moves. Suportahan ang kanyang laban, para sa bayan! #SugodManny
A video posted by John Michael Bueno (@kumagcow) on Mar 26, 2015 at 7:09pm PDT


Smart Communications knows how precious this moment is and they're putting out the guns to show how they would want to support Manny Pacquiao in this upcoming fight. A statement from their own Executive Vice President and Wireless Consumer Business Head Charles Lim states “Some boxers fight for personal glory, others fight for fortune. But since the beginning, Manny Pacquiao has also fought for his countrymen. Now, more than ever, we Filipinos should let him know that we are proud of him and are with him all the way.Manny Pacquiao is not just our national pride. He also serves as our inspiration to work hard and push our limits so the whole nation can "live more!"

Since you're being noble and all, Smart is going to be a little generous too by giving you a chance to win a real deal Manny Pacquiao autographed boxing gloves and shirts if you use the hashtag #SugodManny in all your Instagram posts that contain your very own champion moves! They've also gotten you a lot of perks to show blow by blow accounts of the fight to be shown on http://www.smart.com.ph/sugodmanny. Aside from that, if you're a postpaid or prepaid subscriber of Smart, Sun Cellular or Talk ‘N Text, you can watch the Pacquiao  - Mayweather fight, some of his training videos and short documentaries on your Android devices live without ads for just Php 499.00 which is going to be available for a limited time only through FrontSeat on the Viewstream app that you can download off Google Play. Some of it will also be shown on Smart's corporate Youtube channel http://www.youtube.com/smartcorporate.

Smart will also be giving free Pacquiao stickers on the Pico Candy app that will work on Viber, Line and WeChat. This is "Internet For All" only from the biggest network in the Philippines, and that's Smart! Never forget the hashtag please! #SugodManny


Let's all do this as a nation. Let's make our presence felt in social media. Make Manny Pacquaio beat up not just the other guy in the ring but everybody else in these social channels. Find time to show your support as an online warrior, a man or woman, a Filipino. Let's all show them what we've got!