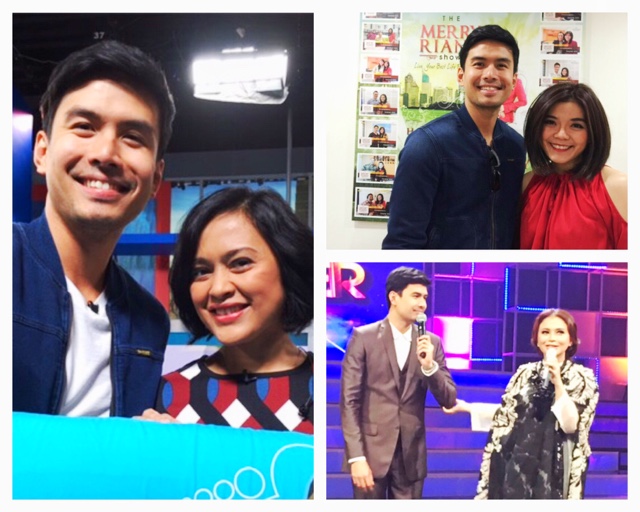 You must be wondering where in the world is Christian Bautista? The good looking balladeer has left the country this season to take his music in a back to back Valentines Concert in Indonesia where the Asia's Romantic Balladeer swooned his fans in that side of the world.

He performed together with Bunga Citra Lestari in a show entitled "Romantic Valentine Concert" at the Coliseum Club in Jakarta, then also performed on Valentines day at Alia Hotel in Solo, Indonesia. He was also busy during this trip as he had to appear in 3 different local television shows that includes Sarah Sechan, NETTV's local version of Ellen Degeneres. He also guested and had an interview with Merry Riana of Sonora FM 92, one of their local stations. In the same week, he also appeared in Trans TV where he gave a glimpse of his career in the Philippines and Indonesia and talked about himself for his countless fans in the region. If you may have remembered, Christian walked for Bench a couple of years ago and have acheived a really good physique, so he also shared a couple of his fitness routines, and diet so they could also learn about it.

He also guested in the new show of Rossa, a singer-actress from the same country and even sang "Please Be Careful with My Heart" live. Christian gave them a show and included "The Way You Look at Me", "Since I Found You" and "Fixing a Broken Heart" in his repertoir to the delight of his throng of fans in Indonesia. They love Christian as much as we do.

The last time we got the chance to talk to Christian was during the launch of his single "Who Is She To Me" which entered the UK iTunes charts last year. He's making the waves here and abroad and promises to bring you more in the years to come. Make sure you visit his website http://www.christianbautistaonline.com and follow him on social network channels @xtianbautista on Twitter and Instagram, or like his Facebook page over at Facebook.com/Christian-Bautista-Official too!