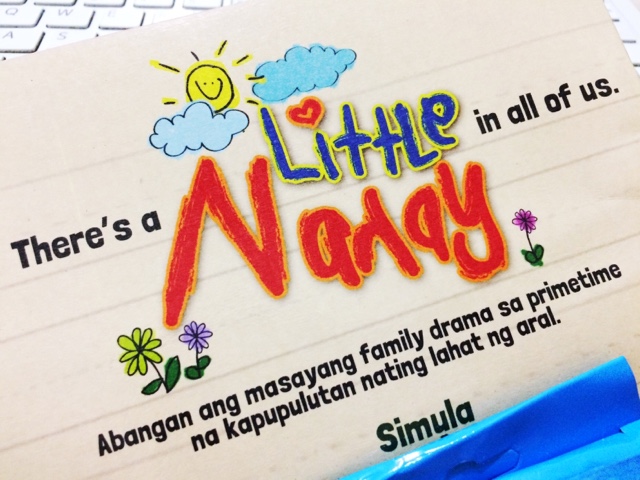 I saw this written in a coloring book which was used to promote the GMA show "Little Nanay" while I was writing this story. We just got back from a long day of interviews with the cast in their Sta. Ana location shoot and we had fun talking to the cast of the show. I didn't quite get it why they would insinuate that we all had that "Little Nanay" in ourselves though because I know quite a few people who probably don't. I mean there are bad people living in the Philippines and I got confused with that statement.

I guess what they were trying to prove is, no matter what condition, mental capacity or psychological grade a person has, they'd probably have a little part of themselves to still care for someone else. That's the vibe that I got from Kris Bernal when we talked to her that afternoon. The show is about to end and I guess in some way, that's what she wanted to impart to the people who have steadfastly supported the show since it's inception. The task of making the character of Tinay alive was much of a challenge to the Kapuso actress but she feels it was all well worth it. They did make us think a lot about what a person who's matured but with a mind of an 8 year old could actually do to take care of their own daughter, their own family too. As with any other differently abled individual, they should always be treated as humans no matter how much we have to learn living with them would actually take. Here are some of our interviews with the cast done a few days ago. 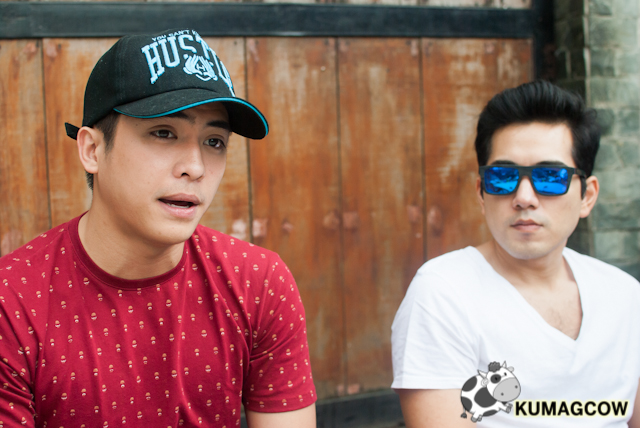 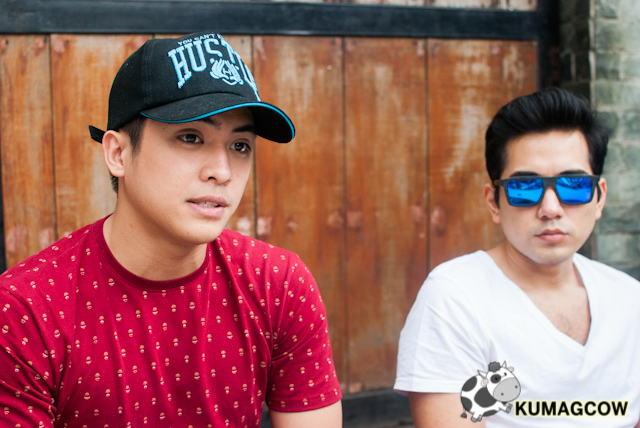 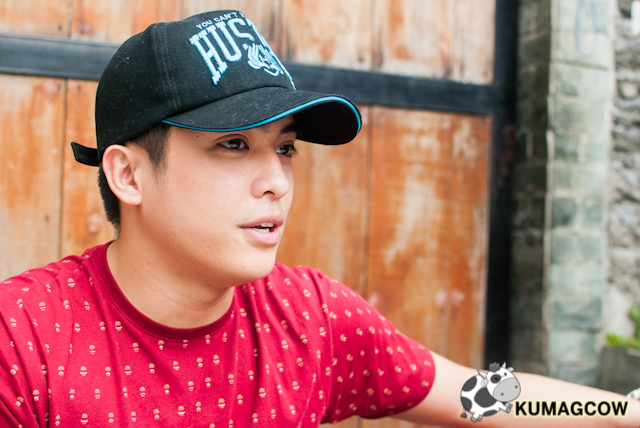 We talked to Starstruck's Jay Arcilla and the good looking Renz Fernandez. Jay was actually a late addition to the cast of the show who plays the role of Reggie Cubrador - but says he's really been blessed to have been able to do so because even though he didn't win the reality show, he's officially the first to have been able to be given a break among the Starstruck contestants in his season. Add to that, the stellar cast that he's been able to rub elbows with from Kris Bernal, Mark Herras, and even Nora Aunor, so there's really nothing better than that.

He treats this as a good launching ground because he's learning a lot, even more than workshops because this is a real show. Renz Fernandez on the other hand bit the bullet even if playing the role of a lawyer had tons of legwork in it. The jargons, the long monologues he had to do was a bit troublesome for him but he's so glad to have been able to work with Kris in the show. We didn't really ask him the obvious and kept quite mum about him and Kris' ongoing romance because he might find it too personal, and it was my first time to interview him too (I was nervous LOL). Anyway, he got called for a take on the show so we continued with Jay later on. Here's the interview on video: 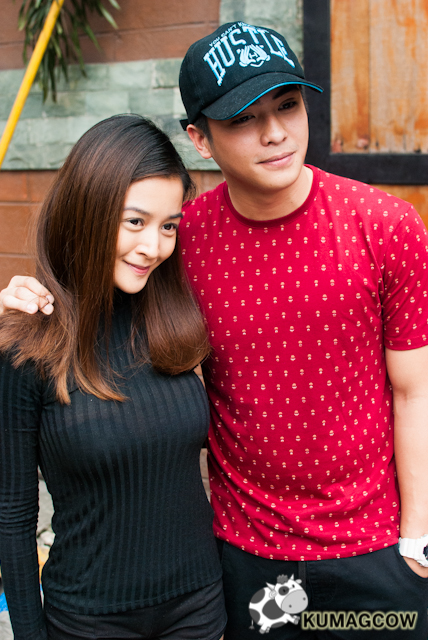 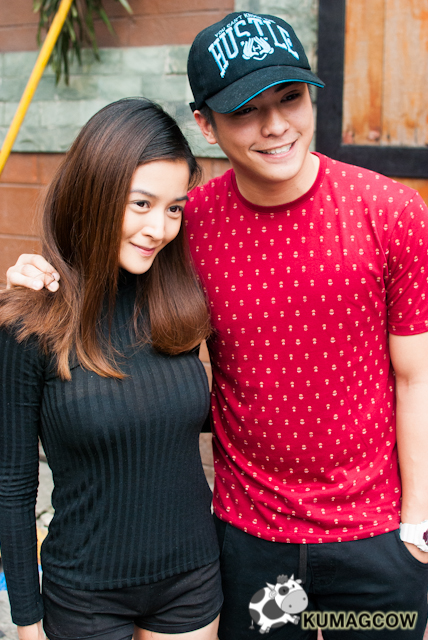 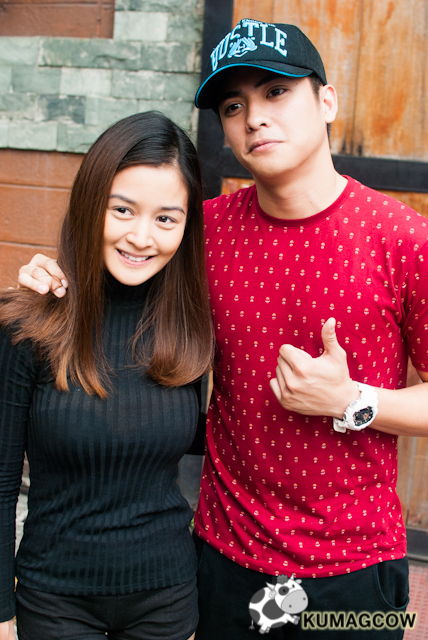 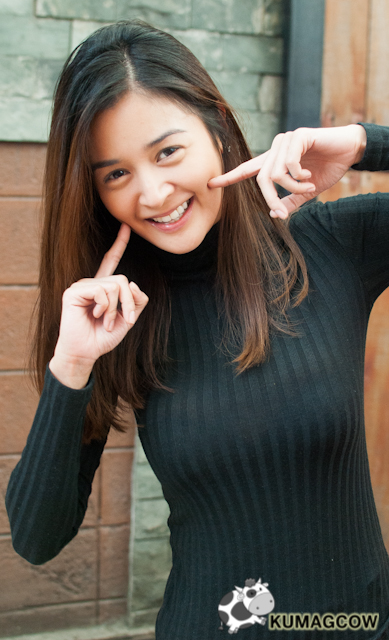 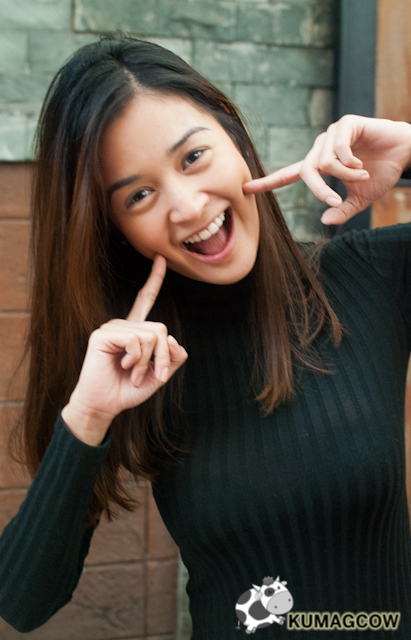 A few minutes later, Kris came out of the dressing room and sat with us for the interview. Some of the cast members already told us how she comes prepared whenever they had a shoot as she actually comes in character. She even goes out and takes the long mile of suddenly talking to cast members the way Tinay would do. She admits to have had some hesitation in doing Tinay's character at first as she might lose the small nuances that her character is known for, plus the lisp and speech defect that she had to do which was not a walk in the park. It takes a toll if you don't get into the character so she sometimes takes it into conversations sometimes that she had to apologize to her friends and go back to Kris mode when they go out. She'll utterly miss Chlaui Malayao, commonly known as Chiechie San Pedro in the show because apart from being a co-star, she felt like a mother to her. The small things, the running around, the little surprises, she'll never forget the things she's done and the memories that come with that. Here's Kris' interview in two parts. Here she talks about the show, the characters and the real life brewing romance between her and Renz Fernandez. 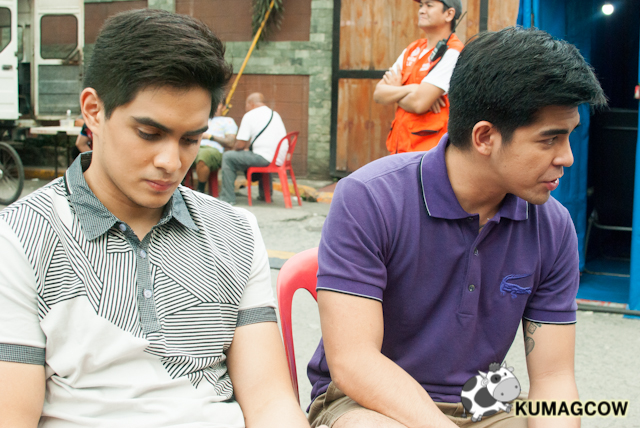 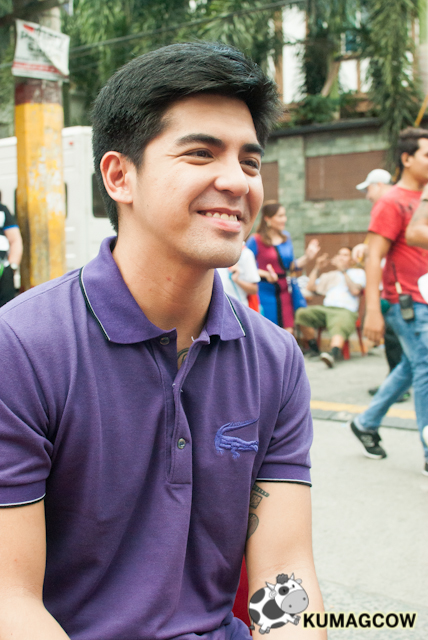 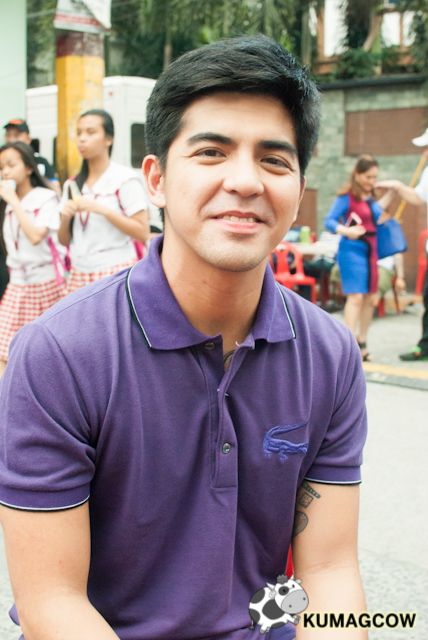 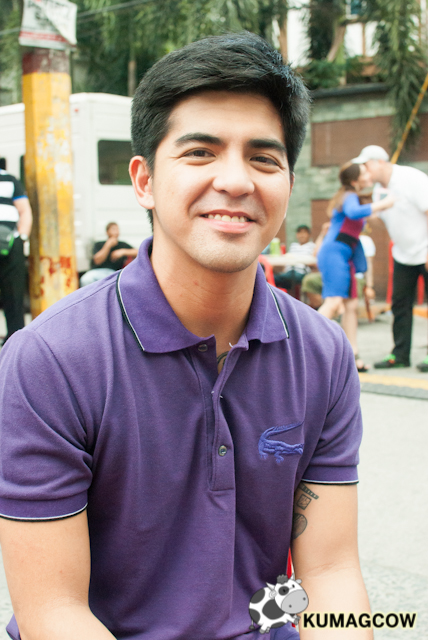 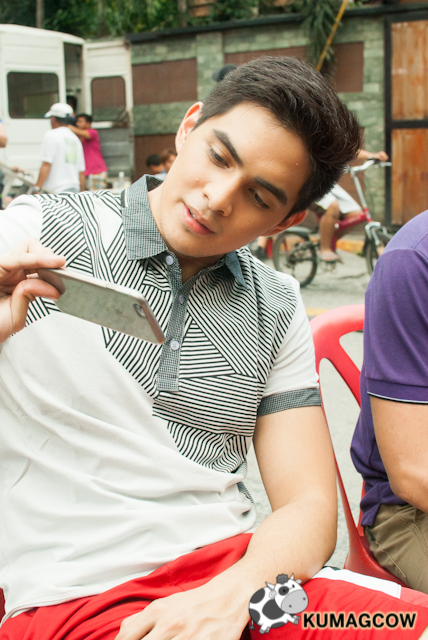 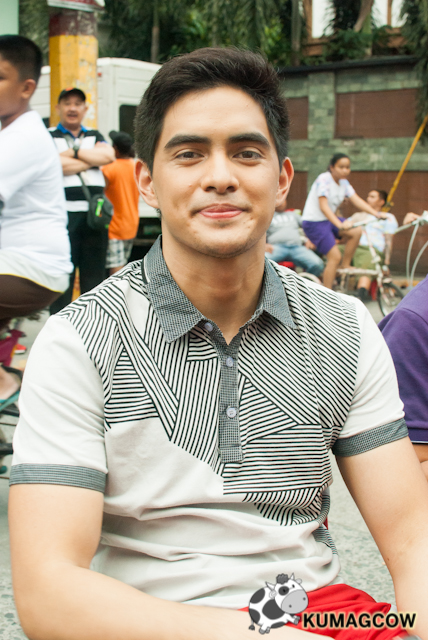 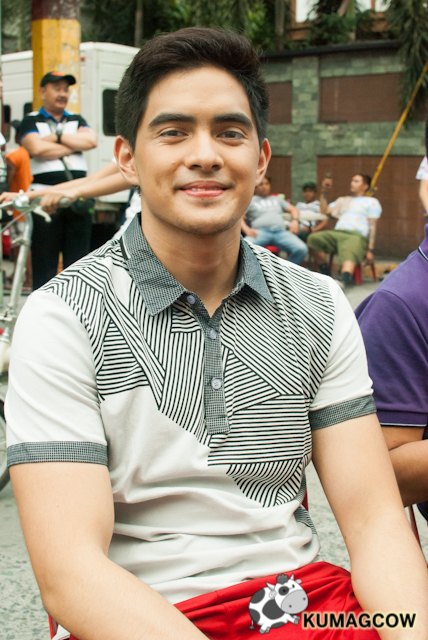 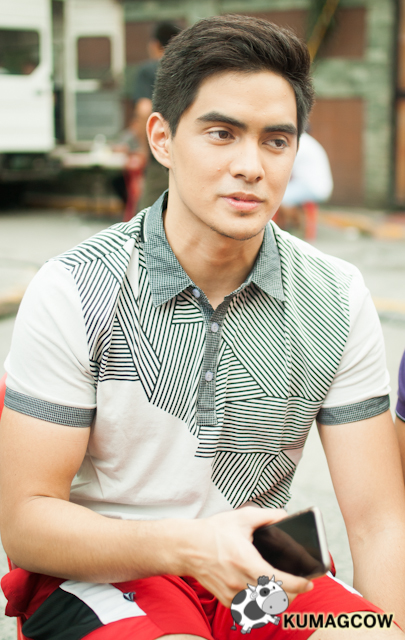 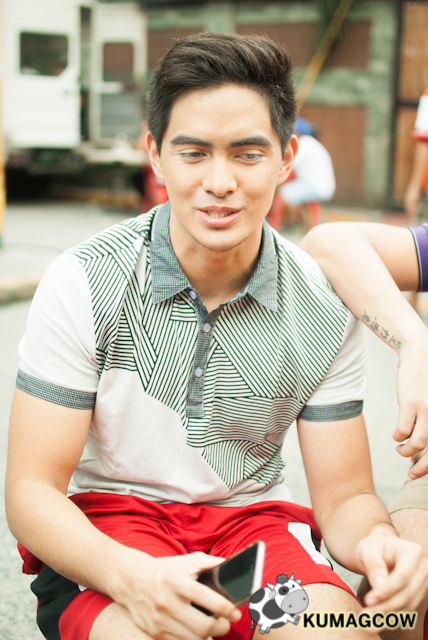 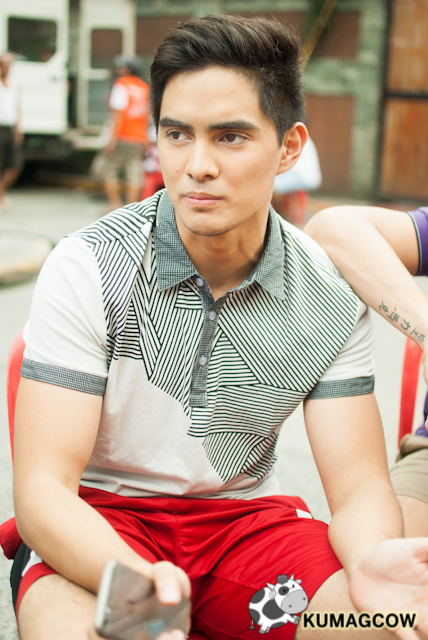 Later in the afternoon, we also got the chance to talk to Tinay's super protective brothers in the show. While talking to Mark Herras and Juancho Trivino, the word we mostly heard was they "attacked the role differently" as Peter (played by Mark) went on managing Tinay by letting her do things repeatedly or systematically whilst Bruce (played by Juancho) taught Tinay by letting her have her independence, or by letting her experience things like a normal person would do. These are two different approaches that stands in the balance in order to make Tinay's continued learning even at home. I felt their concern with Tinay and Chiechie's character and even though they look like support roles, Mark knows how their characters lives will be somewhat pivotal to the being of Tinay. It's important for them to mold what Tinay would become, a god fearing, good mannered lady even with an 8 year old's mind. Mark compares Tinay to just about any regular person and feels after this show, people should know that they are just as significantly human as we are.

Juancho on the other hand has been given the nod of his co-stars here and in other shows. He may be relatively new in the industry but they all mention one thing when they talk about Juancho. He's got comedic timing, discipline for his craft, and you know he's doing his best. Aside from the fact that he's so good looking with those deep set eyes, Juancho is becoming one of the most bankable actors in this station. If you get lauded by Bubble Gang peers, or in this show, that's already a BIG thing because these are accomplished ones too. Juancho has a huge career ahead of him and he's just starting, so just imagine where he'll be a couple of years from now. Here's our fun interview with Mark and Juancho on video:

We also got the chance to talk to Ms. Gladys Reyes and Chlaui Malayao on video, here it is!


I know you'll miss the show like I do, but just like any program it has to end. It'll be easier to have them send this abroad if they plan to. It would be a nice thing to actually do that so other nationalities could get to watch the show and connect with Tinay's story. Now I understand how each person actually care for another individual, no matter what condition they're in. I guess that's the point they're trying to prove, that in each one of us, we have that "Little Nanay" that genuinely is capable of loving another person. That's the point of the show. I hope just like me, you learned a thing or two about being human. Let's not lose that for fame or fortune, as it is what makes us different from other living things, and our capability to love naturally.

http://gmanetwork.com/artistcenter
Posted by John Bueno at 10:43 AM