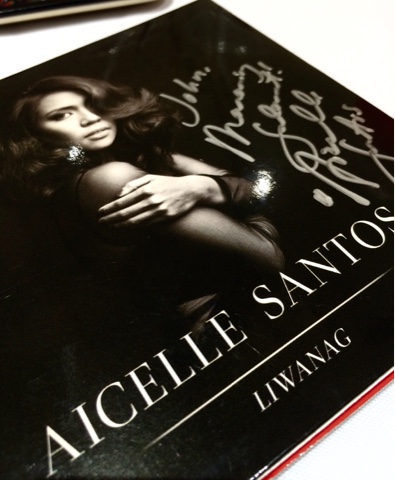 Moments like these make me feel special. We got to talk to a very talented singer a few weeks ago and she's Aicelle Santos. She's coveted the title of Traffic Diva lately (in hit afternoon show Eat Bulaga) but she's been singing Aegis songs these past few months/years for the theater adaptation dedicated to the iconic Filipino band's music. She's out with a new EP now called "Liwanag" which she independently produced. She's had a hand in choosing, composing, and arranging the songs that's why she feels it's a little personal this time.

Aicelle says "This isn't your typical love song playlist and each song gives a unique message about bringing positivity, light, hope and love." 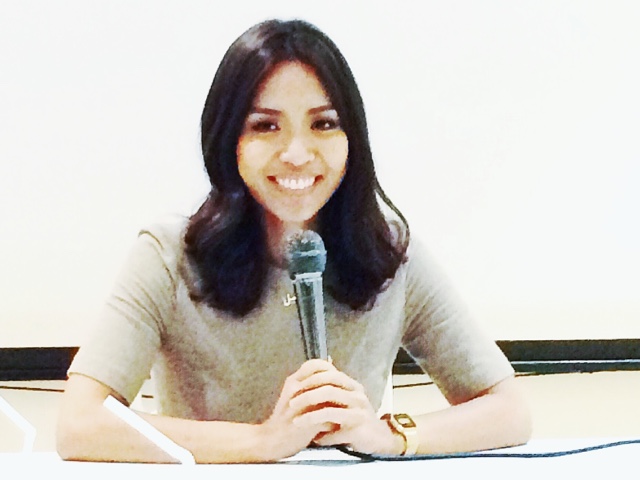 This is also going to be distributed by HOMEWORKZ RECORDS which is the record label of RnB Prince JayR. It's now in stores and is available in leading record bars, Astrovision and Astroplus branches nationwide. Aside from the physical CD's, it's now available in digital format in iTunes and Deezer. Included in the album are 6 tracks with "Kapangyarihan ng Pag-ibig", "Liwanag" (her carrier single), "Tuloy-Tuloy Lang", "Palaging Ikaw", Imma Be By Your Side, and the popular Be with You (which is part of The Rich Man's Daughter's official soundtrack).

Here's our short interview with the artist when we asked her about making this album:


Here's one of the tracks which she sang during the event:


I've been listening to her album the last couple of days and have grown fond of the song "Tuloy-Tuloy Lang" but I know you may probably like the very emotional and positive "Liwanag" included in the album. I bet you'll feel good since the former is catchy and good vibe inducing especially when you have it on your playlist in the morning.

Congratulations Aicelle! You did good.