Skyworth Is Now in LAZADA 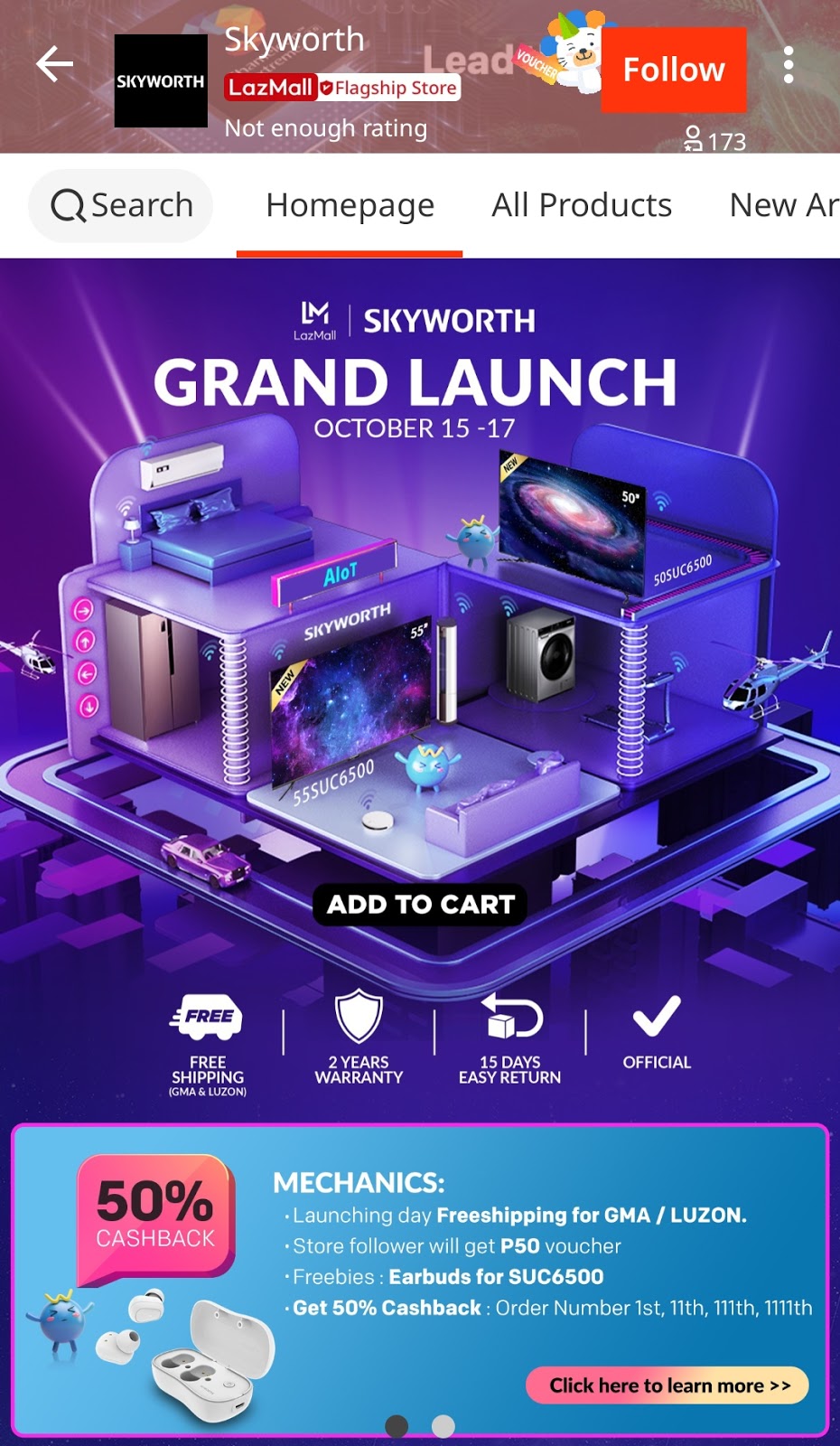 Skyworth launched their own store in popular shopping app Lazada. This comes as demand for online channels increased and it starts this October 2020.
Skyworth Philippines President Martin Han says "As the pandemic continue to affect the Philippines, e-commerce continue to play a big role in the lives of Filipinos, more so as we are limited from doing errands outside. This is why we decided to launch in one of the most visible online shopping platforms in the country.”
Skyworth has always adhered to inherent quality standards and it has made the name synonymous to an institution for sales of TVs and digital set-top boxes. Skyworth has also applied for more than 8,000 patents and completed more than 200 major scientific research tasks in national, provincial and municipal levels. Soon , they will release smart 32-inch sets to 55-inch Smart TV's. They also have a frameless Ultra HD (4K) LED flat screen which is powered by Android 10 OS.
Skyworth will also be including air conditioners and washing machines in the store as the goal is to make it a Skyworth flagship store for everyone.
They will also be hosting a live-streaming event on the LAZADA app come on October 12. That's gonna be a 3 day celebration before the official launch on October 15th. Skyworth will be offering tons of free shipping deals and vouchers to LAZADA customers plus a chance to win up to 50% cash back for the 1st, 11th, 111th, 1111th orders placed on the Skyworth official store. Now isn't that good news? IKR?.
Now go get your cart filled now before the sale starts, those things go fast really!
Start here!
https://s.lazada.com.ph/s.YkGxs