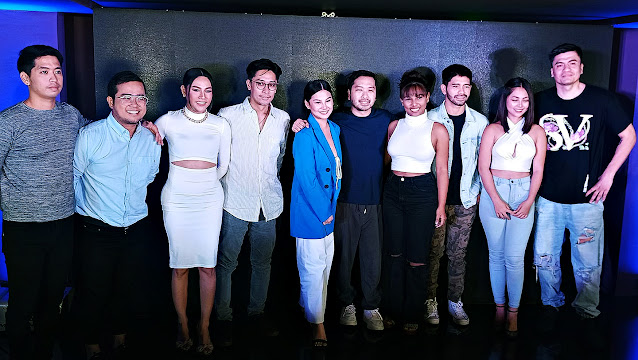 It was a fun afternoon meeting the cast of upcoming sultry, suspense-thriller movie called TAHAN, which will be directed by Bobby Bonifacio Jr. under 3:16 Media Network. Tough Executive Producers John Bryan Diamante and Ms. Janilyn Carrillo deem unnecessary to think that this would be a challenge to do while we're all going through the pandemic because the material and story written by talented Quinn Carrillo (who's also part of the cast) was already enough reason to do this film. Bryan Diamante stresses that even though this is his first venture into the production side of the industry, he's got total trust with 3:16 Media Network. His goal is not just to create a quality movies like these... but learn the ropes while he's wearing the production hat in hopes to make even bigger stories come to life.

He says "I'm glad that right now, things are easing up a bit. People are looking for interesting stories, Quinn really made a really good script and I'm very excited about it. I know this will certainly be something that people would love to see."

I've noticed that they've gotten no shortage of passion. Seeing how eager they are to tell the story (even if there are some really disturbing subjects in the story line) you wouldn't be able to just concentrate on it because of the realistic parts that would make anyone certainly connect with the characters in the movie. Lead star Cloe Barreto says "It's not that difficult and I think I'm equipped to do this. It's actually really exciting to see that I'm going to work with JC Santos and my idol Ms. Jaclyn Jose. People are going to learn a lot from the story, this is coming from the point of view of the daughter. She's gone through a lot and it will teach people that these things happen in real life."

Here's our video coverage of the story conference which includes a few questions answered by the cast. Please, enjoy! 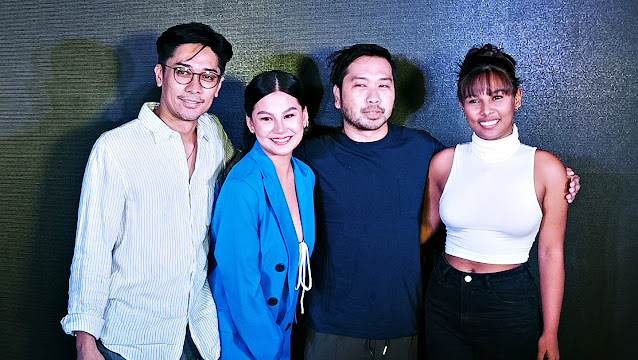 This surely looks so PROMISING, judging from the ensemble cast, a different kind of flavor from the usual romcoms you've been seeing released in PH theaters. One can just imagine how feisty Cloe and the cast is who promised they'll be bringing their A game once the camera starts rolling for this film called TAHAN. I can't wait to see it in theaters and digital platforms; they plan to have this out soon.


We wouldn't want to miss how this unfolds!