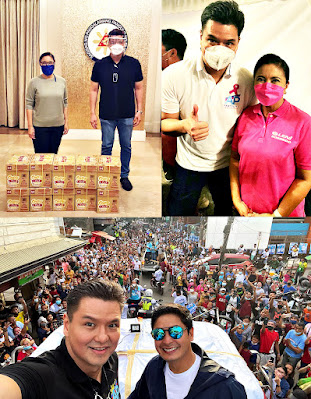 It was sincere, very timely and so uplifting to see that a lot of organizations have supported VP Leni Robredo's Presidential run including action star Coco Martin's AP Partylist which happened last March 20 at the mammoth crowd in the #Pasiglaban rally (now second largest crowd during this peoples campaign). They did the same pronouncement in Tagum, Davao on April 7, further intensifying their support for the Vice President on her bid to run this country. They had Moira and Jason sing for the crowd with their hits before festivities started in this region.

For those who don't know, AP Partylist represents the transport and livelihood generation sector. This is fully supported by the premiere action star Coco Martin and by Rep. Ronnie Ong (their first rep) to further help Filipinos who are in this field and their families. It has been evident that a lot of them during the pandemic lost their means of earning a living and representation in congress is needed to further have laws and bills passed that would help them even more. 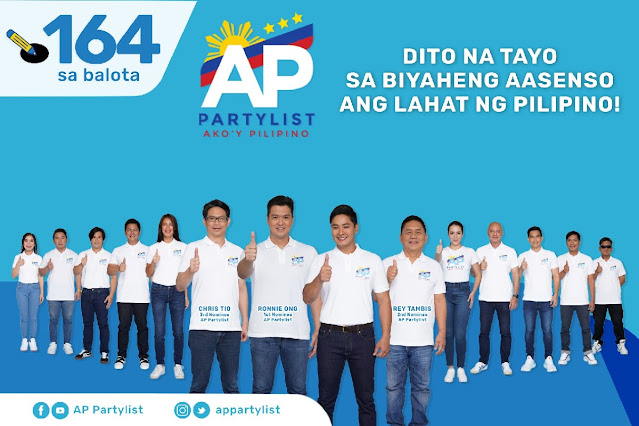 Man of the hour Coco says "Let us not be afraid anymore because we have AP Partylist. Let's take this trip where all Filipinos will get to improve their lives, come join me to support AP Partylist!"

Rep. Ronnie Ong adds "We have had the pleasure of working with VP Leni during the blended learning system and online module classes August 2020 and now have similar projects with their office to help transportation for health workers and frontliners through our Libreng Sakay. Our values align with hers and we will support her together with Coco Martina and the whole Taskforce Agila. We need to win for the people."

Just so you know, Taskforce Agila include some celebrities like John Prats, Raymart Santiago, Angel Aquino, Michael de Mesa, Marc Solis ad John Medina. Today they are continuing to intensify their support for VP Leni and her Angat Buhay Lahat vision for the Philippines.