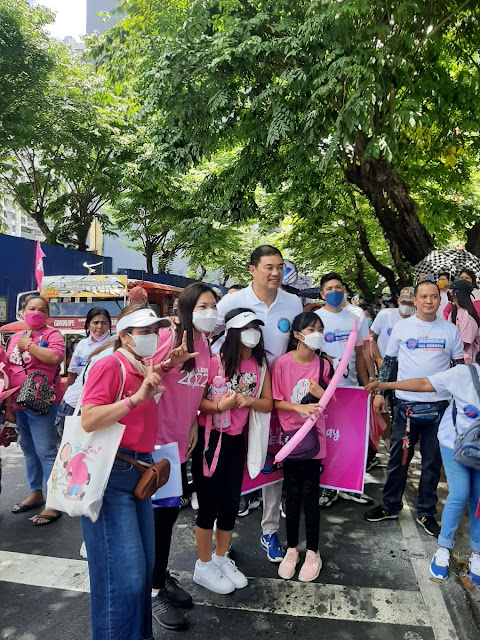 After the recent brouhaha regarding the flip flopping of a candidate from the Leni Robredo - Kiko Pangilinan Senate slate, Migz Zubiri was removed officially a few days ago. With this development, that particular spot has been the talk of the town and netizens are beginning to clamor for Senators be on that spot.

One of them is Monsour Del Rosario, former Olympian and Congressman of the first district of Makati who's done remarkable work in the House of Representatives. With over 292 bills and resolutions under his belt plus the very useful Telecommuting Act of 2018 or the so called Work From Home Law (which a lot of Filipinos benefited from during this pandemic), it'll be a good thing to see him formulate even more laws in the Senate. Twitter, Facebook and other social channels have been source of talk to have him as part of the official slate since he already is adopted by 1Sambayanan.

Del Rosario is currently pushing for his cause of healthcare by putting up Healthcare Heroes Card for frontliners, and pension for Athletes as sports is pretty close to his heart. He also is advocating education for children, those who are also differently abled, the need to help farmers and fisher folk, and ease of transaction with government agencies.

Monsour says "I am thankful for the support of netizens who wish for me to be part of VP Robredo and Senator Kiko's senate slate, but only they can decide on that. I know though that in the end, it will be the voters who would be able to put me in the Senate, with the help of 1Sambayanan I fervently hope we would achieve that on May 9th. I will dedicate my term for genuine service just as I have done in Congress. I am glad that I've been able to appear in the biggest Leni-Kiko sorties and talk to everyone there and Makatindig volunteer driven activities. I know we're all looking forward to a trustworthy government and commit ourselves to public service, for the Filipino and the Philippines."