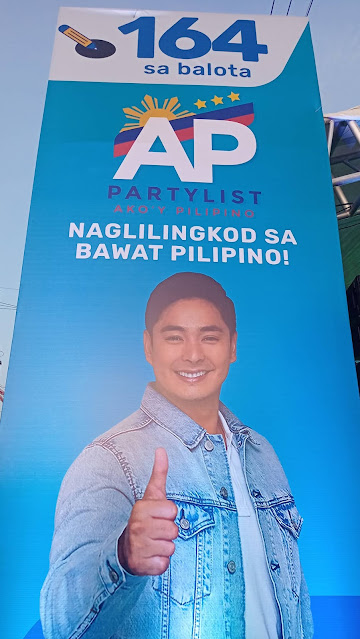 Yesterday was an eye opener for me. I got to witness a grand campaign by Ako'y Pilipino Partylist in Parola Tondo, Manila. It's actually very far from where I live and a bit adamant to go, but hearing that Coco Martin was part of the people pushing for the cause of AP Partylist tells me I should listen more about their platforms... this time, live and in person.

For those who don't know, they've been very active in helping people during the height of the COVID-19 crisis where Representative Ronnie Ong is running for 1st nominee. He did several projects these past few years which include free transportation for health workers,  helping farmers to get their produce to centralized pantries to feed communities, free tablets and access to internet connection for teachers and students who are having difficulty during the pandemic. This benefited communities around the country and helped public utility drivers, farmers, frontline workers to get to and from their work place. They also provided work for some ABSCBN workers who got laid off during the station's franchise woes that left 10K plus employees fending for themselves.

Coco and TASK FORCE AGILA knew about their deeds which is why they are in full force supporting AP Partylist #164 so that they may continue their projects in communities such as this one in Tondo, Manila. Coco says "Cong Ronnie has always been working so hard, we've been witness to that. Now it's our turn to support him, and hopefully you will too by choosing #164 AP Partylist on May 9th." 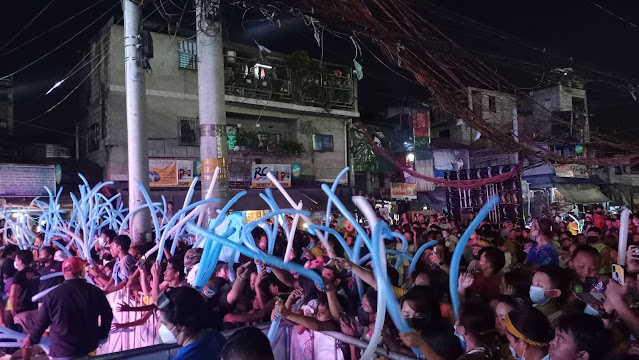 Coco and Task Force AGILA came from a long day of roaming the streets of Manila (through a motorcade from noon til night time). The place filled up in no time as it was pretty close to a community. They got a DJ from Cebu, DJ Jhaiho and Amazing Betong to host the event. It was met with excitement as several lucky guys and gals got to participate in games they prepared that evening. A mini pageant, a dance off, that got all of us entertained while waiting for the celebrities to come out. 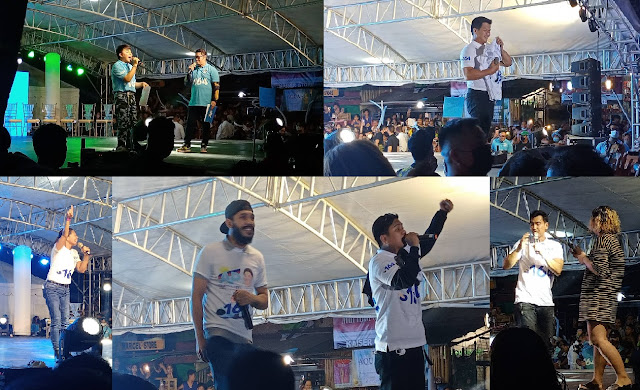 Aside from singing, dancing and entertaining the crowd that evening, each of the Task Force Agila celebrities had the chance to talk to the crowd about Cong. Ron's projects which he still continues to do today. Marc Solis, John Medina, John Pratts, Raymart Santiago, Angel Aquino, Michael De Mesa, told us about the importance of having someone out there to help people in times of crisis, when people don't have jobs and how they could earn a living (they also help MSME's and fund projects). They are also supporting Vice President Leni Robredo who's running for President as well this 2022. 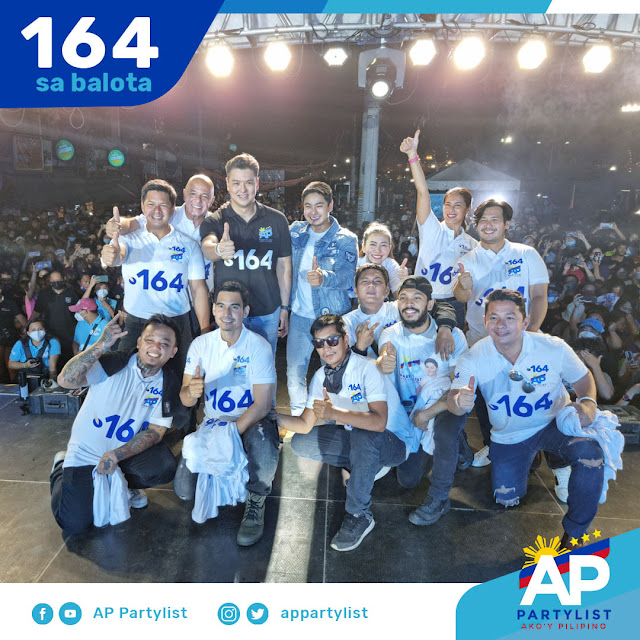 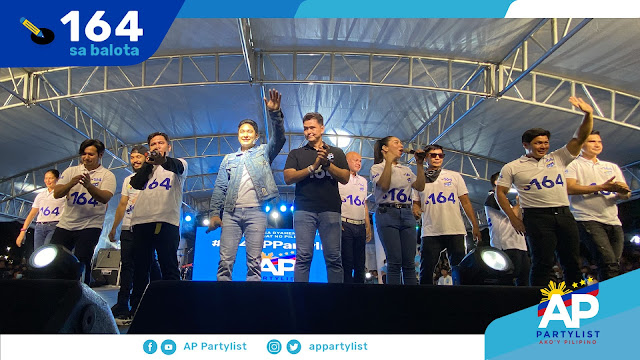 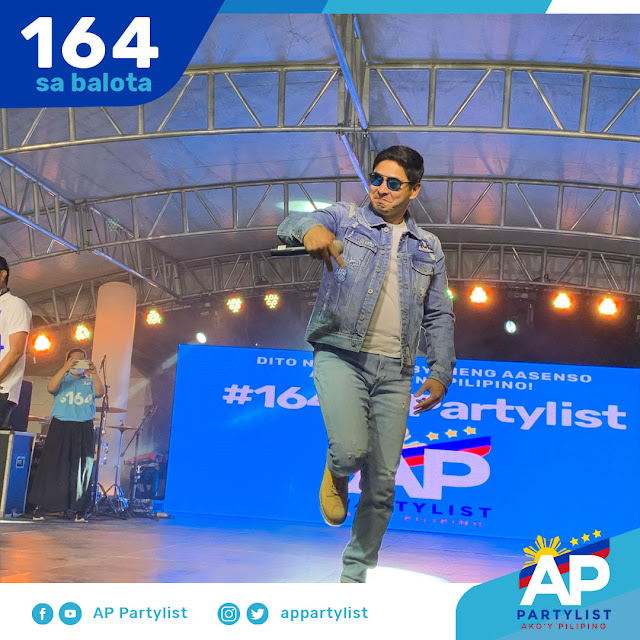 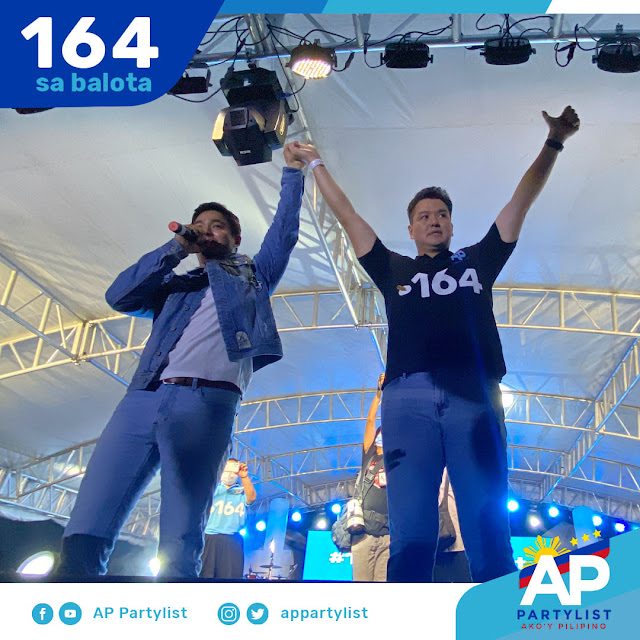 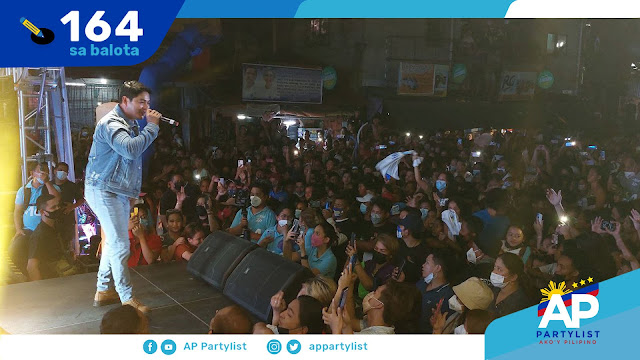 Meanwhile, Sancho Vito de las Alas joined Bassilyo, Sisa, Smugglaz who consider this their home turf so they got the crowd hyped up right before Coco Martin came out from back stage. They sung the "Ako'y Pilipino" theme, rapped some parts of it which touched a lot of the audience last night. They ended the festivities with Coco Martin going up on stage and the whole Task Force AGILA singing to the crowd. Coco reiterated how people need to help AP Partylist and Congressman Ronnie Ong have all of us who care about these causes true representation in the lower house. Because at the end of the day, each one counts!

P.S.Thank you to the kind people behind this event who had us experience this last night.