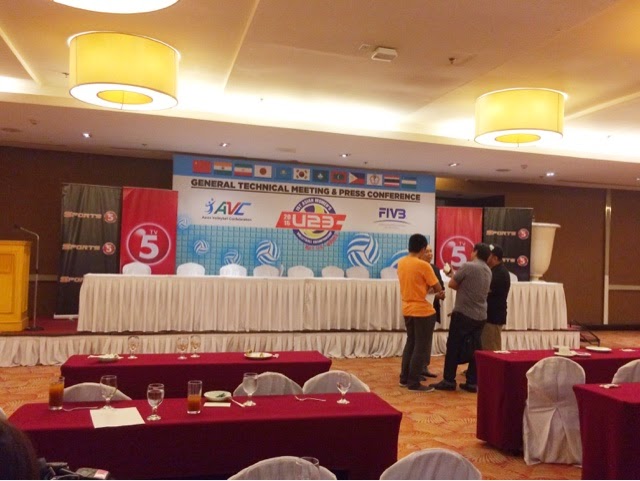 We're live blogging at the Crowne Plaza for the 1st Asian Women's Under 23 Volleyball Championship. In the General Technical Meeting and Press Conference we got to talk with our Alyssa Valdez who's the Captain of the Philippine Team. 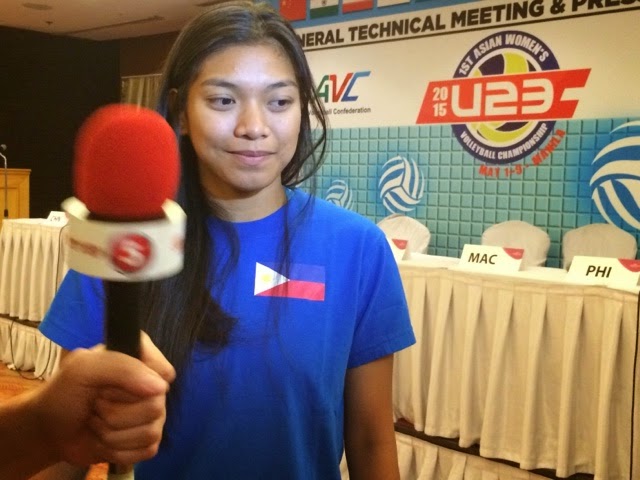 She says "It's really hard, we only had one month to prepare for this tournament. As a team we're not expecting anything because we're rebuilding. Compared to other teams, they've been doing this for years and some of them are very familiar because they've played internationally. Their edge is great, we've played with them and they are very skilled and body structure wise, they have it. They are athletic and fit, tall too. Jaja and I even laughed about it but we're preparing for any game, it's just our home court and we've trained only a month so it might be hard to do this. Hopefully our games would end up differently, we just have to improve and learn something new. We're trying to do things, kaya pa!

It happens that the Philippine hosting will gauge what we'll have to improve on, and on what level we are quality wise. Not just the SEA games, but hopefully a continued Philippine team exposure, we are so far from getting enhanced players, but we're starting now with kids and I think this depends on the support we get from our sponsors. Hopefully it continues. We're also inspired to play with Manny hopefully winning on the same date, that would be an honor for the Philippines, I hope he gets to also watch us so everyone would definitely be inspired to play for the country. We also don't know if we can watch the Pacquiao fight but hopefully we do.

We need to start young, proper skills, proper form, and they start competitive playing instead of just hobbies. They have special training, special schools for this, I think we can put up a fight but we're going to be just lucky if we win something. Looking deep inside, we're friends, but it's like 12 Jaja's that we're competing with. It's a team sport and we're looking forward to at least gel, winning will just be a bonus." 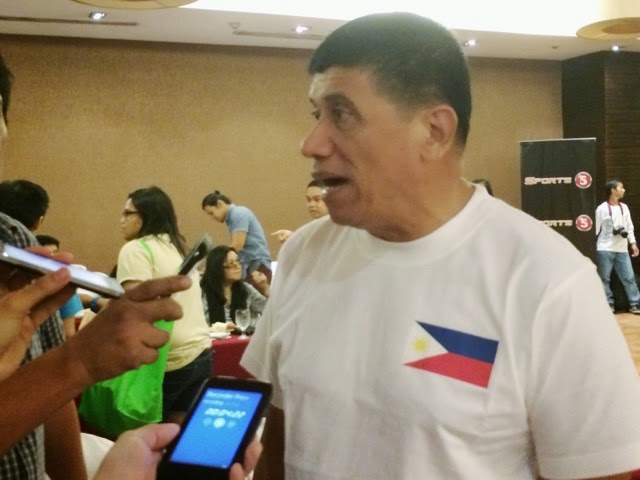 Coach Roger Gorayab adds "We're rebuilding, we're starting from nothing since it's been a long time since we've had a national team. We can probably match Iran but it will be difficult because of their height. Three steps for us is like one step for them. We need support, especially from the people because that counts. I hope people would flock to ULTRA to watch these games because they'll learn a lot."

The games will start from May 1 to 9 at the Philsports Arena in Pasig City. Philippines versus Iran will happen on May 1, at 4:15 PM and on May 2 versus Kazakhstan at 2:30 PM. Everything will be shown on TV5, Aksyon TV and live streamed through www.Sports5.ph. This is of course powered by PLDT HOME and Smart Live More!