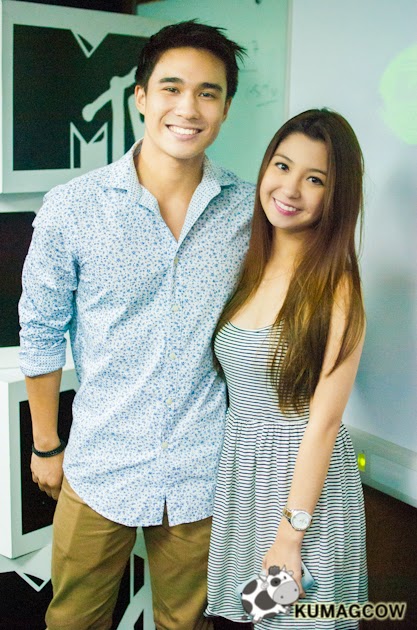 This afternoon was a bit special. We went to VIVA Artist Agency offices in Ortigas to actually meet the voices behind the film LOVE FORECAST. It's a film starring Lee Seung-gi and Moon Chae-won who plays the role of Jun-su and Hyeon-woo respectively. They'll be showing this film during the duration of the Korean Film Festival which is a series of movies that will be done on Sine Asia, which was born with the cooperation of two giant corporations SM Cinemas and Viva Films.

If you see the Korean stars in this film, you'll remember a couple or more series that have been shown on Philippine television like TV dramas Brilliant Legacy, My Girlfriend is a Gumiho, Shining Inheritance, The Innocent Man, The Princess Man and the movie War of the Arrows. Love Forecast will be dubbed fully in Filipino and to be done by Gino Padilla's son, MTV VJ Joshua Padilla and Youtube Sensation Donnalyn Bartolome. I've seen her in Wattpad Presents a couple of months back whilst this is the first time that I'm seeing Joshua Padilla. They look good in fact and if you see them together that afternoon, you'll think they're an existing pair. Here's an excerpt of their interview as they talk about the challenges in dubbing the film. 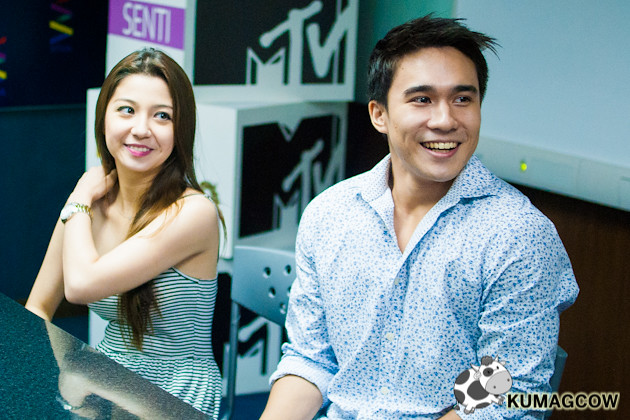 Donnaly Bartolomoe says "I really really had a hard time doing this, even more because this is in Korean. A little difference in the tone, would spell a disconnect between you and the character so you must observe the actual scene before you do it during dubbing. The small "What are you doing there?" in your own speaking voice and a high pitched one may mean different things. I started watching the whole film so I get into her character, I also read the script a coupe of times and by God's grace I was able to finish it. It was hard but I was happy because it's something new. I've tried dubbing before but I only did it to my own character in a local film. I remember the character had a lot to drink during the scenes and I added a few more words so it would look realistic when converted in Filipino. We would have suggested to each other and thought about throwing lines. It would have been fun. We even met the professional dubbers and I've watched their previous projects. Seeing them in real life is surreal." 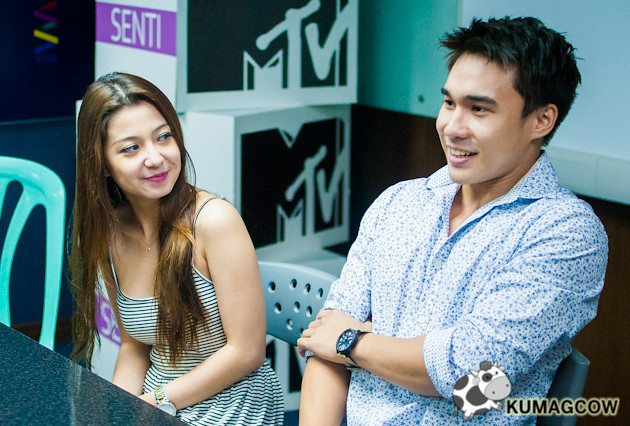 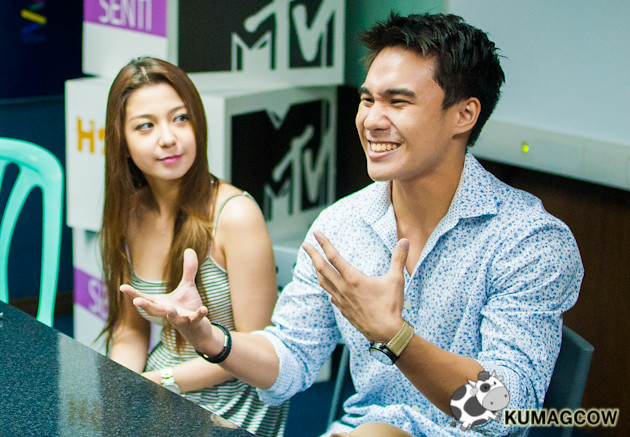 "I think I had my share of turning down men in the past because of the fact that they're just friends. If you're a friend, you can't really make me like you in courtship. Hiding feelings, like the character of Hyeon-woo was just done because she wanted to make sure about the next relationship that she had to go through, so did the guy right? I thought it wasn't going to work but after a few hours, we were able to do it smoothly. We had to change our voices a bit because we had to. Even if we tried not to, you need to enunciate, and be with the actions of the Koreans so the viewing public could understand how you could talk like them. The first day was really a nightmare and I wanted to cry, something so simple and it would only take talented people to do this. It was really hard. I had to always drink warm water because you had to breathe and the airconditioning was making us frozen in the booth. The first day had me work 8 hours in total and we had to do tracks so even if we worked in different days it was okay. We would have had more chemistry I think if we did work together, it was a challenge and perhaps it would be fun to do another soon. We learned a lot of words that I haven't used before and am trying them all now even if the Tagalog was so deep. It was really fun." 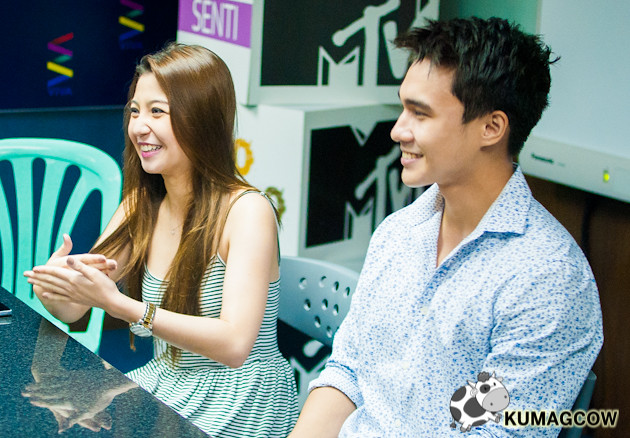 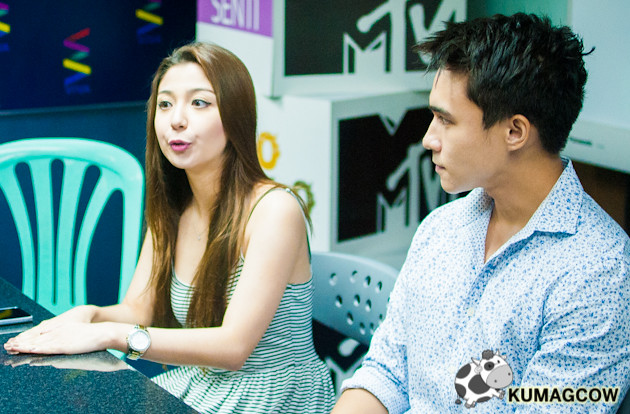 Josh Padilla says "I had a hard time in timing it, because if they're still talking you have to extend and shorten things in dubbing this film. I was able to do dubbing before but that was a long time ago. It would have been more fun to record together. I agree with you so I can hear what she said. Remember it was somehow blank to begin with. We didn't really undergo any workshop before this and went straight to the dubbing process so we had some difficulty in the beginning just like anything else. Then after a few days, we got the hang of it. I realized there are some similarities between me and him, I realized that on my own because I am kinda shy. It wasn't kinda hard to portray the character but the process was grueling. We were hand picked by Boss Vic and the production, I would do this again because it's really fun." 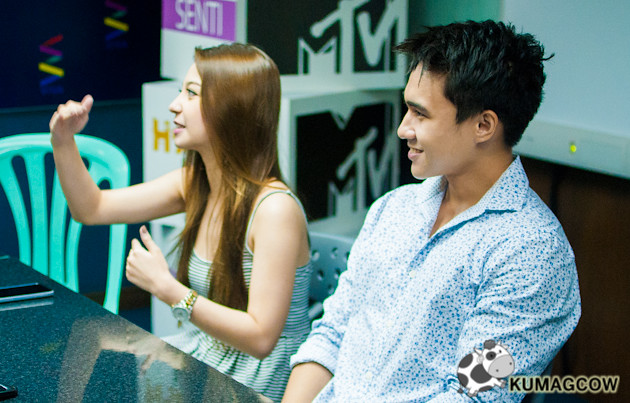 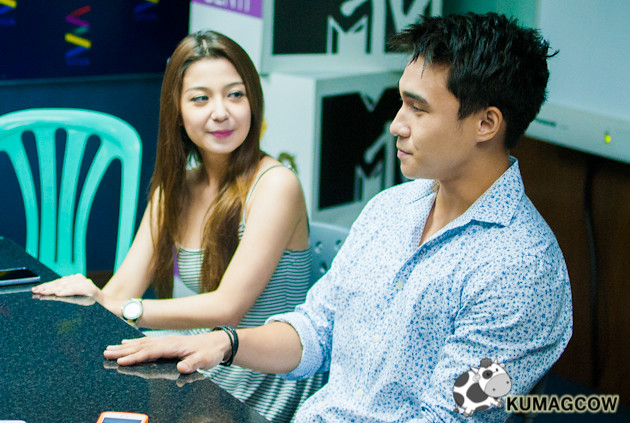 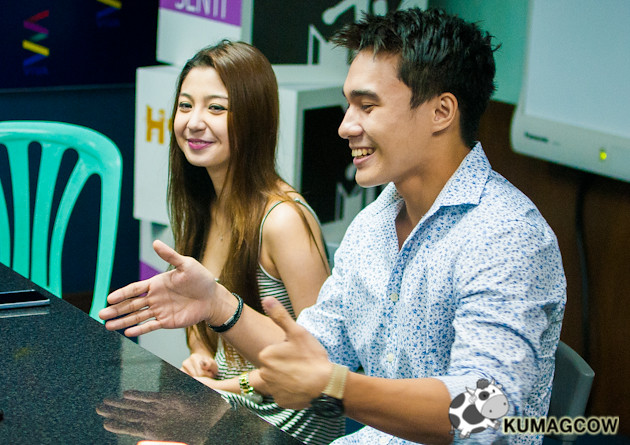 "In the beginning when I was talking normally, it wasn't like the guy in the film so I did go down a bit on the tone. We tried different kind of voices on the testing phase and eventually we got it there. We had to do mouth, tongue exercises and had to talk to Donna because it was really hard. I had to watch and practice, the second day was really better and we got to finish it half fast. In the booth, we had a person help us and sound engineers plus the director was in another floor. We knew what they wanted through a cam and we did everything remotely. We were guided, we were good in practice but if it's already a take we'll mess it up again. We had to repeat lines over and over again, you'll only get a high if you get it the first time. I was really happy to have made this film in Filipino. This is an all tagalized movie through Sine Asia and will be seen soon exclusively in SM Cinemas." 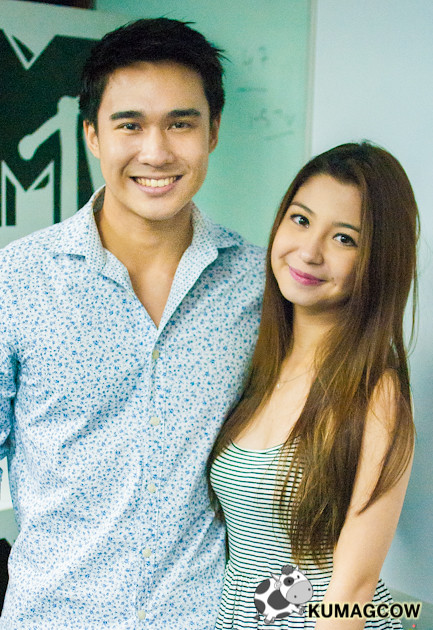 Donnalyn Bartolome and Josh Padilla would like you to watch this soon on SM Cinemas. There's no playdate yet but it's going to show in the next few weeks. These will be done nationwide on SM Sine Asia theaters.

http://vivaartistsagency.ph/
Posted by John Bueno at 2:57 AM