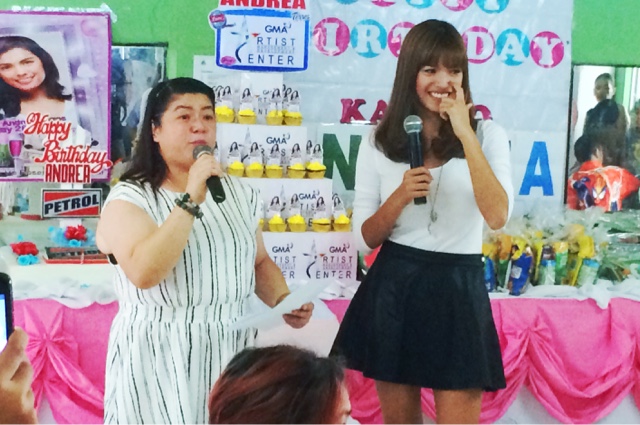 It was a morning of touching scenes when we went to Barangay Pagasa in Quezon City for the birthday of Andrea Torres, one of GMA's prized actresses. She chose to do it again today with SPED and special children from the community and she even brought her brother who's also in the same condition. She's proud and happy that people are starting to get educated about their condition and treat them quite normal, as they should be all family. 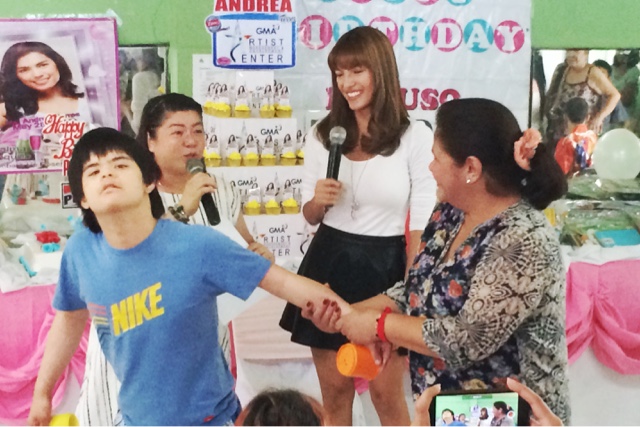 Andrea's brother had down syndrome and is behaving quite beautifully because his parents and the community played a part in therapy, training and honing his surroundings with positivity and acceptance. The Barangay Captain and his Councilmen thanked GMA and Andrea for visiting them that afternoon. 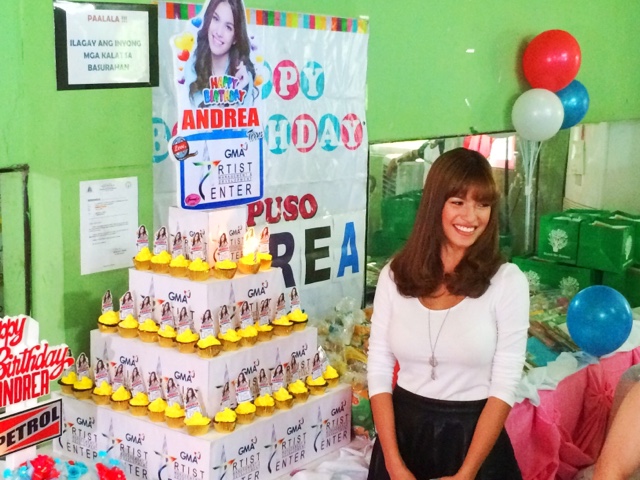 Host Tess Bomb tried as much as she can not to cry because she also knows how hard it is for the moms present in the occasion. Taking care of a child with special needs actually takes a lot of effort and this event is a way for Andrea to thank her supporters, fans and the moms  who have been able go the mile for their loved ones even as they're in this state.

Andrea joined and played with them in small parlor games and gave away a lot of presents so they could go home happy not just with the gifts, but with the memory of at least once in their life they got to share a moment with Andrea Torres whom they love even more after that. 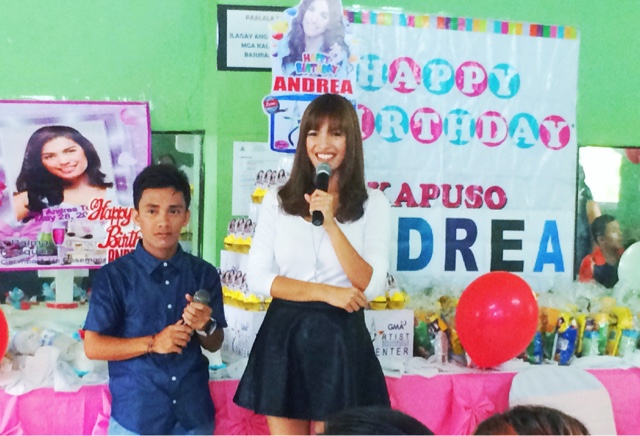 One of the kids also sang a song for Andrea as a way of saying thanks in his own little way. Andrea also thanked her sponsors Aquabest, Scent for Senses, Skin Rejuve, Happy Haus Donuts and Petrol for chipping in on the goodies that she gave away for the moms and their kids with special needs. She also thanked Artist Center who helped her organize the event as usual. She hopes in some way she inspired the Moms and their kids to take good care of their family members in the same situation. She's happy that she get to spend time with them despite her busy schedule. She's on Sunday All Stars so watch out for her production numbers there! In August, Andrea's also coming out in a film and series of shows which was shot here and in Cambodia. They also worked with Cambodian actors so this is really something big to watch out for. 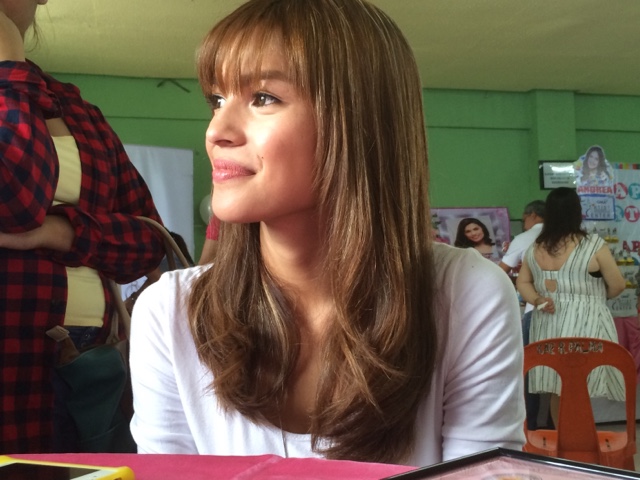 http://gmanetwork.com/artistcenter
Posted by John Bueno at 12:31 AM