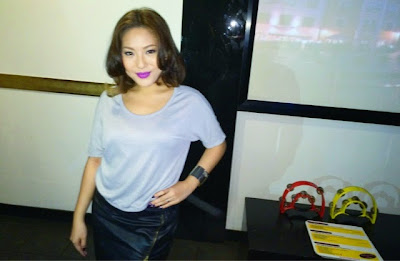 It's not my first time meeting Rita Daniela. The time I did see her was for some programs in GMA, though seeing her sing during a doxology in Thea Tolentino's 18th birthday just gave me and the guests goosebumps that evening. She's worked hard and finished her studies. She felt it was her priority and since she's reinventing herself, she marks this as just showing who she really is. 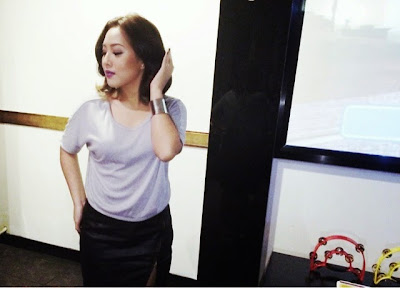 She just launched her self titled album "Rita Daniela" last month of which she hopes would give us a glimpse of who she really is. This is an EP to begin with, so you can say all these songs are carefully hand picked, designed to be listened to, and remain lingering in your head for a little while, perhaps be a "last song syndrome" like for days to come. She's shying away from the image of the kid that won the QTV11 contest a long time ago. The journey was long, and she even compared this breaking out moment like that of Miley Cyrus, and hopes this new phase in her career make it all the more exciting for people who would want to get to know her music. She even puts it out there that her genre is a mix, not just RnB, dramatic, romance or heartbreak filled OPM. It's just like her that's influenced with a lot of things in music, it's everything that she loves!

She's also going to be in the show "Let The Love Begin" which will start in a few weeks. She's done countless shows where she usually does play the villain. She doesn't feel typecasted though because for her, being an anti hero just meant doing a role with the same intensity, same level of difficulty to become believable. She did that fantabulously. Aside from singing, she's also become adept in dancing. During the blogcon, she moved to the beat of several songs, and we felt a little inferior when she began singing standards too. 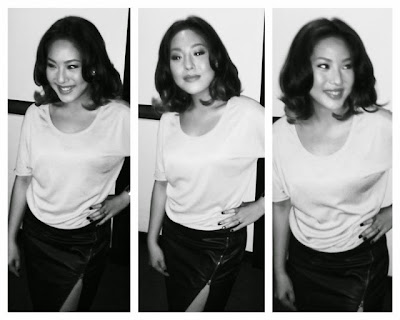 This is just the start of her journey. Rita Daniela's self titled album is available in Astroplus, Astro Vision, Odyssey, The Landmark, SM Music and video outlets nationwide. It only costs Php 199.00 and totally worth it. Don't miss listening to my personal favorite "I'm Flying High" which is also her carrier single, plus other tracks like Di Lang Ikaw, Fallin, Ihip ng Hangin. She's also releasing a music video for this in the next few weeks. She wants to fulfill her dream to be the "Total Performer" and she's got all the things to make it in the music industry. Congratulations Rita! Thank you also for being so nice during the event!