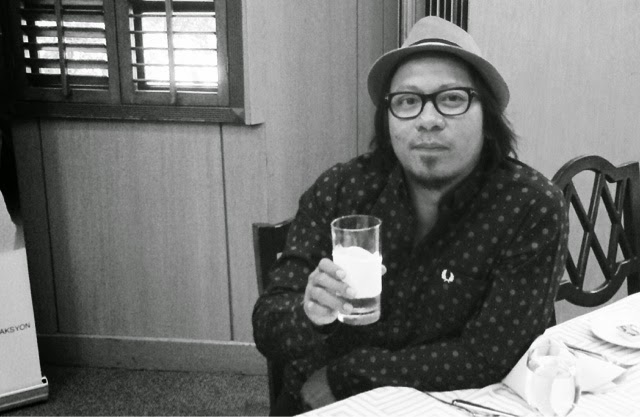 This guy right here is made of legends. i think he's also a genius, a talker, and a damn good singer. Last time I saw him was in 7107 Music Festival when he performed on stage with the whole Radio Active Sago Project. Sitting amongst the throng of media people, I could hear him discuss history and controversies about Bonifacio, Aguinaldo, Del Pilar and a couple more national heroes in the mix. There's a smart repute, a crazy fact, mostly things that were not uncovered by history books we had in school. It made me realize we were getting dumbed out by textbooks. He goes on correcting facts in his program and adds on different things that may make you doubt what is supposed to be genuine history. It makes you think, at least that part is great.

He just won Gawad Tanglaw of which he's probably one of the youngest guys who ever won it. He's also won awards for his documentaries with National Commission for Culture and Arts. Add to that Hildegarde Awards for "History with Lourd" and Adamson University's Annual Media Awards. He's got a few programs on TV5 like Aksyon sa Umaga, Aksyon, History with Lourd, Word of the Lourd, Chillax and a new one for online consumption entitled "KONTRABANDO" that will only appear in the Word of the Lourd Facebook Page. Now netizens will get more regular treats from this guy, no holds barred. 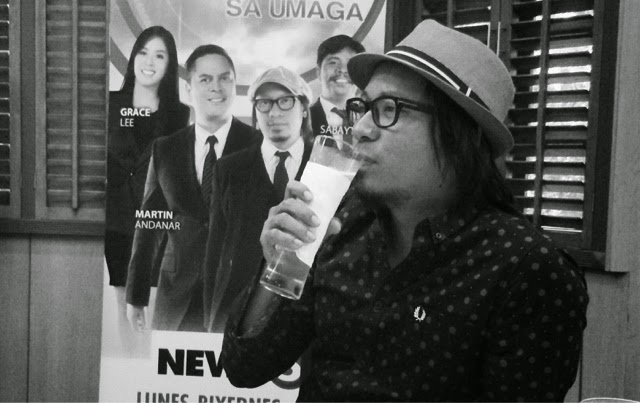 He was just in Pagasa Island the other week of which 91 people there where only 2 females were around. He also got threatened by China as he was supposedly flying over their military territory. He was offered to appear on TV initially by Patrick Paez who's now part of TV5 News. He wanted things out of the box, short videos, like Word of the Lourd. They found out later on that more people went on watching the shows on Facebook, back when it was just starting and they didn't have limitations in that channel. He's not the usual uptight coat and tie anchor, but he sure is making waves on TV like he's king. He also went to say he's committing sin right now, with a lady from Star Cinema but he's all good because that's just a take back on his Radio Active Sago Project times when he thought that he'll have tons of girls as a rock star. He said he was always "nganga" and went home not meeting her most of the time. They're still together and still happy with their dogs. 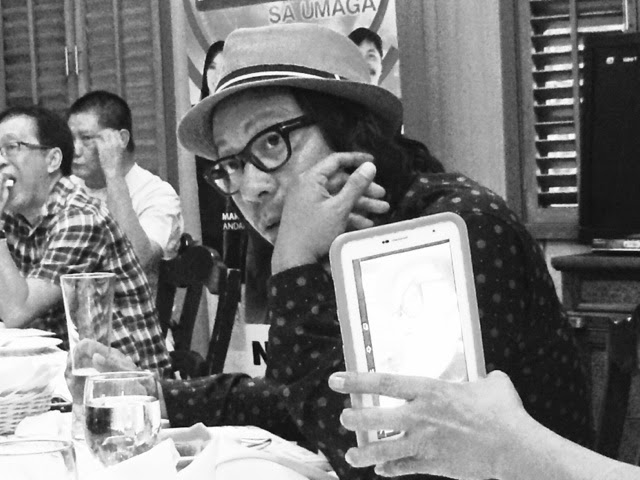 You'll hear more of his brand of news in these shows. Kontrabando will be shown online with Jun Sabayton, RA Rivera and Ramon Bautista as cast. Remember, they won't be filtered there so expect things to be crazy, like crazy serious! It's got room for improvs, taped quite raw and very silly. He puts it like "Tarant@dong News" and the best there is in the world. You just gotta see this.