The Cast, Director and Author of "Para Sa Hopeless Romantic"

It was an awesome day to talk with some of the stars ofPara Sa Hopeless Romantic (For the Hopeless Romantic) at the VIVA offices in Ortigas. I haven't been able to do this because I've been really busy these past few days and I thought this was an opportune time to get to know Direk Andoy Ranay, the author of the book Marcelo Santos III, and the stars of the film. We were also with the charming AJ Muhlach, the gorgeous Shy Carlos, the demigod James Reid and the beautiful Nadine Lustre. I've covered the grand presscon a few weeks back here but I've never been able to sit down with them so intimately like this. I could see them up close, like see the real complexion of their skin, the small things they do for each other. I couldn't wait to take photos of them, thanks to VIVA who made this possible./div> 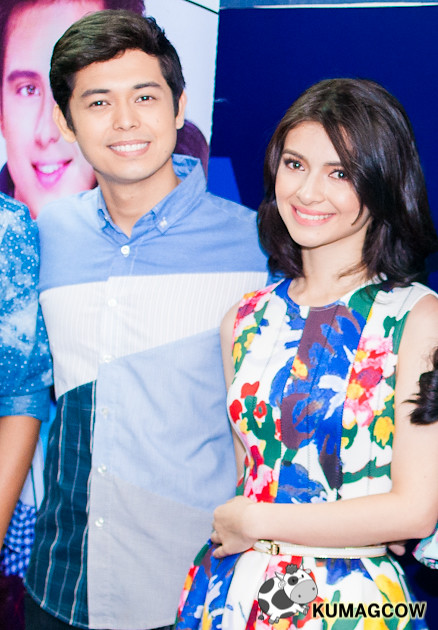 About being hopeless romantics....

AJ Muhlach was pretty aware about what a hopeless romantic is, he mentions "A person who's a hopeless romantic basically loves someone who would only love and love somebody but doesn't get love back. I don't know, I'm just figuring out things now because we kinda asked the author about it earlier. I might be one, but I think I'd be capable of giving love even when it's not reciprocated"

Shy Carlos on the other hand says "Maybe I am, I am a little idealistic. As cliche as it may sounds, I believe in forever... haha I'm okay with that" 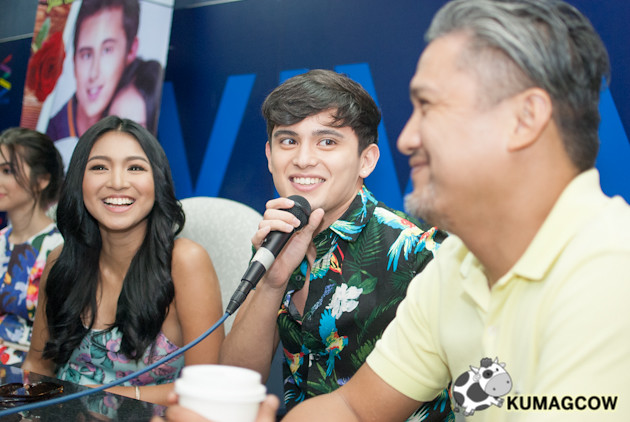 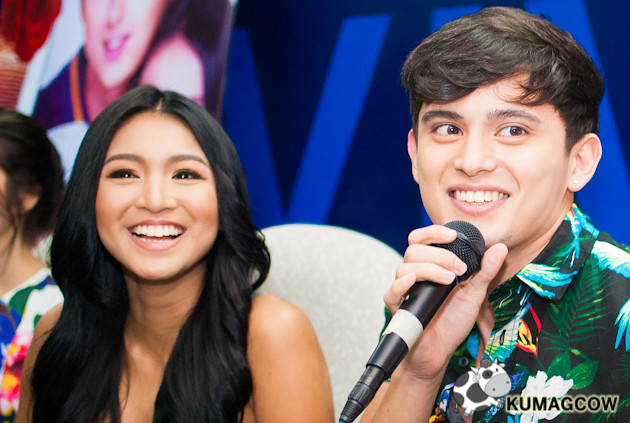 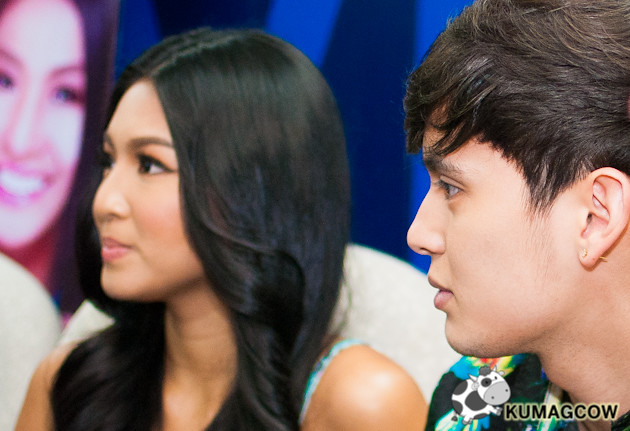 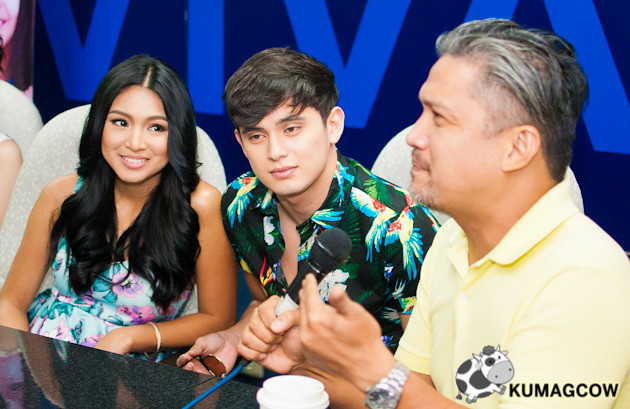 Nadine says "I think everyone is a hopeless romantic at some point in our lives. It depends on the level, but for me, I just like the feeling of being loved. I want to be in love. In a way, I even like the feeling of getting hurt a bit, a little weird right? I may be a little hopeless romantic but I've been in a lot of situations where I've learned A LOT from, I've already woken up to the fact that I may not be as hopeless as before."

"I feel like I'm a hopeless romantic because when I fall in love, I always end up thinking that nothing else matters. That feeling, I think I am." says James Reid.

Direk Andoy Ranay even interjects "If you look at my twitter profile, you'll see what I put there is actor, director and hopeless romantic. Even before the movie, it's fate, I think this film happened because I am too. I always am bongga in love, I can relate while making this movie especially the character of Shy Carlos. It's fun to do this film because I feel I did undergo the same trials as they have. The difference of this between Diary Ng Panget was I wasn't aware about Wattpad, but after that I already knew the small stories become published and it's digital. This one isn't and I like reading. I loved this book and it is relatable, it's very sweet because we all fell in love at one point in our lives. That feeling of having crushes, in highschool where we get connected in some way with the boy or girls we loved, it's just romantic. When we were a little younger it's different, unlike now that it's kinda open, that's what we learned while making this film." 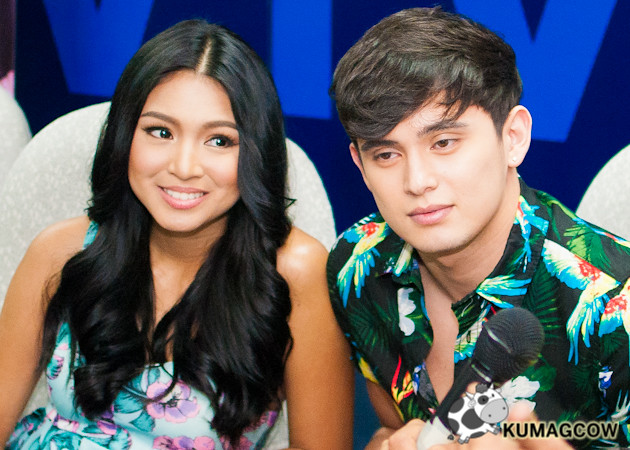 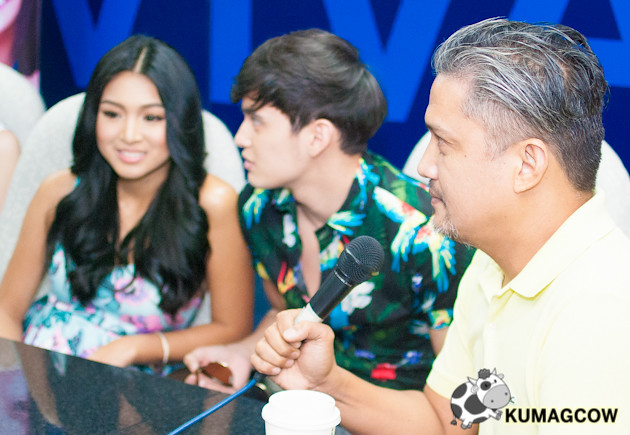 About the characters they play....

James Reid describes how close his character is to him in real life: "For me I relate to Mico, I've been in his situation before, like hopefully babalikan. If you compare this with other characters I played with the past movies, he's more mabait. This is why I think he's really near my personality."

"I can relate to Becca because we're both hard working, a good daughter, a good sibling, a working student and in the trailer, I've been hoping to "move on"... yes I've been through it too. I've been there and I know how it feels to be like that." says Nadine Lustre.

Shy Carlos on the other hand finds it fun and says "We're both babaeng bakla. She's more intense though and I couldn't agree more in some instances."

Aj adds "I on the other hand couldn't relate that much with the character. I did the acting thinking about the playboys who did it back in high school, I concentrated on that specifically. I was a little too shy back then and didn't have that much time with girls in the past. I was a bit torpe. I just encountered them so I just tried my best to emulate how they move, how they act too." 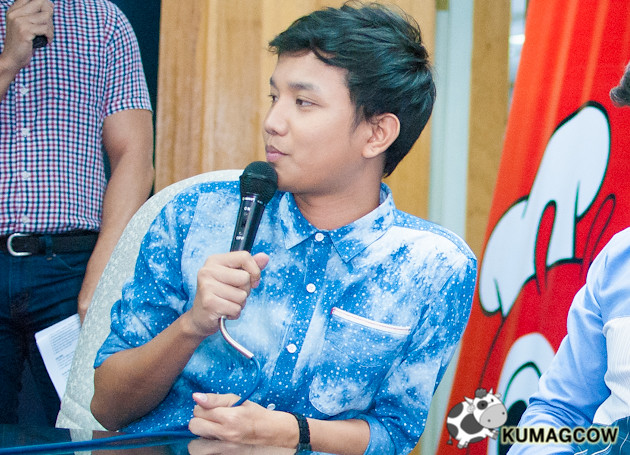 About the process of making this film...

Marcelo Santos III who authored the book describes the film making process and says "I started writing "Para Sa Hopeless Romantic" in yellow pad paper and when I made this, I made it into a novel without thinking that I didn't have a publisher yet. Then when Viva offered, they got me to be author. I thought my dream was only to publish the book, but now it's a full blown movie. I couldn't even believe that it'll also be big stars playing the characters. I am so happy, I am blessed, I saw the preview last week and all my expectations were just exceeded by the film. It's more kilig in the film than the book. It's a really nice film, that even if you're a reader you'll still pick up something from the film so I'd like to thank Direk Andoy, the artists. I am happy! The ideal relationships, the ideal chances, you'll see them all in this film. If there's a problem about love, you'll see it here. Even if you're young, or with someone special already, you'll see it in Para Sa Hopeless Romantic. I am happy, before I used to just ask my friends to read this but now the authors of this generation has a new wave and we're reviving reading books and novels now. I feel good that people appreciate that now. I am so blessed that this happened. There's hope, in every relationships, in happiness, in true love, there is hope if you read my books, there is inspiration, there is forever."

Direk Andoy Ranay adds "Thank you to Marcelo for making a material where we didn't have to think anymore. All the literature just described the scenes in the film that we had to make well. Mind you, the preview you watched didn't have scoring or added flare yet, so people should expect an even better film when it comes out on theaters soon! It'll be complete, it's on timing, it's got the seal of approval of the author himself!" 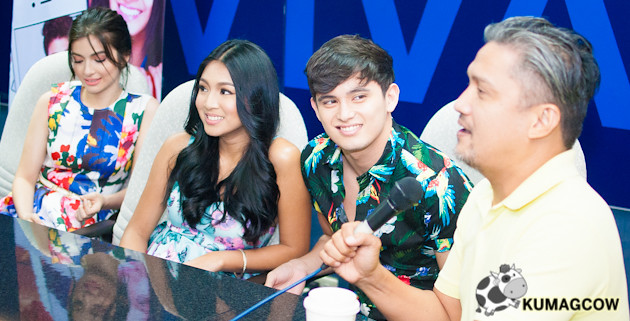 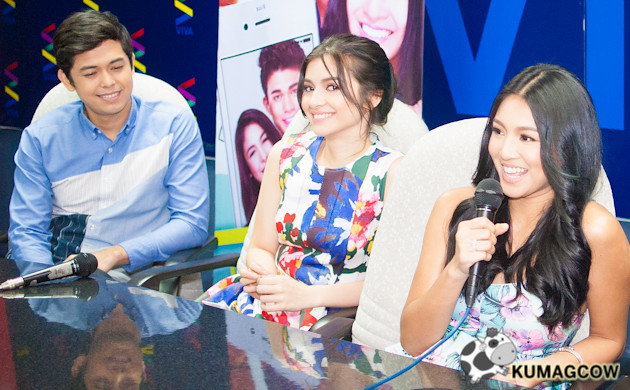 About their experience in acting...

I asked Direk Andoy Ranay about their performance in the film. The last time I interviewed him, he was with Maricel Soriano and Dingdong Dantes for a project in another network. They were intense and I asked about how they fared compared to artists he's worked with before.

Direk Andoy says "There is a difference, these are really new stars and acting wise there will be something lacking because it is based on experience. This is just their third film and they're still learning. Sometimes I have to explain things and when I see them a little startled, I put it in layman's terms and repeat it in words, situations that they could understand. It's actually the reason they had me in this project. Then they understand. That's my role as the director, where the film will be going, where the film will be heading."

Then I asked the cast about how their acting, if they wished to have done a better job at it.

James immediately answered "The characters are young to begin with. It's very much realistic in this film than my previous ones because like in "Talk Back and You're Dead" I had to think of a way to be a little bad in that film. Here, the story is much relatable, even the characters. So I feel like, I did the part because I've experienced what the characters have been through. I think that's why I did a good job."

Nadine adds "For me, I admit that I did have a hard time doing the role. It's just that we were really lucky to have Direk Andoy be there so he could explain things the whole time. My role here is very negative the whole time, like throwing optimism outside the window. All the things she says she's going to be negative about it. I had a lot of scenes too to cry for, but I don't want to delve into the role too much because I'm afraid to be in that situation. It's just something that I may not be able to control, it's just better because Direk was there to guide me." 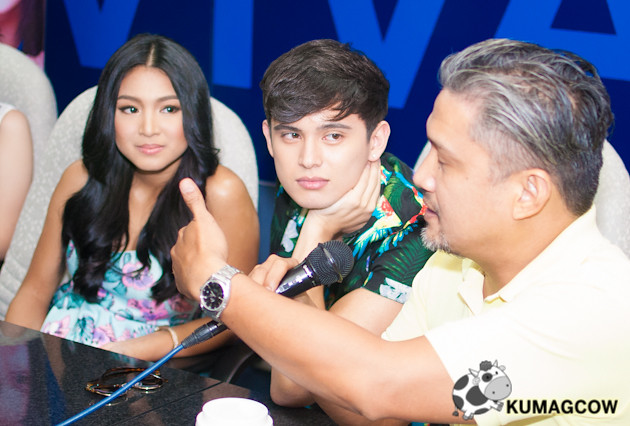 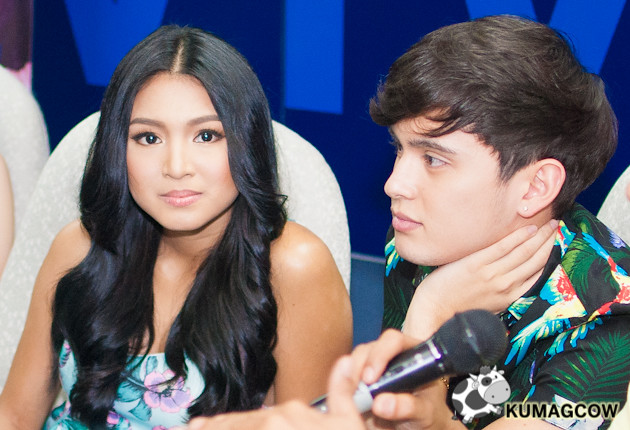 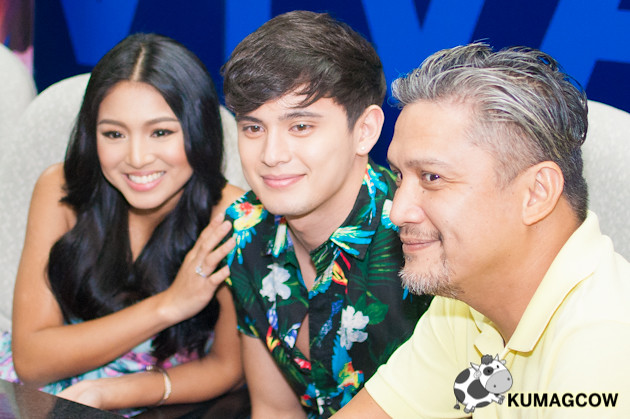 "It's not that we wanted to be changed, this is our work so we're doing our best. If we lack something, we have Direk Andoy to help us fill those gaps. I haven't been a playboy in real life, I'm not a basketball player nor am I athletic too, I'm not the sporty one at school nor am I confident in front of the cam but that's where we put in the work. The whole cast and staff is so good so if you ask them a question, you get the answers and you kinda get everything you need to make it work." says AJ.

Shy Carlos on the other hand says "I admit I had a hard time in these things. I just tried to feel it, I tried to put myself in my characters shoes and think of what I could have felt when I'm in her situation. I had more problems actually in the comedy part because that requires a lot of timing and if you don't deliver that on point, it'll be disastrous. I didn't want to be just okay, I tried to do my best of course." 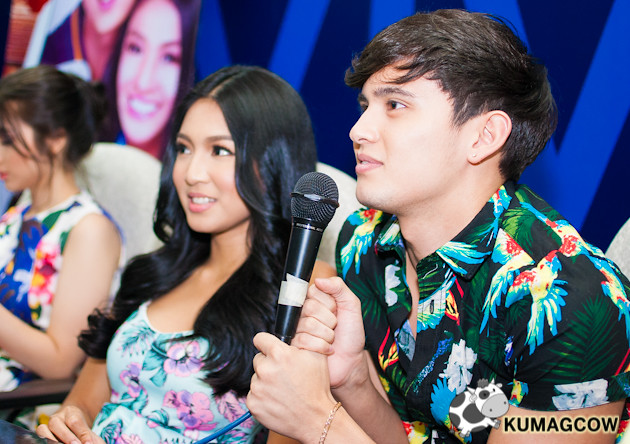 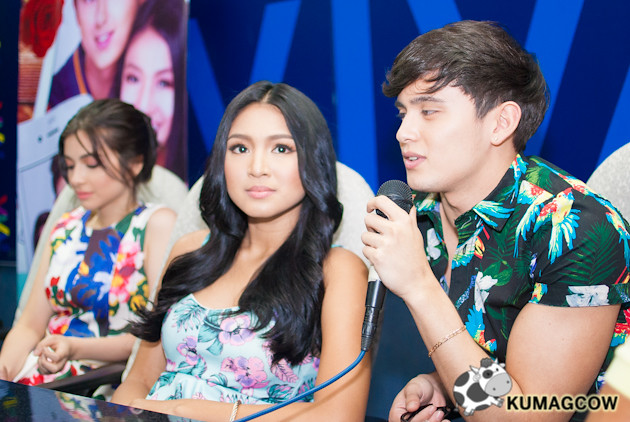 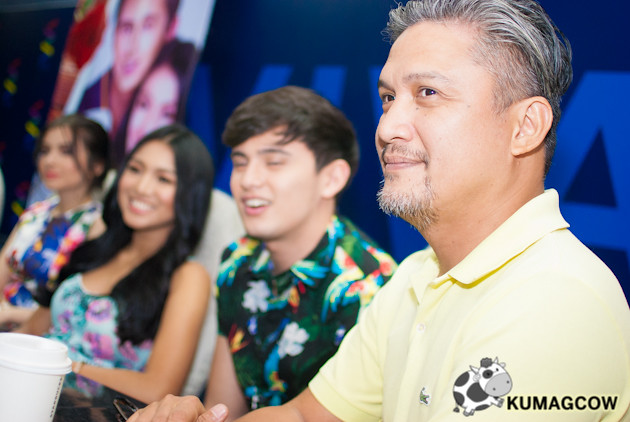 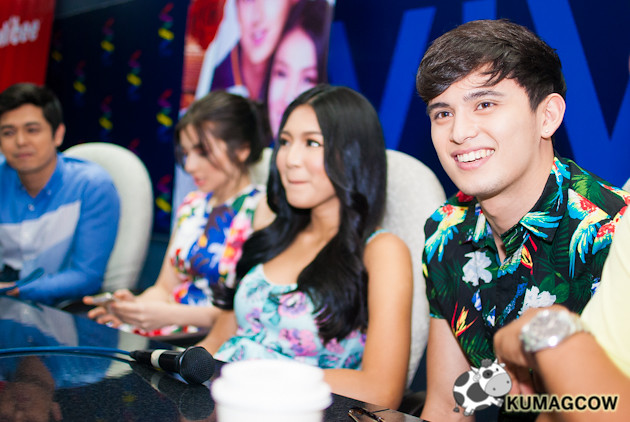 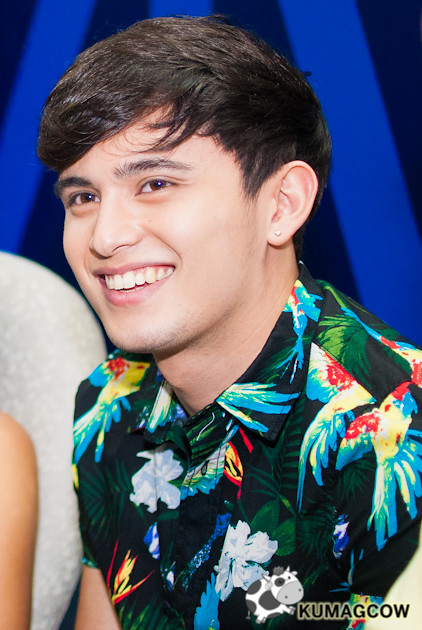 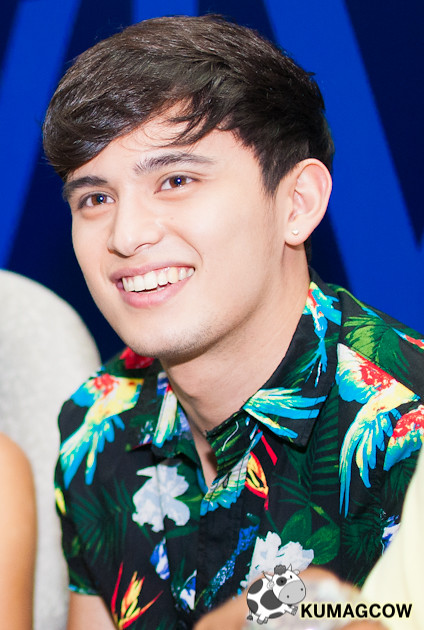 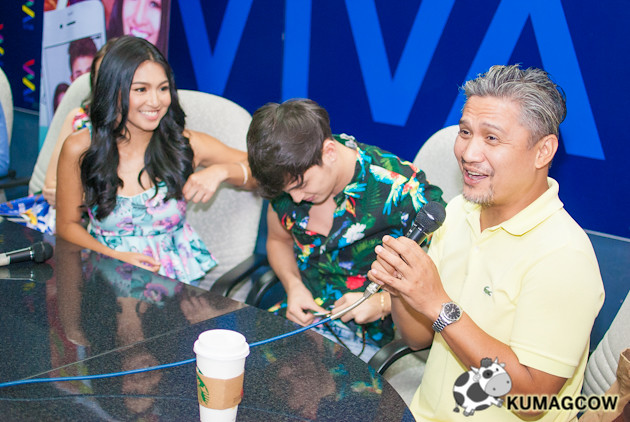 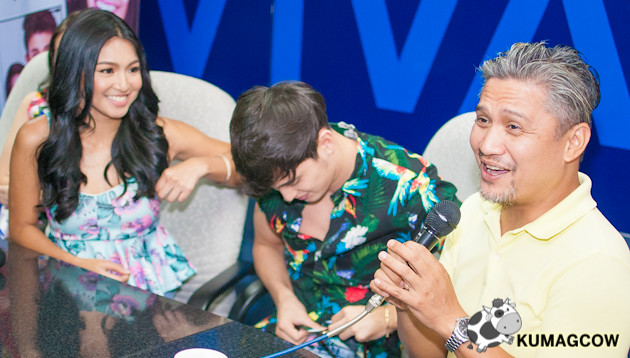 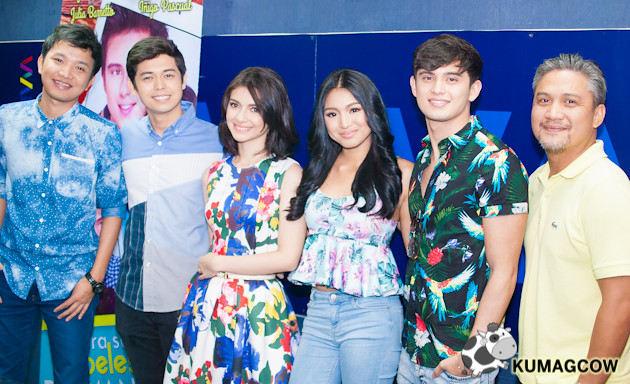 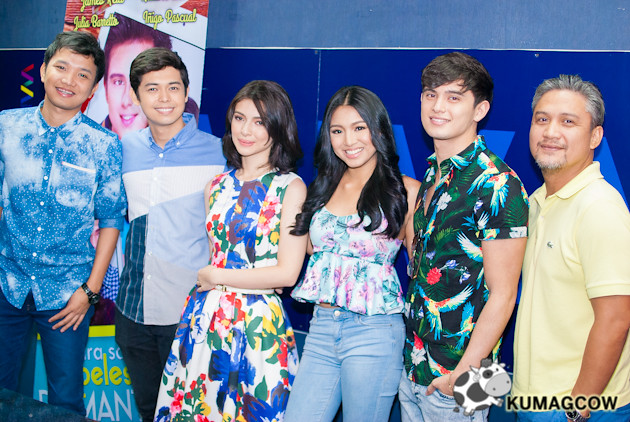 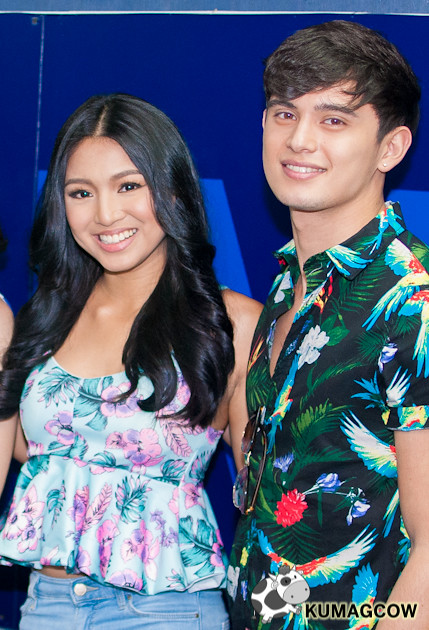 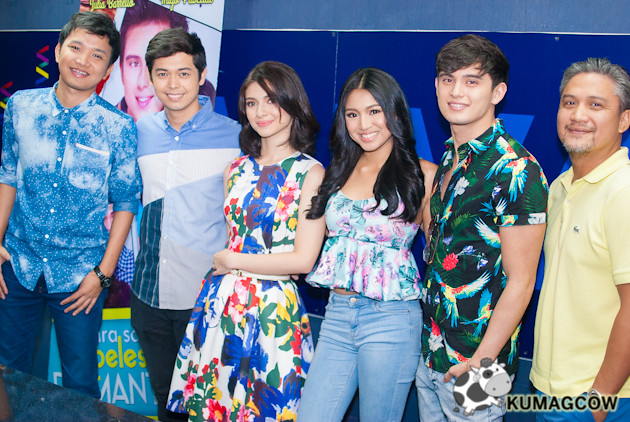 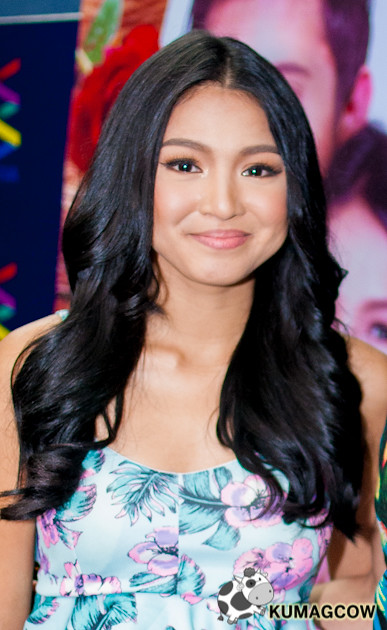 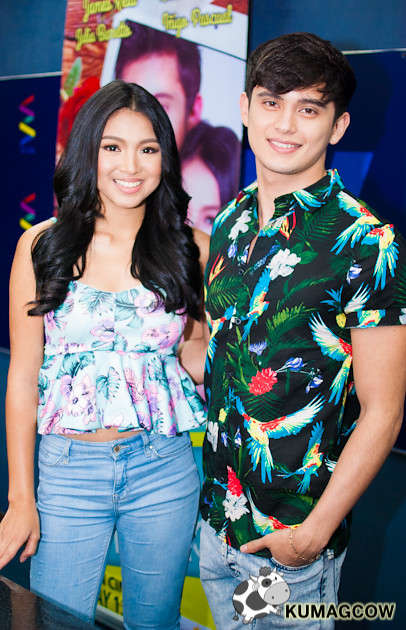 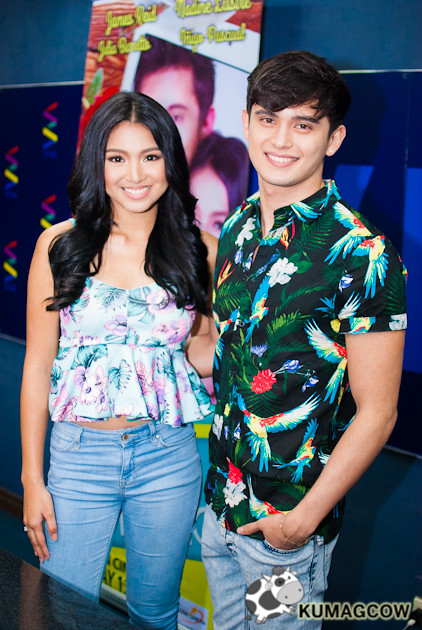 
Remember to catch this movie "Para Sa Hopeless Romantic" in your favorite theaters nationwide come May 13, 2015. This is produced by VIVA Films, Star Cinema and supported by Jollibee.