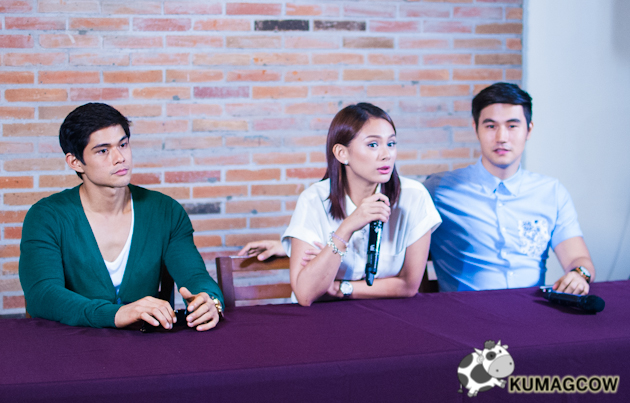 This week's episode for Wattpad Presents is totally cute. For starters, you've got Carl Guevarra, Eula Caballero and Steven Silva as the lead cast. Aside from that, they've all made us a little giddy with their past projects because now, they're fighting over one lady. The premise is, Eula plays the role of a maid who had to serve two Korean masters. One of them knows who she is, and the other only knows her alter ego. You have to watch the show to understand the story of "Maid For Korean Boys", but you know this is going to be sweet in so many ways because the two good looking men will provide a very good challenge. 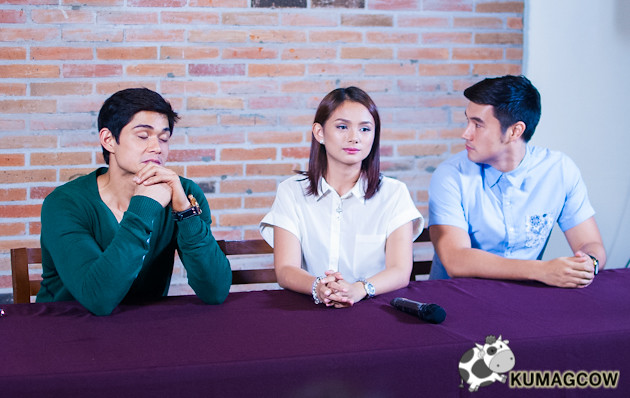 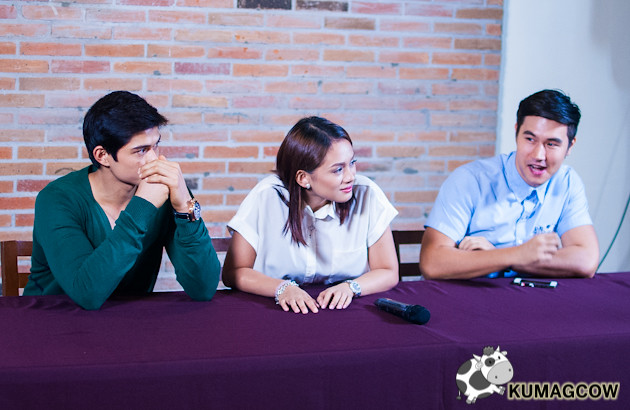 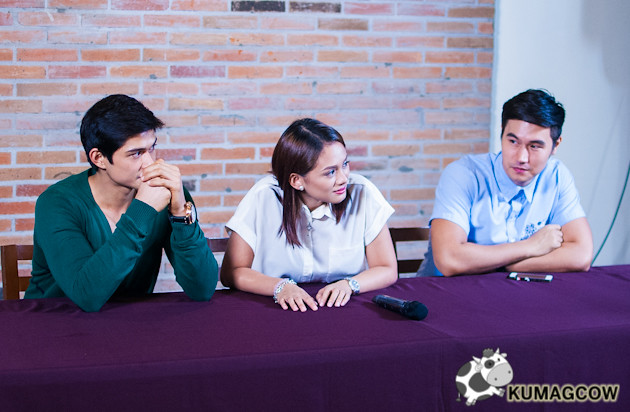 Eula says "Steven is a little proper, he's toned down and a little serious. Carl on the other had is very funny and I enjoy being with them both. I don't mind falling in love with Koreans but I prefer Pinoys. It's possible but I like how Pinoys look in general. About the title of Wattpad Queen, I am really thankful for Baker King (she jokes!). I think the casting depends on who will do the role, if they can't do it I'll probably get the role. If they can't find one, I'll probably do it too. I'm very grateful because I can practice doing so much characters in a single show. It helps a lot make us do more. I want the feeling of being challenged. I had to do more than my previous roles and they give us the variety of stories, you can't run out of it in Wattpad. I've done almost everything but if I were to do, I'd probably do a horror flick since I've read something funny in Wattpad with that theme. I'm still happy now, I'm happy with my boyfriend and he inspires me to do better. In Wattpad, we're having distinct characters and I hope we're doing the new characters, new interpretations." 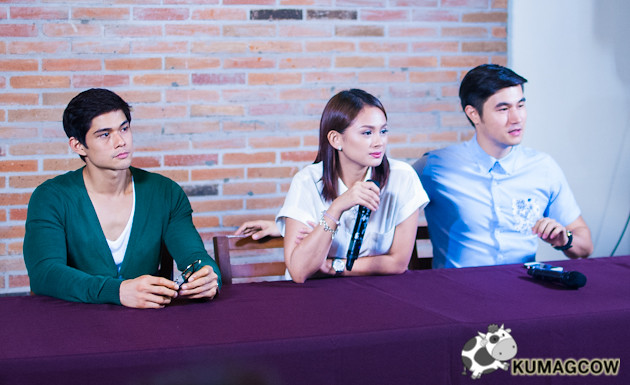 Steven Silva says "She's fun to be with because this is the second time. We had a phase to get to know each other. Carl and I already know each other because we've worked in GMA. She's really professional when it comes to her craft and I really appreciate that. About learning Tagalog, actually I have tutors before and I read a lot until now. I am still learning continuously and I hope to get to sing more. The prods make me learn how to dance, I do theater plays and musicals, I did La Cage a few months back and they would tell me they like how I sing. I would be happy but a little sad they didn't get to know it. I have to do my best as one of their talents and artists. I do my best in acting or performing, I look for auditions, I went in Kitchen Musical, I hope they would take notice that I do have other things. Grease was something I auditioned for, and I got into La Cage as lead so it's really a process and I have to do things on my own and not depend on help. It's a very good training ground. I'm looking for management right now and perhaps a new direction, don't get me wrong I haven't been offered anything yet by TV5. I just don't want the next three years to be like my mistakes in the past to repeat, I've learned a lot and GMA has been very good to me, we're still talking. I hope the next few years would be even better for me."

Carl says "This is the second time I've worked with Eula and before, it was a little awkward because we were getting to know each other. Steven and I didn't hang out that much but we always see and greet each other. I've done 5 episodes and I've done the good looking dude always. I wish I could do something ugly, or maybe something gay. I do this per show and I'm happy that I can do things as a freelance artist. I wanted to court Eula but she has a boyfriend (he reveals). Before Cinderella, she was my crush seriously. When I got to work with her, I was too shy actually, but now I'm okay. I'll wait. (then we heard shrieks from the press). Wattpad stories may have some similarities but you have to attack it differently every time. I'm happy that TV5 and Wattpad because I've done a lot, I hope the audience appreciates each thing we do." 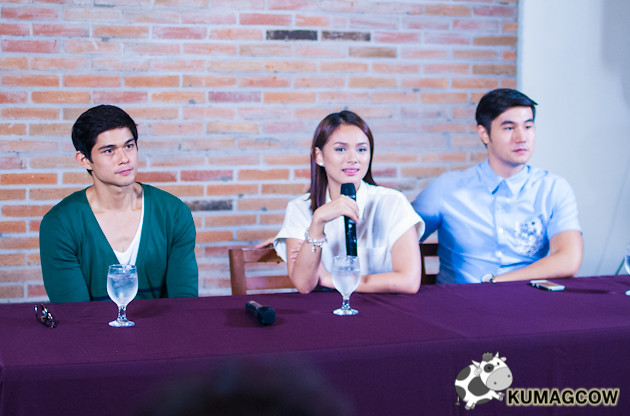 TV5's Wattpad Presents: Maid For Korean Boys will be shown 9PM every day on the Kapatid Network. Make sure you don't miss an episode this week as these guys and gal make leveled up kilig moments on the show as you get another dose of romantic comedy simply done their way.