Have you seen the latest episode of Destiny Rose? If not, then you are missing a lot. This story about a trans woman has already taken off beginning with his childhood. The pains of growing up in a very strict environment and a not so accepting Father Joselito Vergara Sr. played by Joko Diaz might be already taking strong effect on his psyche. Now that they're a bit older, the things about Ken Chan's role as Destiny Rose is slowly blooming. His love interest, Gabriele Antonioni played by Fabio Ide is surely going to turn love struck with her and in great fashion (hopefully to come very soon). This will grow the irk of Jasmine Flores played by Katrina Halili, and the envy is going become seriously disturbing as the days become near for that to happen. 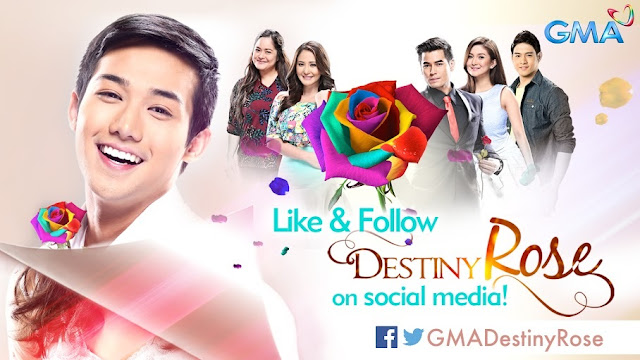 They haven't really learned about Destiny Rose's persona yet and that'll be a little nervous to find out in the next few days. Ken Chan definitely takes this role seriously and with the events taking place, there are a lot of people ask how he was able to pull off being that gorgeously transformed and still be good looking like that (as seen on stills). Although, the most awaited part would still be how she's going to be unveiled as Destiny Rose (in future episodes).

If you've seen his latest one yesterday, the story of his first heartbreak was just told and people on Twitter went crazy when Vince (played by hunky Jeric Gonzales) instead of making his dream come true, actually introduced his girl friend leaving Joey's heart broken. I could see Ken Chan portrayed that great, felt his pain, a mark of a very remarkable actor. Now, he doesn't mind how his Mom (played by Manilyn Reynes) would look at it now.. and perhaps take care of Joey while he recovers from this event next week. Somehow, you'll learn something real good when things like that happen. You'll become a stronger person in the long run because you've experienced things like these earlier. Still, it looks like he's going to believe in love and perhaps once Fabio Ide comes into the picture it'll be a different story.

So make sure you watch Destiny Rose with me during GMA's Afternoon Prime. Ken Chan has definitely made waves, made people look at gender equality a different way after watching Destiny Rose on TV. I hope you learn a thing or two too! Follow their social media channels if you're into it, at www.facebook.com/GMADestinyRose, or www.twitter.com/GMADestinyRose.