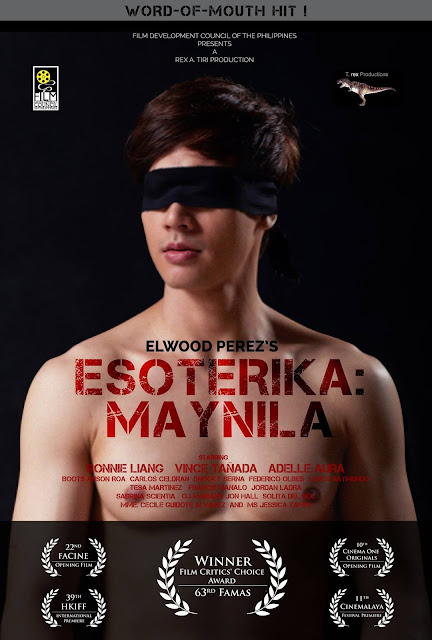 Penned by one of the best Filipino writers I know, Jessica Zafra - this film which was released late last year in several local screenings, international shows such as Hong Kong International Film Festival and soon in the FaCINE Filmfest in San Francisco USA this October is called ESOTERIKA: MAYNILA (international title Esoterica: Manila). It's directed by Elwood Perez of whose works include classics such as Silip, Bilangin ang Bituin sa Langit, and Bagwis. It's finally going to have a special commercial exhibition today September 23, up until the 29th 2015 at the Edsa Shang Cineplex at the Shangrila Mall in Mandaluyong City. 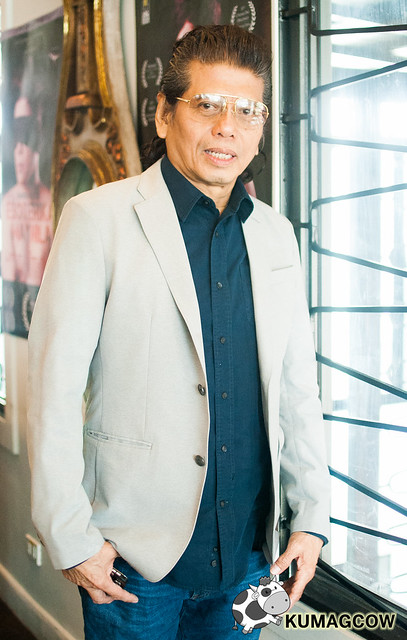 It's under T. Rex Productions (owned by Rex A. Tiri) and will have screening times at 2:20pm, 4:40pm, 7pm, 9:30pm on the same mall. A short program, photo ops with cast and crew will also happen on the first day right before the 7PM screening. This film just recently got a FAMAS Critic's Choice Award a few days ago and perhaps soon, an international release would also happen as there are several producers from other countries that are interested in doing so. 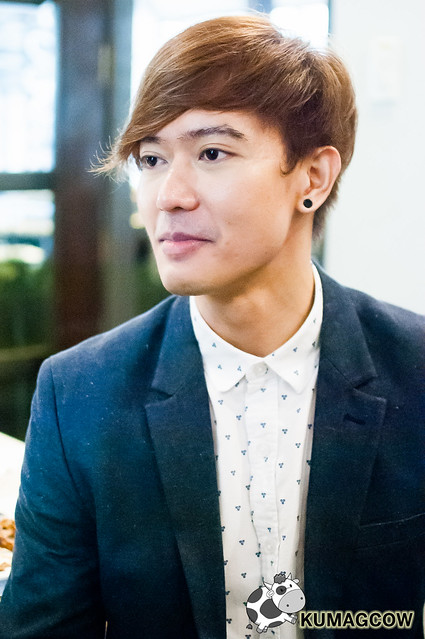 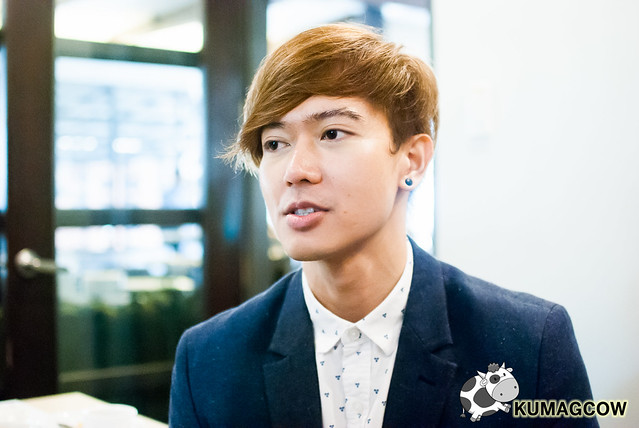 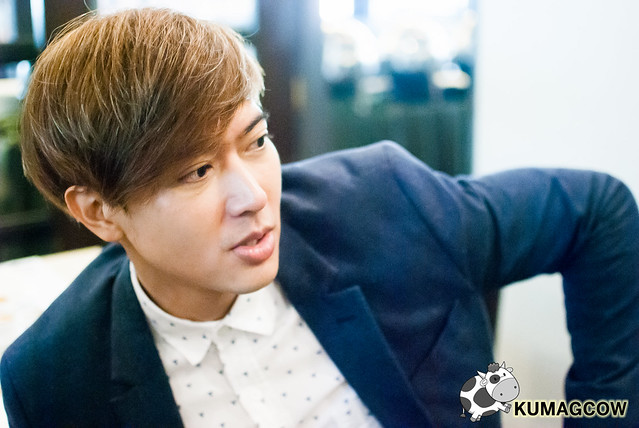 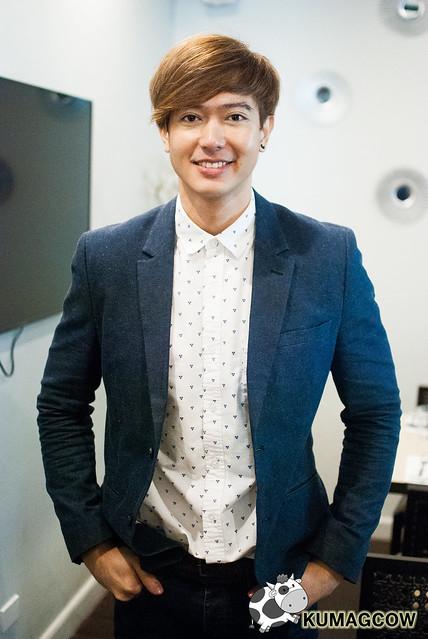 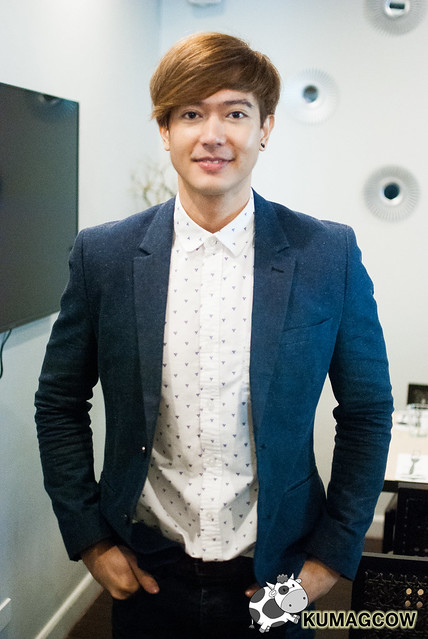 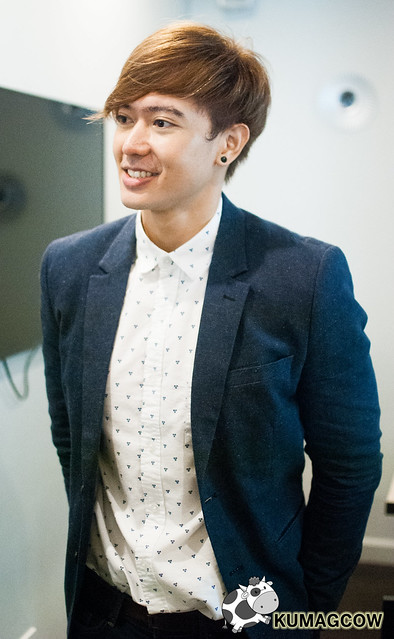 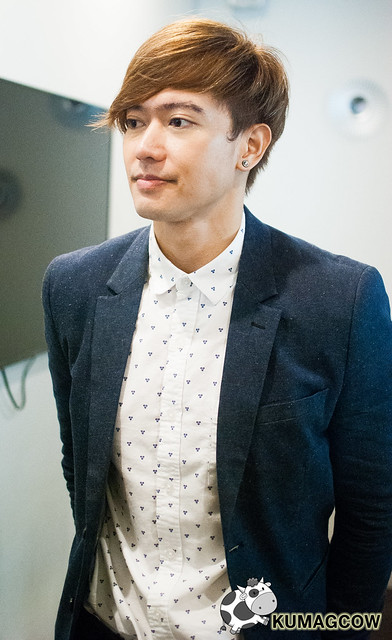 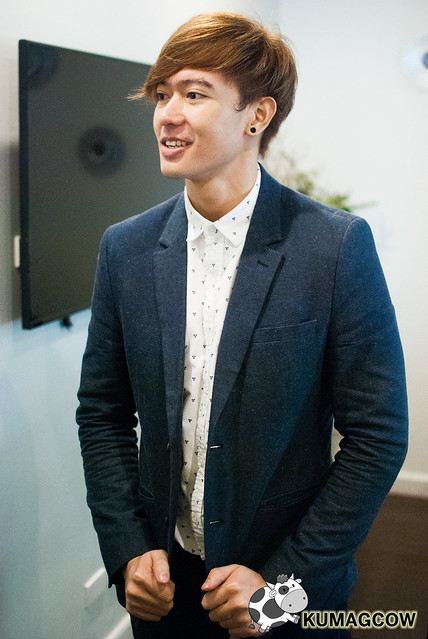 We interviewed Ronnie Liang about the film, his album and other things during a press conference held at 77 Limbaga in Quezon City. Here's what he has to say:

Remember, the theatrical run will only be until the 29th of this month so make sure you catch the screening!

Esoterika Maynila
Posted by John Bueno at 8:21 AM