Jennylyn Mercado Talks About My Faithful Husband and Prenup 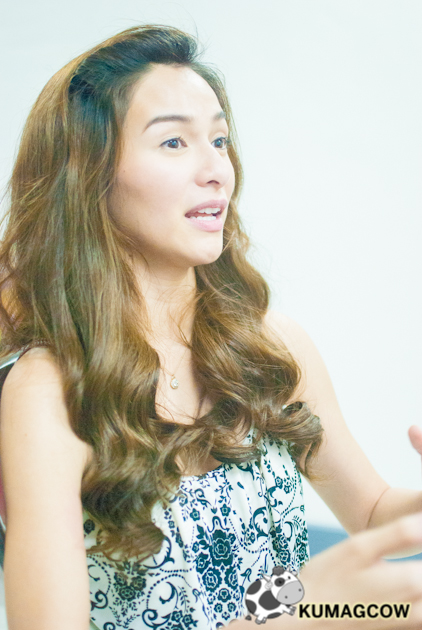 She's been dubbed as the most successful Starstruck Ultimate Survivor and with great reason. She's an accomplished and multi awarded actress, she's got the admiration of her peers and thousands of her fans, she's got tons of TV shows and multiple blockbuster films to her belt, she's also got several successful albums and hit songs, theme songs, even heard on several shows on GMA, she's got a flourishing love life (I guess it shows), and a really good looking son Alex who's equally proud of his Mom because she's stunning, and beautiful inside out, she's no other than the gorgeous Jennylyn Mercado. 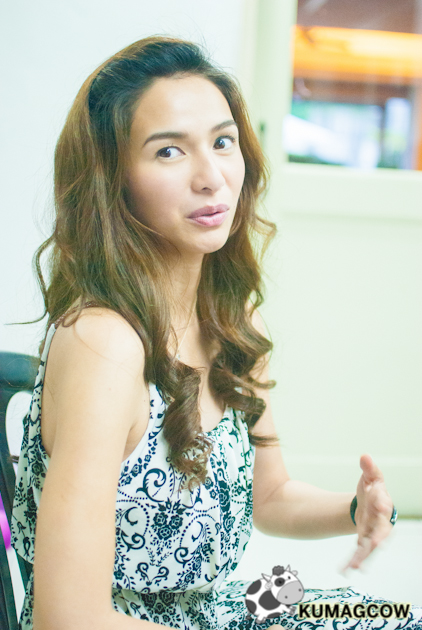 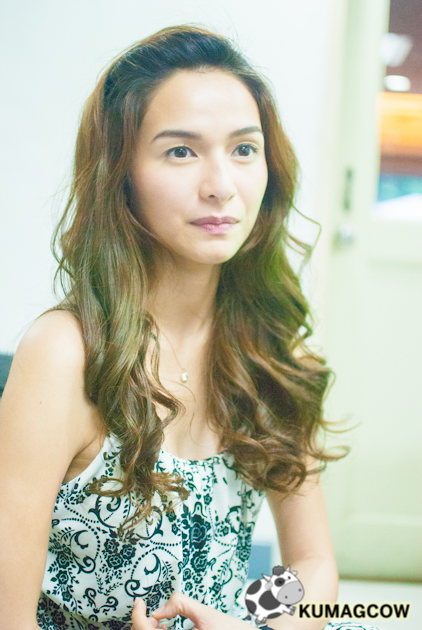 We visited her on the set of her latest soap My Faithful Husband where she plays the role of Melanie Hernandez, a not so faithful wife which might stir the normal stories in this genre because this time it's not the husband that is philandering. We asked her about Dennis as a co-actor and she says "He's a very simple guy, very quiet, but a bit pressured about the role much like JM who stars in the movie I'm making for the MMFF. JM's fun but when he steps on the set you'll really get a little scared and I always thought he was a intimidating because he's got all his lines memorized, and I couldn't even do that well with memorizing scripts so I get pressured when he comes in for the shoot. They really are great actors. I needed to do double the effort just to memorize stuff but I guess I'm doing fine. 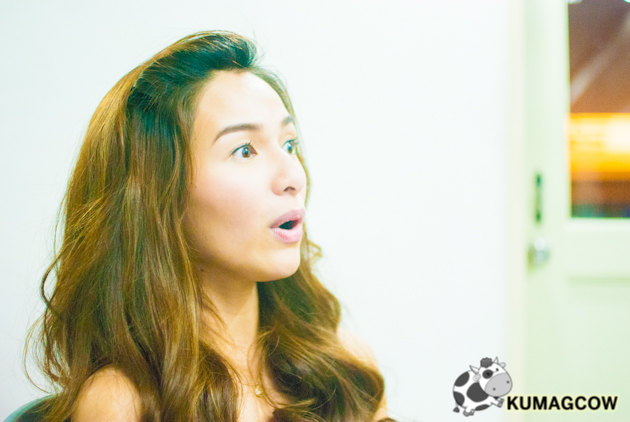 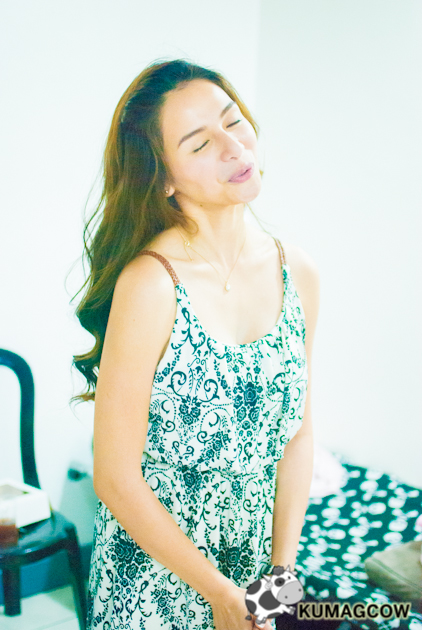 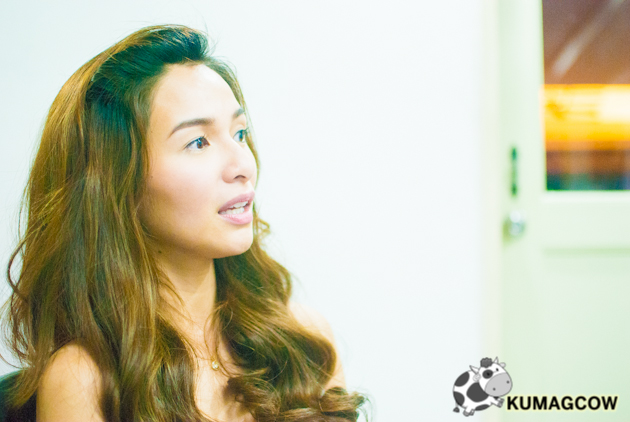 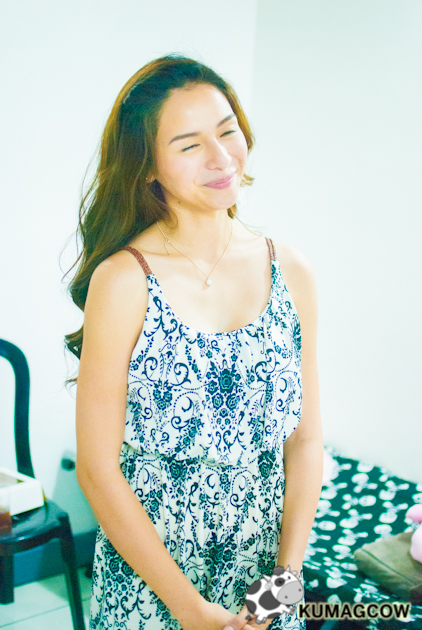 I hope we also get rewarded for the work we put out for this soap we're doing. My favorite scenes so far are the ones where I always correct the small grammar lapses, small things that Emman (played by Dennis Trillo) makes, I find it very cute and even use our terms of endearment Papaw. I remember the time he said that it'll snow in the Philippines and I had to explain that we're near the equator, things like that; and the part I had to let some of it go because it's on his persona to be clumsy of sorts. We know we've got tough competition and we're doing our best at work, like we always do! We hope people would appreciate that." 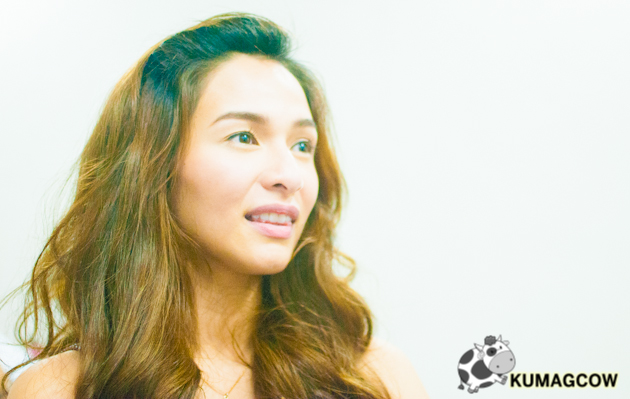 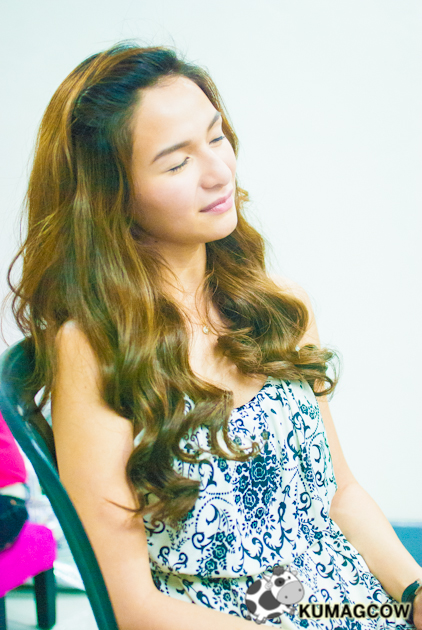 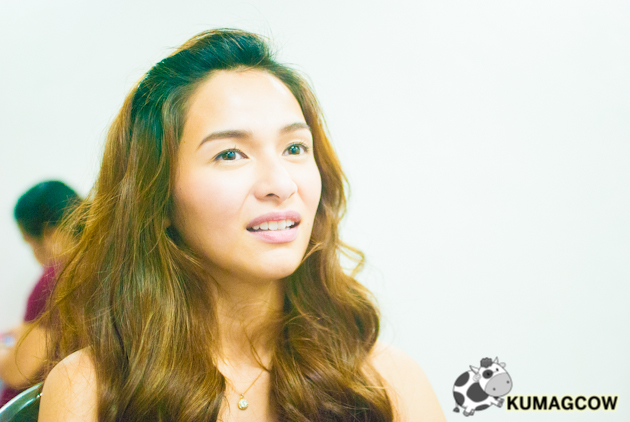 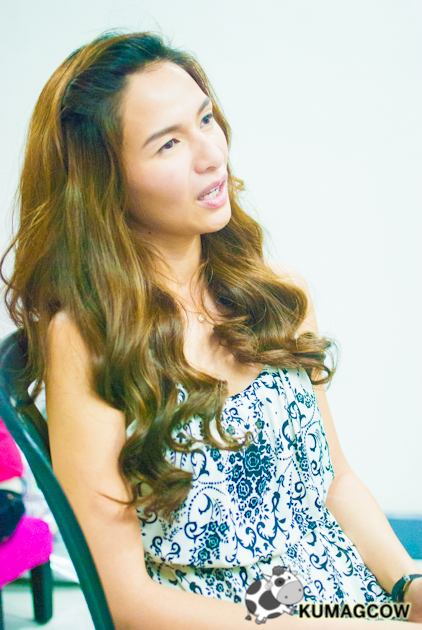 "Oh by the way, before you guys do see my MMFF entry, please do support my upcoming movie Prenup! I love the story because neither one of us actually look alike. Ella Cruz won't be just twerking her because she'll play the role of a tomboy, Melai Cantiveros will be playing a woman who got a little too happy with the boys so she's got tons of kids already, she's even got tons of guys still that she's dating while I on the other hand will be a little choosy, someone who's been single since birth. It'll be hilarious because even when we're shooting the scenes, we're already expecting people to have fun with the film. I'm also excited for that!" Jennylyn adds.


My Faithful Husband shows at 9:20 PM on GMA's Primetime slot so if you want to watch one of the Philippines most talented actresses, you better catch Jennylyn Mercado this evening. The story is getting exciting now that Emman knows what Mel has been doing, oh yes they got caught! They've just broken up so if you want to know what will happen next, you know where to find them! This soap is directed by the one and only Bb. Joyce Bernal. Shall we?