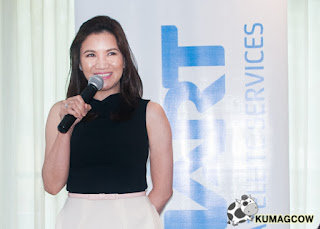 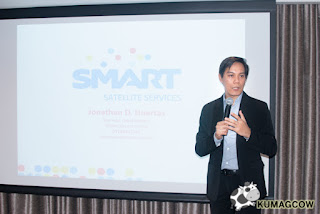 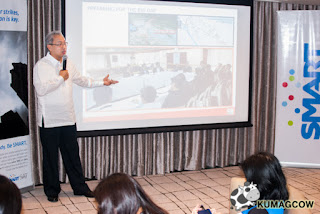 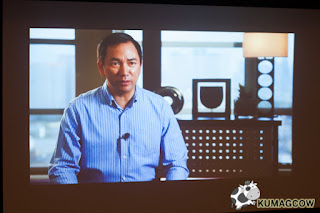 When disaster strikes, are you prepared? Are you really ready for the big one?

Well, we got schooled about that a few days ago when Smart hooked us up for an Emergency Management Center Workshop at the New World Hotel in Makati City. The Philippines belong in the Pacific Ring of Fire where a large number of volcanic eruptions, earthquakes and Typhoons take place every year. During Typhoon Yolanda, the provinces of Samar and Leyte suddenly became disconnected from the rest of the Philippines. There weren't any infrastructure that was left standing in some parts of the province and people had no idea what happened in different places. It was like the blind leading the blind. It was a realization, that sometimes, the worst could actually happen. Without communication, it was hard to asses the situation, it was hard to find people, it was hard to look and send help. 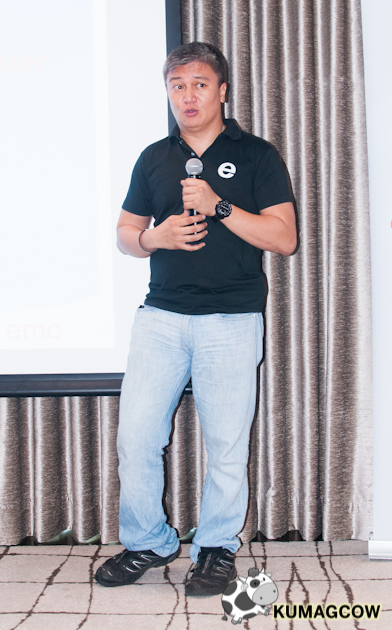 Eventually, we were able to get through that hardship, and we learned quite a lot about the essentials, what to do in case we were in that situation. We also got the 214 on Satellite Phones and how much the services cost when you get it through Smart SAT. 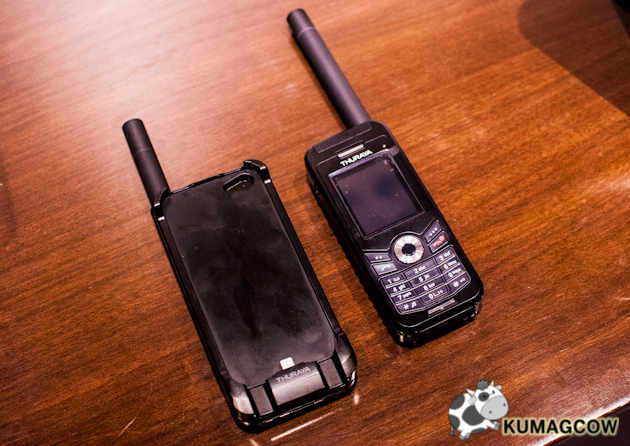 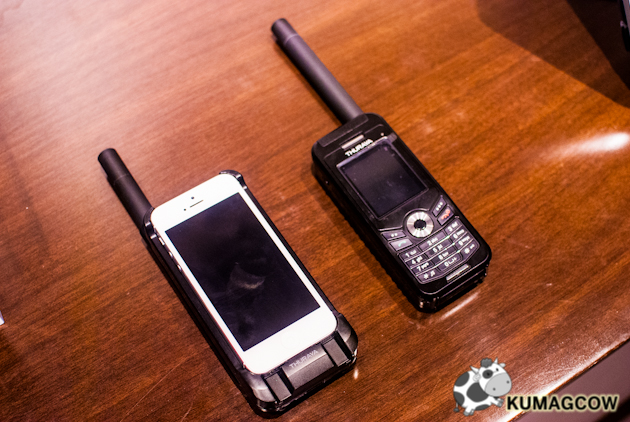 These are two phones, one is the SatSleeve which have compatible phone sizes for iPhone 5, iPhone 5S and Samsung S4. The other one is a Thuraya XT, manufactured by a mobile satellite communications company with the same name who partnered with the biggest network in the Philippines SMART Communications. The SatSleeve can last a total of 36 hours (in standby time) and the Thuraya XT on the other hand can last up to 80 hours (in standby time) which means you can use it for days when disaster strikes and communication bogs down. From the looks of the coverage area, I think the only one they didn't include is the US (although some island territories are), north and south America, the north and south pole (Artic and Antartic with some bodies of water). You can check the list of countries here.

It costs Php 38,500 which is already pre-loaded with 225 units which is about Php 10,000 worth of airtime credits. The credits expire in a year and you have to top up credits again so your number won't expire. You can also get this cash or at 0% interest if you have credit cards with their partner banks on 12/24 month installments. If you think about it, it almost costs the same as the normal smartphones today. Good news is, it's perfect for travelers because the call and text rates on these prepaid phones cost way cheaper than roaming rates plus you can get credits in different denominations like 35 units = Php 1,575.00, 100 units = Php 4,500.00, 250 units = Php 11,250.00. You may check out information about SmartSAT Plans here for more information. 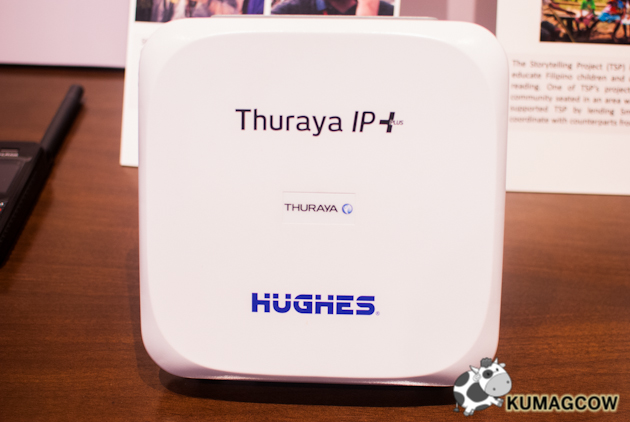 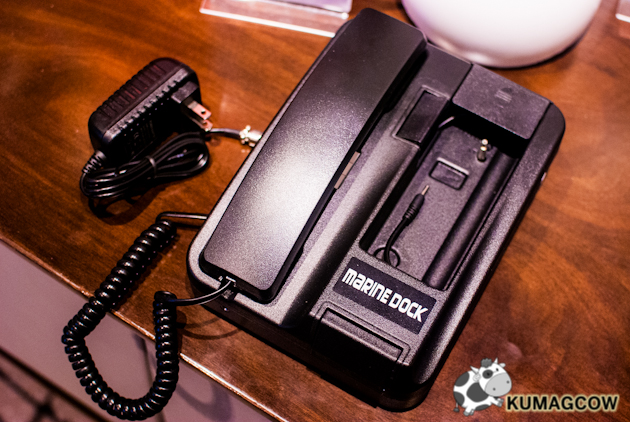 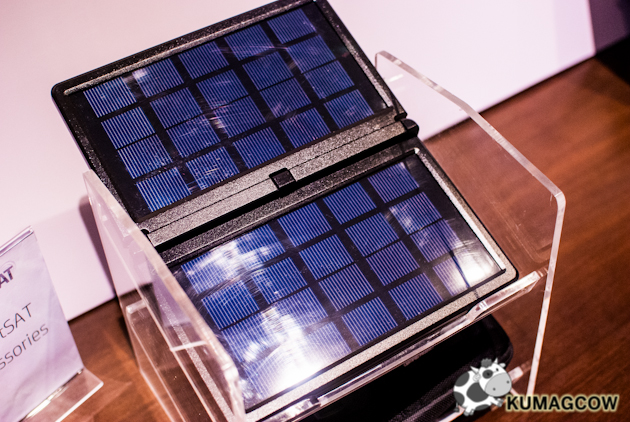 They also have docks, Thuraya IP+ (which is a mobile data and satellite terminal for Internet!), solar panels that can get your gadgets on even in the most difficult situations. That's living the Smart Life! 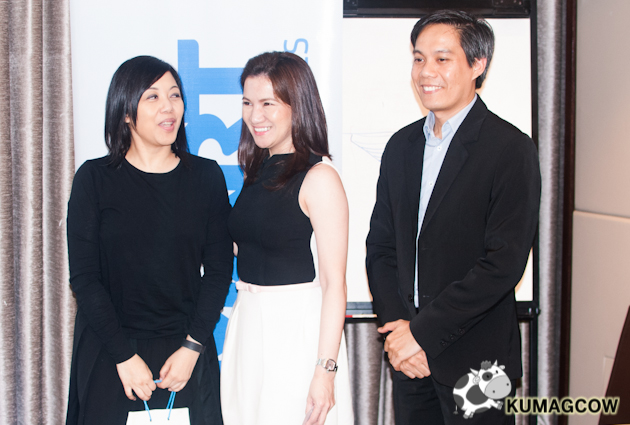 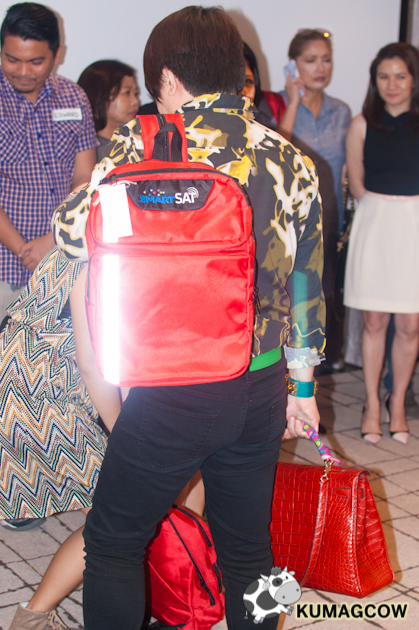 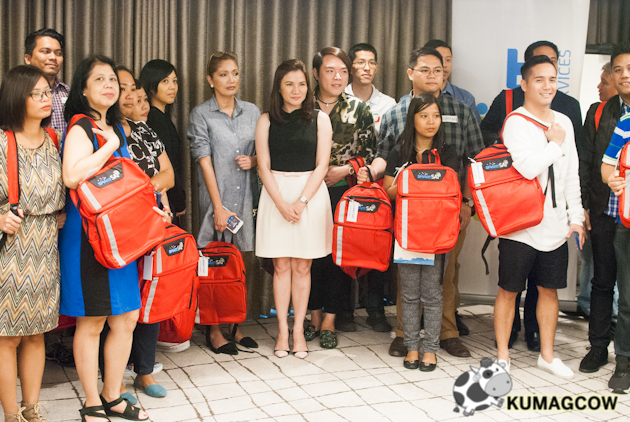 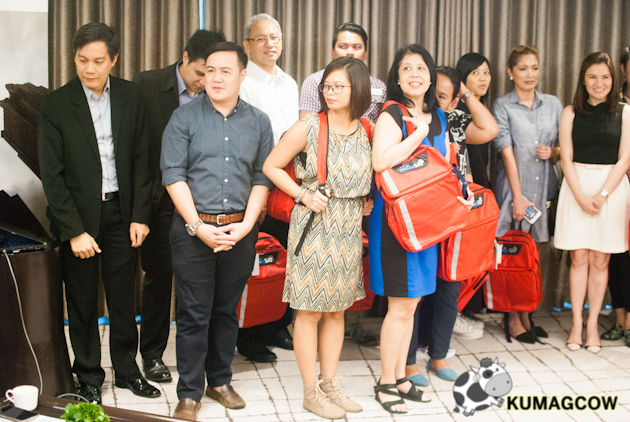 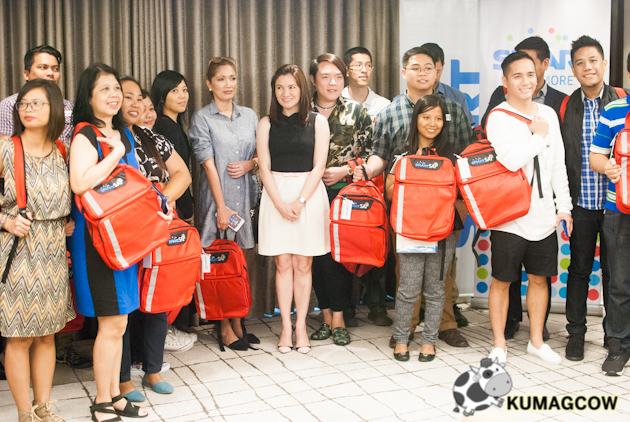 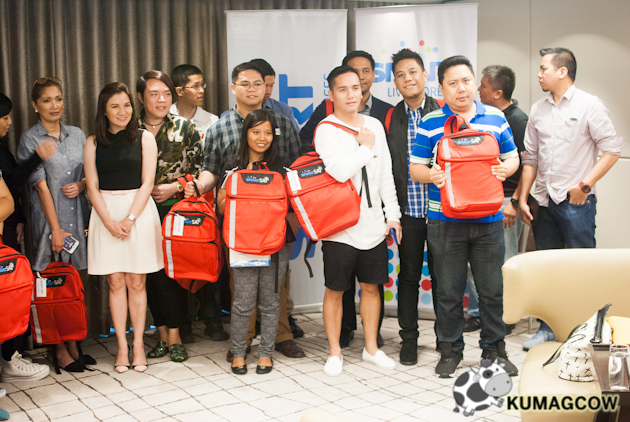 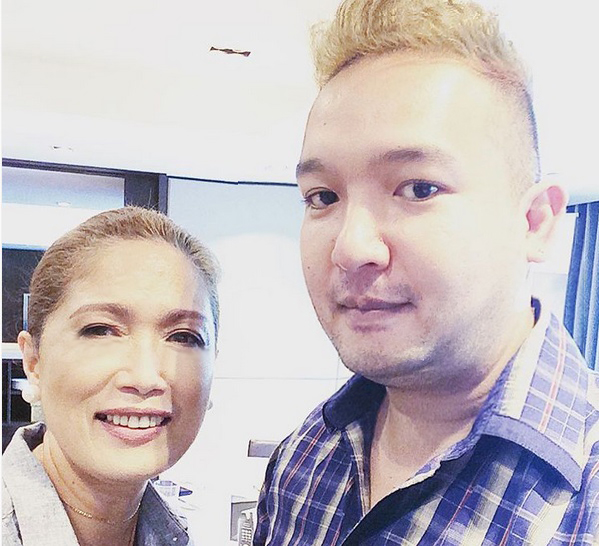 P.S. Oh by the way, this was also the instance where I met one of my blog idols Ms. Tina Tagle. Unfortunately you won't get to read her previous blogs (which were super cool btw!) but she writes now at her new site and jewelry design haven She Did It Anyway aka Willow Jewelry. I don't know how to tell you why, but just by reading her entries in the past, I've grown to love her and all her kids. She was even prettier in person! Totally, I turned into a fanboy right there (I kept telling my seatmates when I saw her enter the room!). Also to Ms. C (of Chuvaness.com), it was an awesome time to connect and talk with you again! I'm sure there will be another time! Hopefully real soon!