I'm a Warrior and I've been watching all the games of my alma mater since the start of UAAP Season 78. It's unbelievable because the impossible just became possible as schools who initially had the greatest players, the greatest hopes and reviews on their lineup suddenly became vulnerable by other schools who everybody thought would just lose their games in the first round. My school was part of that roster but look at where we're at now! It's those run and gun games, fantastic plays, the good old school spirit that made the journey so different that in a rookie laden school, we became the great story in every sports related website, TV show and whatnot. It's the heart of the players, the tough battles we've conquered that makes my school the best. I'm sure you've got your UAAP story to tell but after every game, every match and every hymn played in Smart Araneta Coliseum or Mall of Asia Arena, there's nothing but the best thing to do but bond over food and drinks. That's where WING-STOP comes in!

Aside from the 10 lovely, savory, sweet and spicy flavors they have for the Chicken Wings, they're taking it up a notch by offering Wingstop UAAP Bundles. Imagine for Bundle A, you've got 25pcs Wings, 25pcs Boneless Chicken Bites, Texas-Style Fries, Onion Rings, Chipotle Rice and a 1.75 liter Coke in a pitcher. 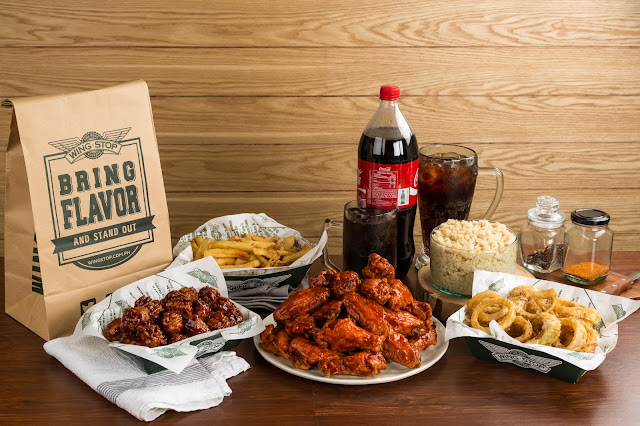 Bundle B on the other hand has 25pcs of Wings, 12pcs Chicken Tenders, Texas-Style Fries, Onion Rings, Chipotle Rice, and a 1.75 liter Coke served again on a pitcher. Now if they ask you what flavor to order, might I suggest the Garlic Parmesan, the Atomic (for deadly spice lovers), the Mango Habanero and the Teriyaki. It's my personal favorites but you can always order the others. The plain ones are as good too. Now that they've bundled it, you don't have to point fingers anymore who's going to order what, or get them in trouble if you didn't like it. It's that simple, they've actually done everything for you! 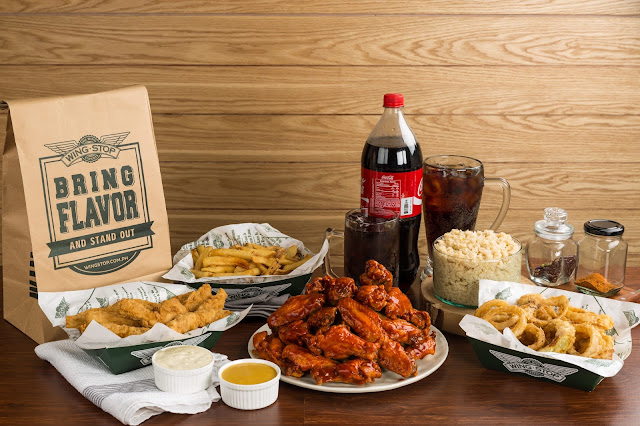 Currently, these bundles are all available on their BGC Stopover, Alabang Town Center, UP Town Center, Glorietta 2, Greenhills Promenade, Estancia, Fairview Terraces, Eastwood CityWalk and TriNoma branches. Make sure you get those sour cream dips too because they're too good to pass on when in Wingstop! I ate a ton of these, so make sure you get them before the promo ends soon! Each bundle costs Php 1999.00, totally worth it!

Trust me on the wings!

For more information about their wings: