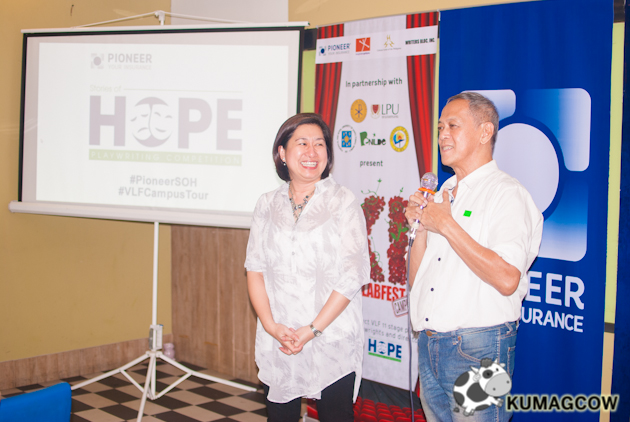 I saw hope in the eyes behind Philippine playwrights when we attended Stories of Hope, an event organized by Pioneer insurance. They find value in an industry that has always stemmed their passion in the arts, whether visual, film, music and theater. This is their way of giving back, just like in the past when they sponsored, covered and promoted events such as Miss Saigon, The Little Mermaid, Noah, Magsimula Ka, Peter Pan, Bluebird of Happiness and PETA’s Rak of Aegis. Now, they're doing it with Tanghalang Pilipino which is the resident drama club of CCP. They have supported the recent 11th Virgin Labfest and now they're taking it to the people by having the top plays included in a campus tour and have it free of charge so students, ordinary Juans can watch these spectacles for free. Isn't that amazing? 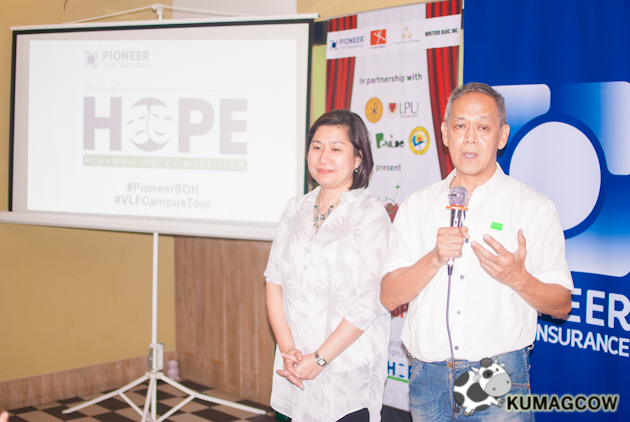 It starts today September 1, in MIRIAM COLLEGE at Katipunan Avenue, Quezon City and I'm watching the show later as I'm writing this article. The next one will be on September 23 in the LYCEUM OF THE PHILIPPINES UNIVERSITY Intramuros, Manila. Then there will be other ones on September 30 at the UNIVERSITY OF SANTO TOMAS in España Blvd, Manila plus October 7 in UNIVERSITY OF MAKATI at West Rembo, Makati City and on October 13     DE LA SALLE-COLLEGE OF SAINT BENILDE in Taft Avenue, Manila. Now we're really talking!


Here's what transpired during the Virgin Labfest Awarding ceremonies when they announced the pieces that will be included in the Campus Tour. This is a dream come true with some of them who have been wishing to get in touch with the Filipino audience. 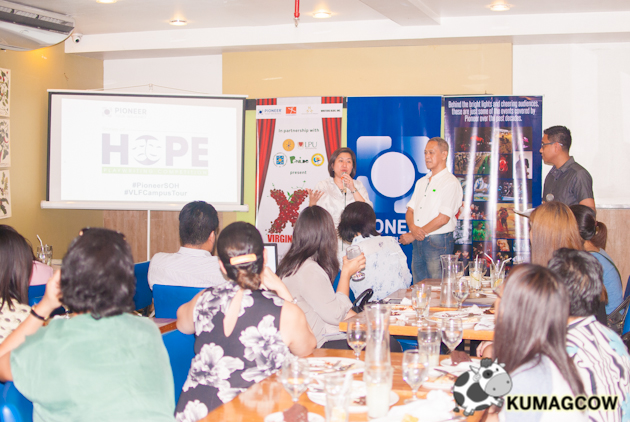 Pioneer also announced Pioneer Stories of Hope Playwriting Competition. They're inviting playwrights pieces in English, Filipino, or Taglish and ask to submit it from September 1 to November 6, 2015. It would be stories about resiliency and hopefulness, and they'll announce the winner on December 14, 2015. They'll have the chance to win a Php 25,000 cash prize and an insurance coverage from Pioneer. For the fine print, check out the mechanics here.

Also, check out http://www.storieslab.ph for more information about the competition.

For more information about their contest: