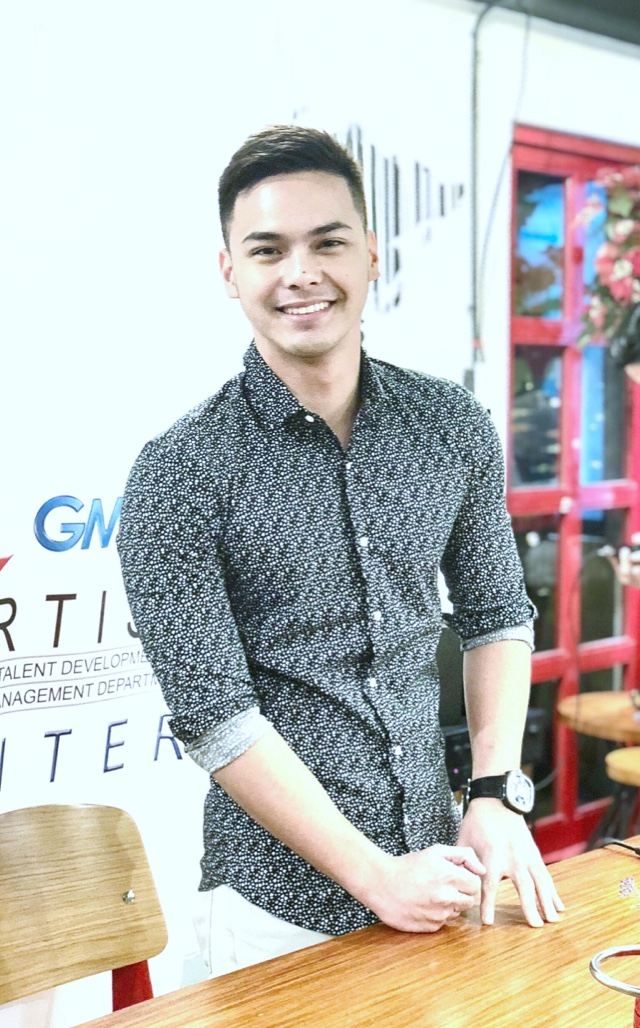 Kristoffer Martin and GMA Records just released his new single called Paulit Ulit and it is available in digital stores worldwide. Yes I know, it's long overdue and honestly, with the way it's performing now on the charts, he deserves it. As soon as it became available, it got in to the viral top 50 charts of a known digital platform and this artist, was just elated. He told us how this single started.
Kris says “This composition is from GMA Records, it talks about loving someone and doing it over and over. It is overwhelming, I have been doing it in the past and I only had one single before this. The choice was made by me and as heard from my closest friends, they liked it because it resonates, it feels like puppy love, and it is super LSS so that’s good news. As far as genre and music is concerned, I don’t have one yet because it’s my first time to do this. I hope I could write and release singles of my own. I love OPM but I’m still looking for what I would do in the next few songs. I’ll try doing some songs with Mikoy Morales, hopefully OPM pop songs. I don’t know why it’s just now that I’m starting to sing more but I’m liking it. I am so happy that it is now part of Fight For My Way OST for the tagalized version. I would probably have something like Zayn Malik, The Weekend, of course I would like my hits to be on top of charts but I would appreciate it more if the people like it. I’d rate myself a 5 as a singer, I am just doing this to enjoy and feel good. The music video will probably come out this month. I was so happy to hear it be part of the top 50 viral songs on Spotify and hearing people say how many times they repeat it, is so good to hear. Oh finally I am also so happy to see San Beda to finally be a university. I am also looking forward to more shows soon, it’s still in the works so please let wait for my future projects.”
Here's a little sample of that song, pardon him as he was a bit under the weather when we interviewed him.

For those who would want to download the track, it's at digital stores already. He's a very prolific actor, been in many shows and is still just starting to discover a lot of things he's good at. He hopes you get to listen to it, and still watch the shows he's in.