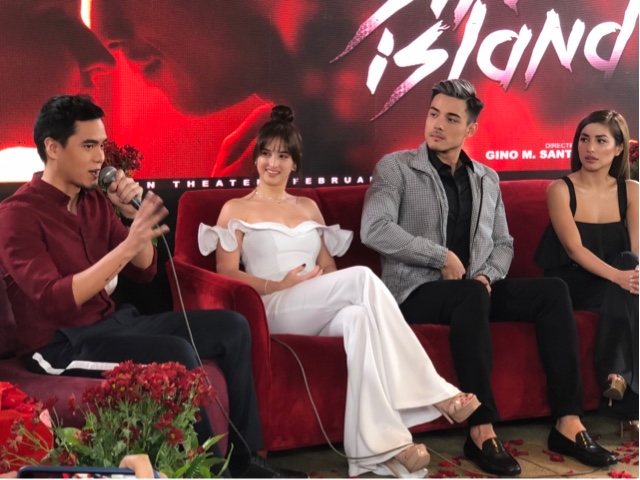 Times have changed and so have the actors. Their goody two shoes characters are now doing sexy scenes, it’s a cycle and all emotions are on this film (as Direk Gino puts it). We spent the afternoon with the cast of Sin Island, a movie made and produced by Star Cinema. They’ve made similarly themed ones during Rossana Roces’ time but this time, Coleen, Xian and Nathalie will make your Valentines day a little hotter.

Xian says “It’s a sexy adult love story and it is new for people like me. The characters will undergo different things, it’s a different role, and I wanted to do this as my last project with Star Cinema. It’s very new and I had to ask a lot of questions. It felt uneasy at first and when Direk Gino were asking me to do things, he was there to guide us. It is a story of a marriage so there is a redeeming factor even if this is a little bit dark. I wanted to do as many roles as possible and I see my fans as very understandable, even if I need to take out the good boy, Kim and I talk about it but don’t meddle in each others affairs because as actors we have to reinvent ourselves. I consider it as my first very matured role, sexy in genre but I treat it like a different character. It really depends on the story, we are artists. At first when we did the workshop, it was different, I thought Coleen was not game but she’s a cool person. Nathalie had a lot of ideas, I guess barriers were down after a few days. I felt very excited doing this even if there are a lot of people watching in the shoot. I think too much, but Coleen is very relaxed, she was even eating spaghetti before we did the love scene. Nathalie didn’t talk too much and didn’t plan things, we just went along with it. People are no saints, have darksides, we let the bodies do the talking. Kim is busy and has work, but I invited her.” 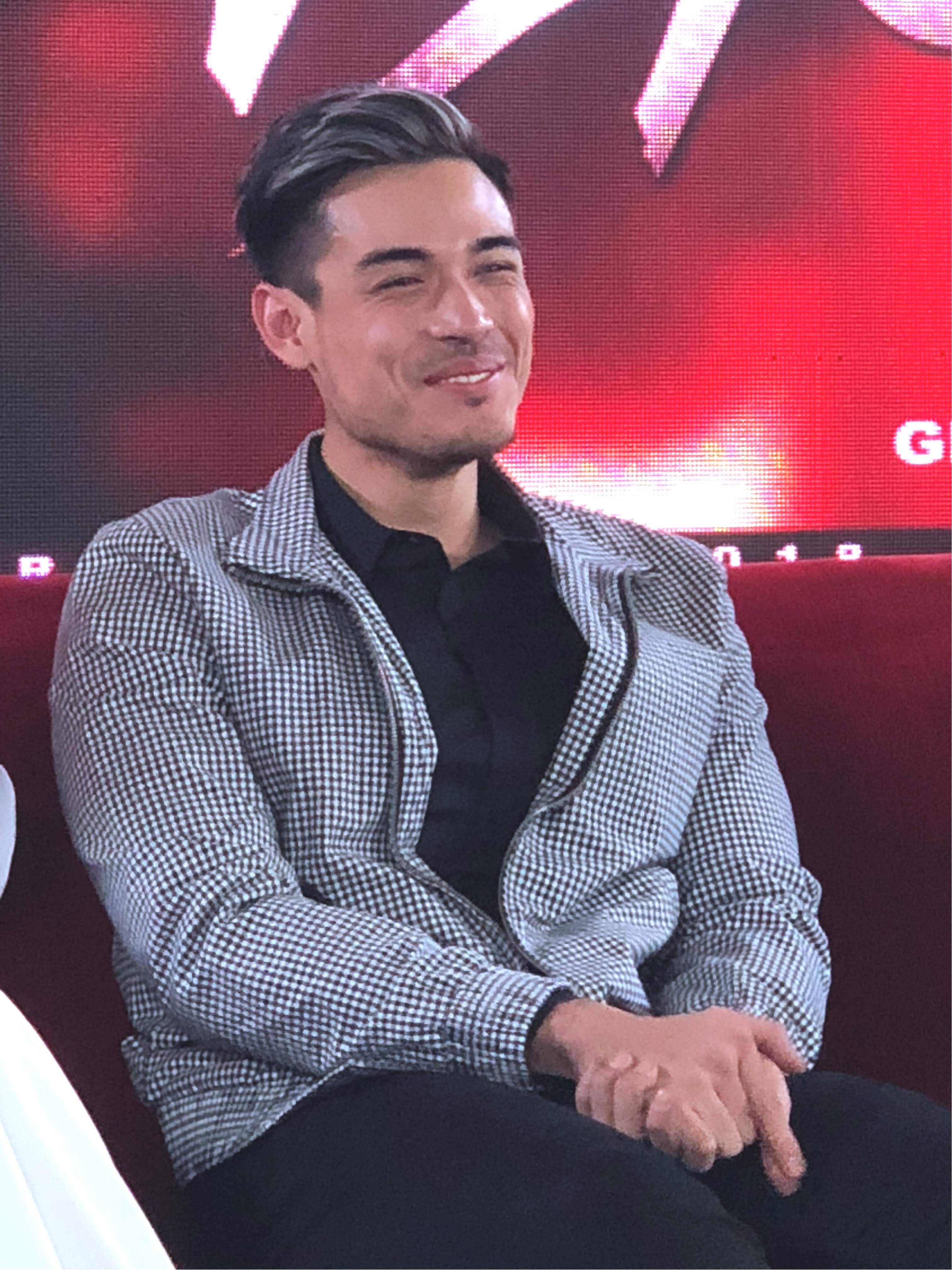 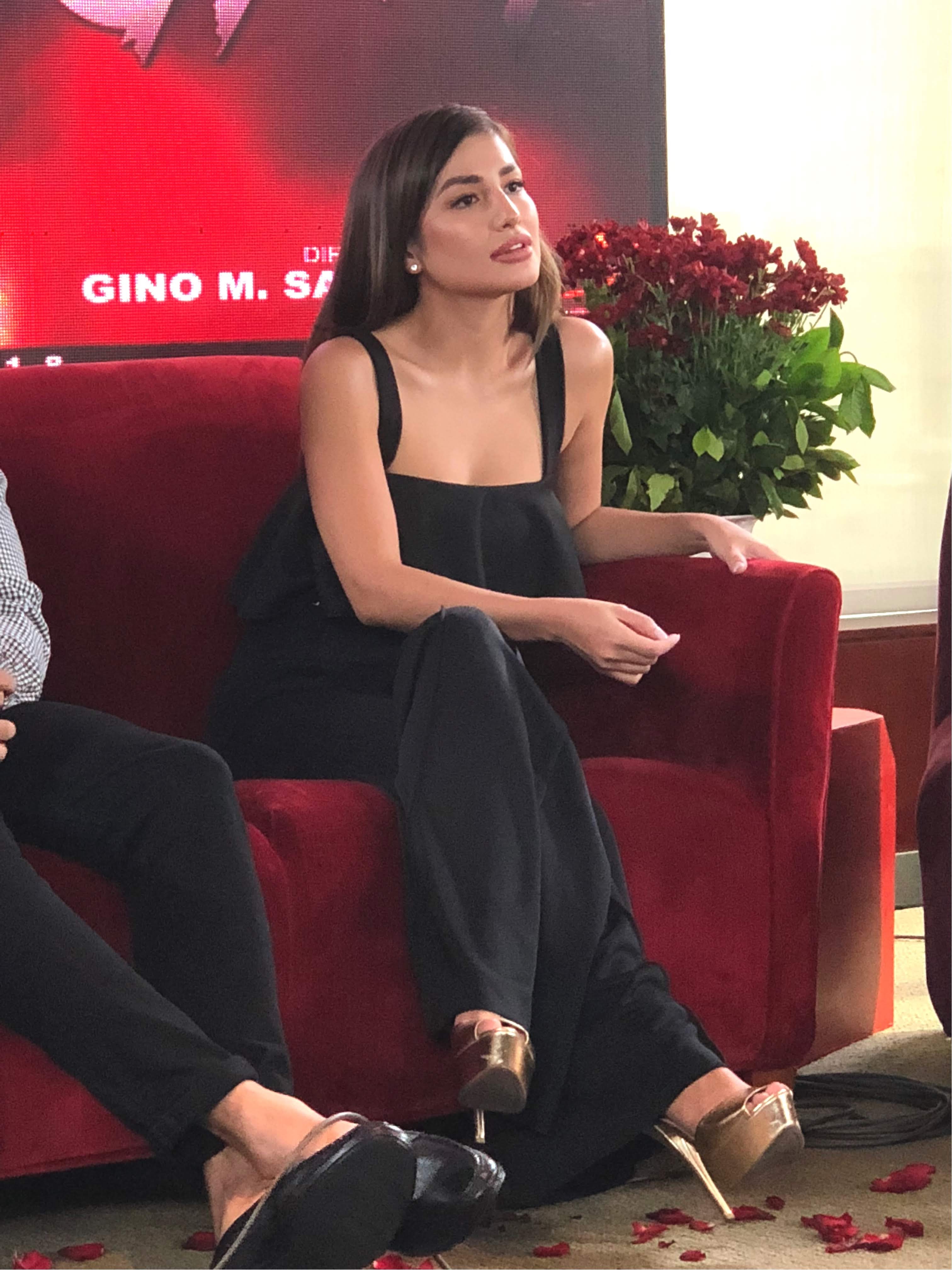 I am Nathalie Hart because Princess Tinkerbell is just not good when you’re growing up. I didn’t want my own family to see Siphayo (where she won an award) but for me this one is a bit challenging, a very mental character where half of it is me and half of it’s not. When I did it, it was easier and didn’t have to cry. I like when they see that I could do other things too. Later I am doing another movie with Diether Ocampo and I think they love me. We want people to know about it and discover during the movie on how the story becomes complicated. I love how Star Cinema made the trailer because it doesn’t tell much about what will happen in the movie. I knew Xian had a relationship, I just needed to push and finish the love scenes and there are a lot of awkwardness, but working with different people means it’s a totally different story. It was working with Star Cinema, these artists, and the other projects they had for me that got me excited. This isn’t just sexy, it’s just a small part of it and mostly is proper acting. It was awkward to talk about it so I joke around and just do it. We have to look the part, to look at him and fall in love with him so our characters becone real.” 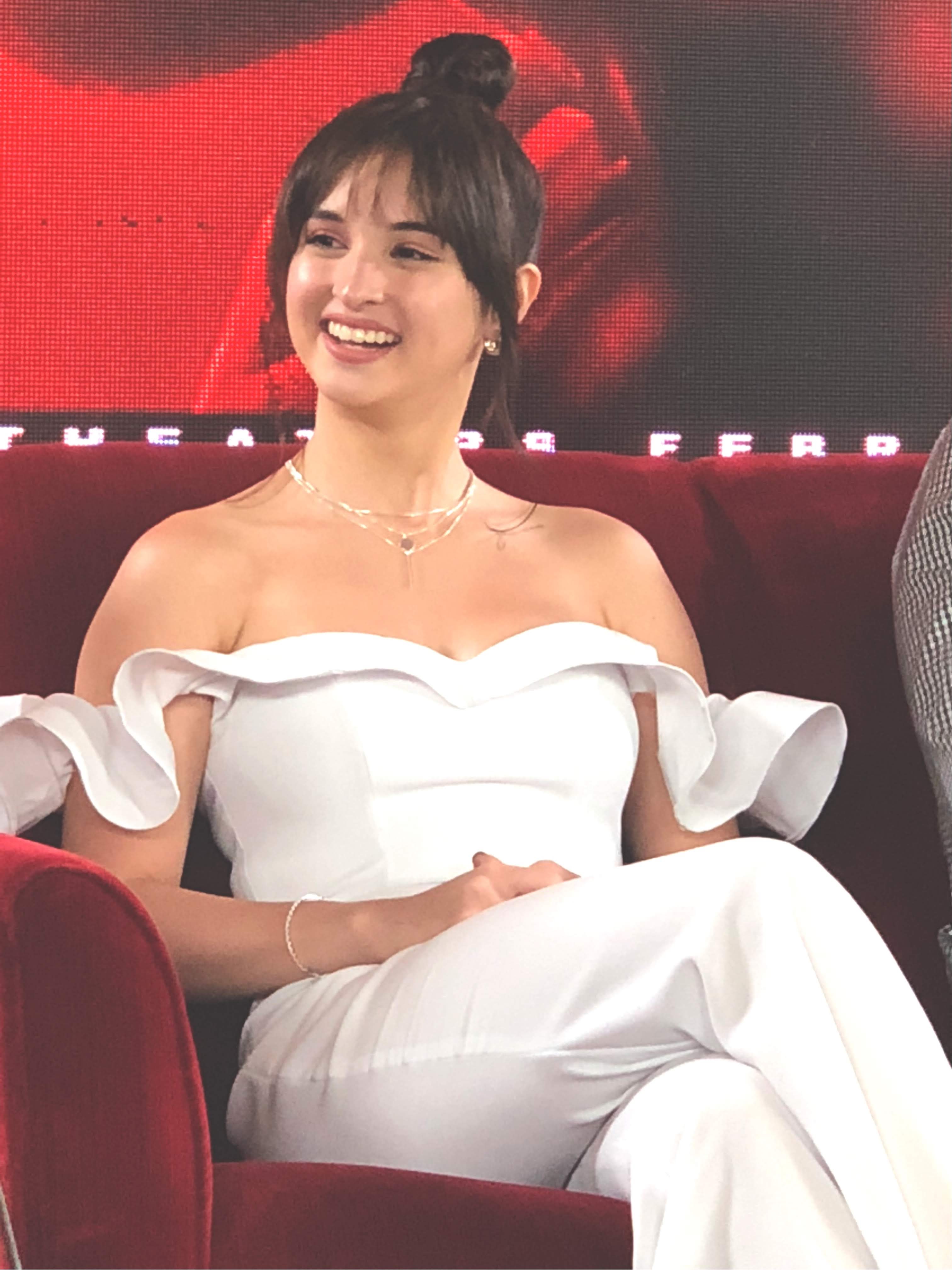 Coleen says “It’s my fourth time working with Gino so I am quite comfortable with her. Billy is super supportive, we support each other regardless, it just depends on the role and story and I’m game for anything. I just learned the value of fighting for love, it’s only now with the right person that I find it to be worth it. This is the sexiest movie I have been in and it’s the bravest, most daring and edgy movie. It’s very different, but Billy is excited to see the scenes I already told him. As a couple, it’s more with love, and that should show on the screen.” 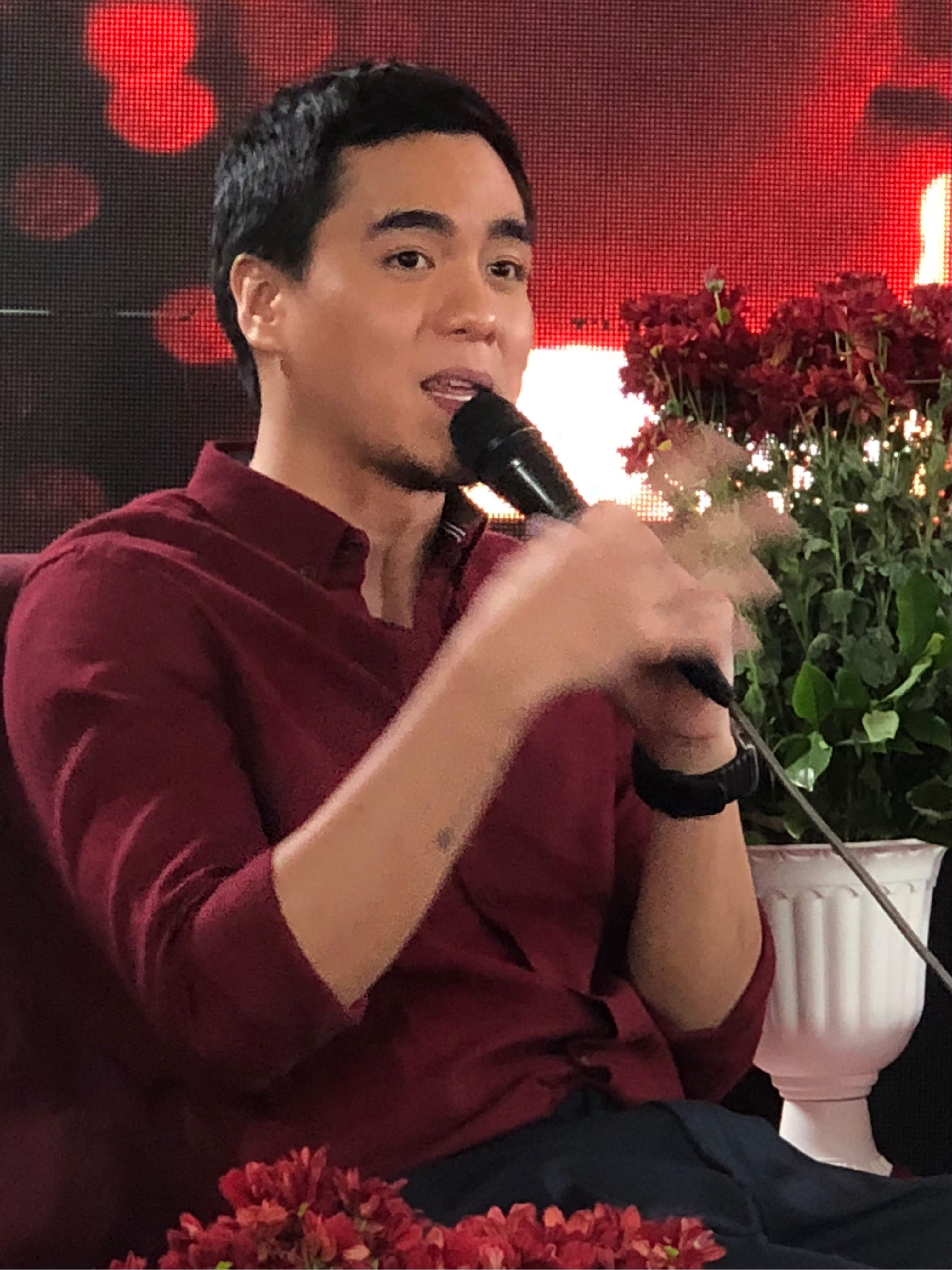 Direk Gino adds “We had workshops before the film so I really had to know what makes them tick so I could find out who they are. In the love scenes I just had to make it light and comfotable for everyone. We did it for eight months, there were changes along the way and wanted it more daring. It was passed to management, very risky so we had to stop a few times. It was new but when they saw the rushes, they had time and confidence to push through. I am glad it’s uncut, it has R16 rating. I hope people watch Sin Island, it’s going to be very busy for us and we will have different screenings, partners and friends for screenings.