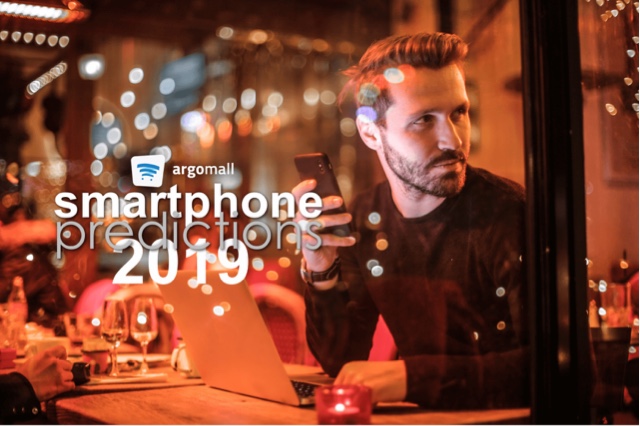 Choosing a smartphone these days is hard and if you’re not much of a techie, you wouldn’t know what exactly to look for or if you’re really getting your money’s worth. Argomall shares their predictions this 2019 to make the most discerning consumer (you) satisfied with your choice, to also make sure you get the best features, capacity and hardware specifications.

In the Black Mirror series, people saw how all screen displays impressed the characters in the show. Now imagine how that would feel in real life when notches we saw last year would literally become a thing of the past. Oppo and Vivo had good ones- and possibly all bezel less and full screen soon.

We might start seeing foldable screens this 2019, apart from the dual display, face and on screen fingerprint technology, anything could be a possibility.

Big screens mean lots of energy use, hence the need for a better and efficient batteries. You need one that can be charged faster, last longer because that’s the name of the game this year.

Cables that have faster transfer rates like micro USB’s, USB C, even wireless technologies and standards should be considered. Wireless audio connections and the non existence of jacks would probably be seen on new phones, it is going to happen to more phones soon!

The ability to get 5G connections, seamless OS and interface, larger storage and better price points between the same model would be a good idea. There will be better entry level phones, plus a multitude of reasons to get the high end ones because it is going to be the year to see something new. Companies are aggressively coming out with new models, different capacities and may well be priced good. They’ll have better chipsets, faster processors and wonderful ways to keep the heat down especially on gaming phones. Asia will lead the pack!

Who doesn’t want a better selfie, fancy filters, things that could make your presence online look like Hollywood stars. You can also expect artificial intelligence to play a role, learning how to make the shots almost perfect like you imagined it.

Albeit being dubbed the “future” a couple of years ago, they’re making it better wearable technology now starting with smartwatches with more health features, easier to answer emails, texts and even calls. Maybe, just maybe even playing more games!


There are tons of online stores out there but Argomall says, you can trust em more as they’ve got authentic smartphones only in their store. They also issue Philippine warranty, invoice and receipts so after sales stress wouldn’t be a thing to happen on Argomall.com who is wholly owned by Transnational Diversified Group. Try it out today yeah?!