Today is such a good day for #LizQuen fans as Liza Soberano and Enrique Gil star in their more matured BlackSheep (indie arm of Star Cinema) produced movie called Alone/Together. This is directed by Antoinette Jadaone which has several hits in her belt. First impressions on the trailer had everyone talking, it was cerebral, definitely more matured take on the pairing.

I’m sure I am not alone thinking about the movies plot, because until now the teasers only give us vague storylines depicting a relationship that didn’t work out, or did it?

Antoinette Jadaone says “Yes it was intentional to actually keep that a mystery because it is just a teaser. We will be coming out with a trailer that will contain more sense in the premise of the story. The first five sequences were done 5 years ago and I adjusted it to something to be told now. Not really millennial but the overall treatment. I think the hardest part is bringing life to the story, it is something close to my heart because it is about UP, it’s a about my youth and how I could get my feelings out how I wrote it. This is like a love letter to my young self. I am so grateful how committed Christine and Raf even before we started shooting. I only wanted to tell the story, but during workshops, they would ask me for more how eager they were to learn about their character. As a movie fan, I have seen their romcoms but when I worked with them, they are very young actors, but very smart when they ask questions doing scenes. For young people who need to play matured characters, it’s a gift and they could do it. They know the characters and I trust them. It’s not just based on what the director wants them to do. Every movie requires a different process, the way I work is different and since it is my first time to work with them, I included them on my research, she needed to be with UP students. Enrique had to work real doctors and it wasn’t simple.” 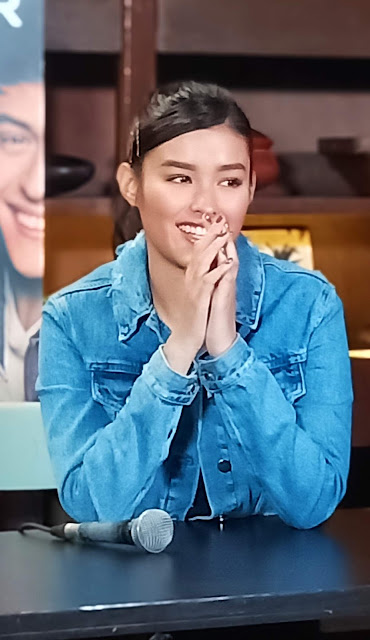 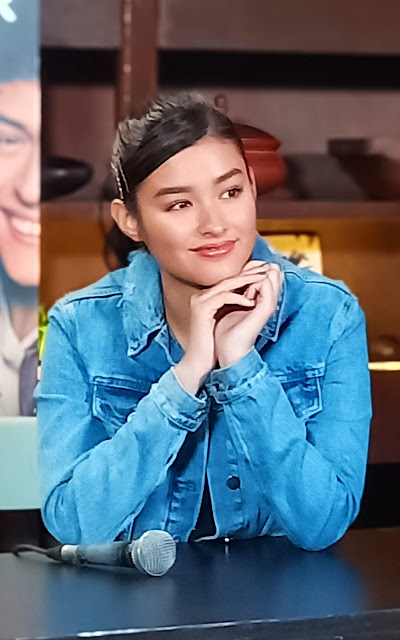 Liza says “I would observe how UP students would talk, we ate at Area 2, went around IKOT, even had scenes with real UP students. You know I don’t even think of how it would go viral but in that particular scene it was really sincere. You will find out what it means when you get to watch the movie. The biggest challenge was maturity, I am not that point yet to have experience that level of pain and I had to think of how it were to happen to me. Magaling sya magtagalog sobra. Handa na akong masaktan this February. I really thought she was giving us freedom, but she was just trusting us. I worked with other directors but I felt it was more of a collaboration, fun and exciting to work with Direk. She was so sweet. It was even so cold in New York but she even made us feel warm. I interviewed art study students, I had to relate it with how hey do it in real life and they will be disappointed if it doesn’t become believable on screen, I always had that in mind when they talked to me. This had a risk in it, it is completely different from what we have been doing in the past. We did romcoms and lighter ones, I am proud to have said yes even if we knew how difficult this would be. Medyo may takot since it is a comeback film, I am also afraid how this would be accepted by the fans and people if they will still watch this film. They will remember their struggles in college days, I hope they realize they are more than their mistakes and there is always a way to turn it around, into something even better.” 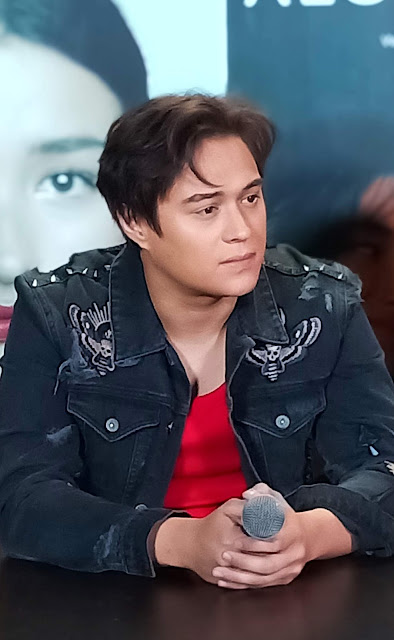 Enrique says “I am a doctor here, I do work with doctors in the barrios, it made me change my mind about them, going through school, it helped a lot seeing students and shooting in campus. Being a doctor was a challenge, I am not really good with seeing blood, the switching of Raf from different timelines. I think there is some hope, I think it is why she is my great love. Direk is so cool because she lets you feel the scene, she gives inputs and understand things as we go. It was a different experience working with her but I really like it. We had three scripts and when we read this we really wanted to know the story. The slides we were shown had what people go through everyday. I think the crucial timeline and moments in between, it is in this movie. A lot of young adults do not know what to do with their lives about what they want to do and what their parents do. It’s a little taste of that past memory.”

This shows February 13, the perfect Valentines Day movie, single or not lol!