An Afternoon at The Legend Villas 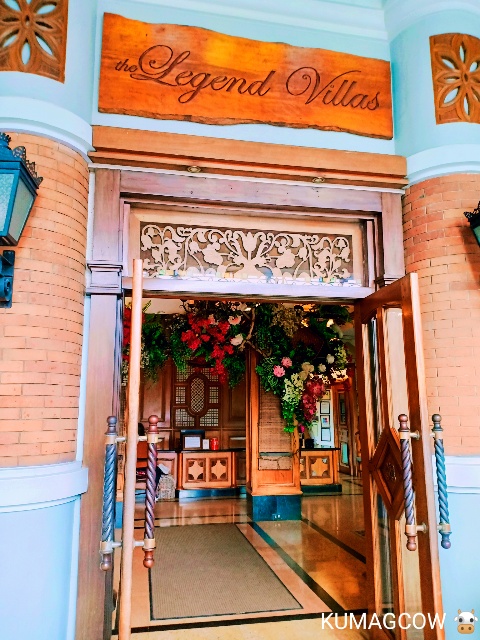 I have never stayed in The Legend Villas but I've heard of it from friends. Those were good things, and I feel, I had to see it myself.

A few days before this actual visit, I had a charity event coverage which happened at the hotel's huge ballroom so I only had a glimpse of it. Their love for wood and everything pinoy are evident - and it's growing on me. It takes that feel of that tradition, of having pride in Filipino craftsmanship and paying homage to artisans that took their sweet time putting this all together. 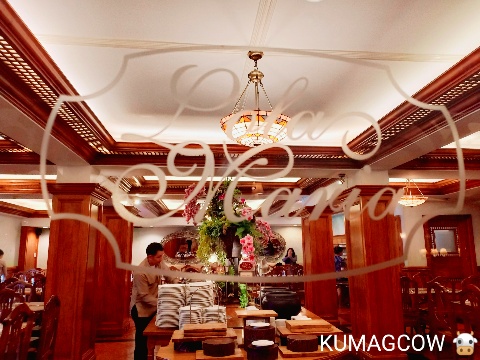 Like clockwork, they named the hotel's restaurant after the owners real matriarch, hence Lola Maria. We had lunch with a few bloggers, which I guess is their way to introduce the place. The Legend Villas is part of the same chain of hotels that own Kabayan Hotel, The Legend Palawan, Legendary Tours (a tour company), PinoyPamilya Hotel and MyPlace. We had real homey Filipino food and yes, it's not too uptight and it felt like you were just visiting your Grandma's place. 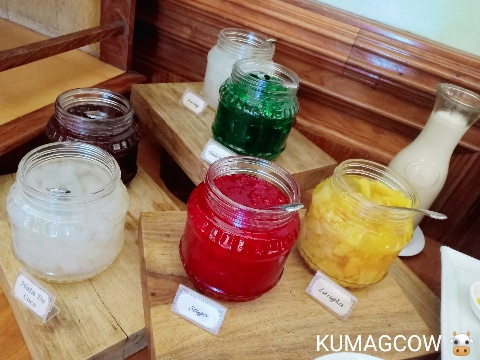 Now they also have different kinds of rooms that would serve pretty much business travelers or meeting/workshop goers which is mainly their market. They are opening up a bit with families and it is a treat because I've seen a lot of OFW's and foreign guests who are repeat clients, which some of the staff call them by first names. I've stayed long enough in the front desk to know that as I've eased in on their conversations. Pardon me as I love people watching. Here's some of the rooms we did take a look at.

The Family/Quad Room had 4 single beds and their own individual chairs on the long table. It's like having a remote office away from the regular ones you prolly stay in 8 hours a day. This would be handy for those who are here for work/seminars because we've seen a lot of that happen on this day. You also have individual sockets so you don't have to mess with other people's plugs when you need power. The bathrooms are decent too. 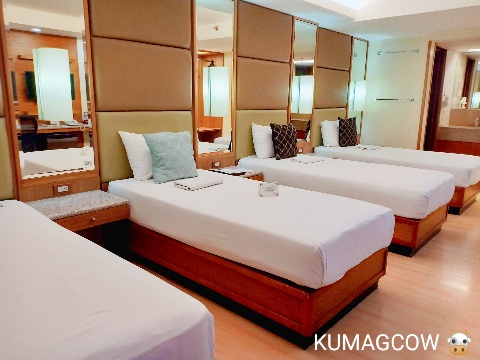 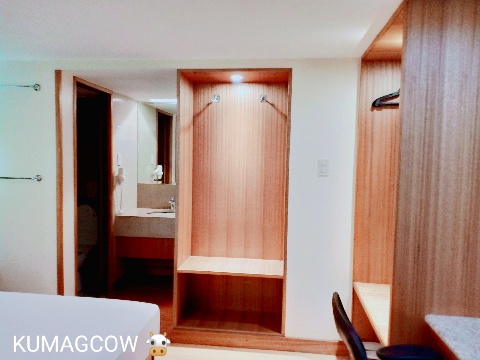 Team 6 is a room for 6 people. It's a loft type where you can entertain people downstairs and have your sleep on the second floor. Both floors also have TV's and a bathroom so you can use both of you're in a hurry. No overcrowding. 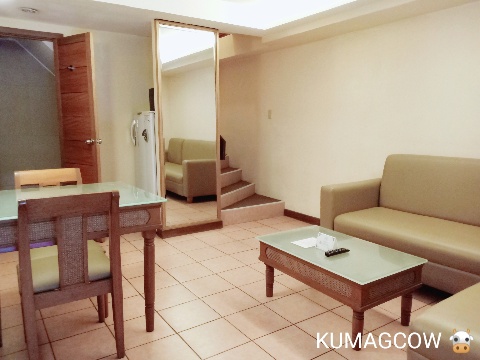 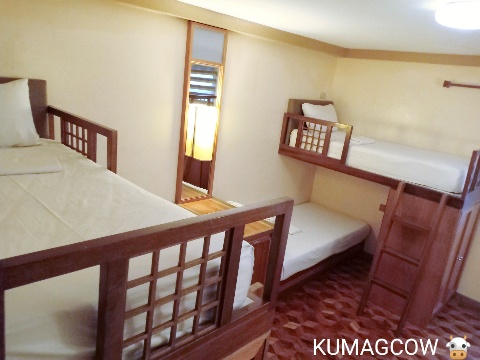 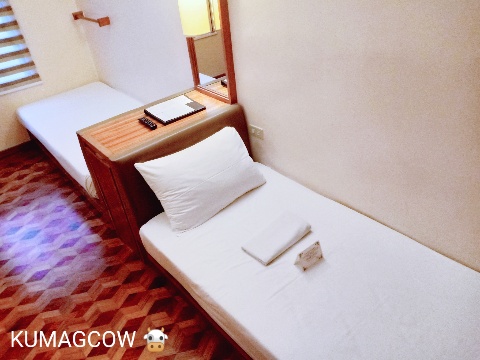 Rooms for PWD is also available. They have ample parking, access to wheelchairs and a wide entrance just in case you need it. It has been used a number of times so there is a need for it, you just wish it was available in other hotels. 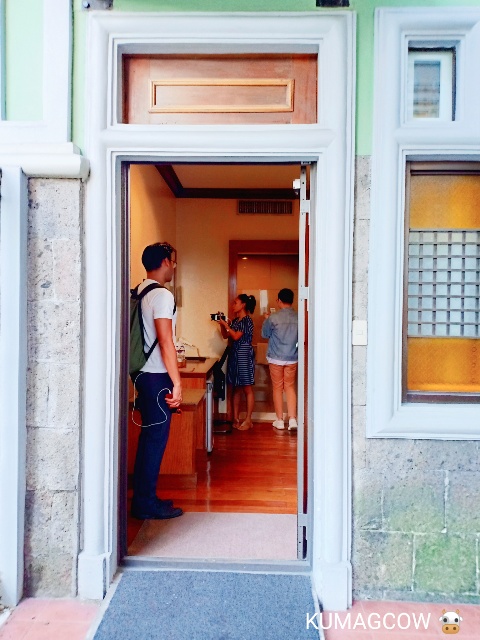 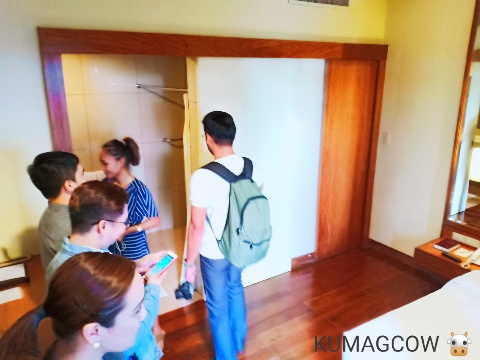 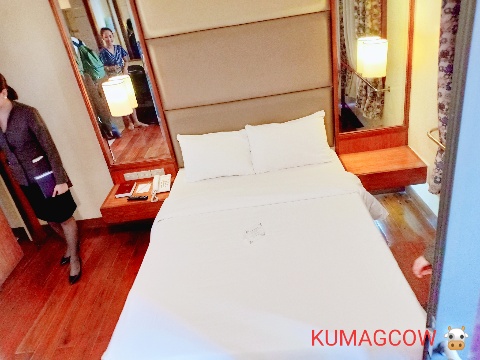 This is the Villa Suite Deluxe room. Again has two floors to entertain people downstairs and two queen beds upstairs. I love their use of capiz and stained glass windows which gives this an authentic Filipino flair. The toilet and bath is nice too. 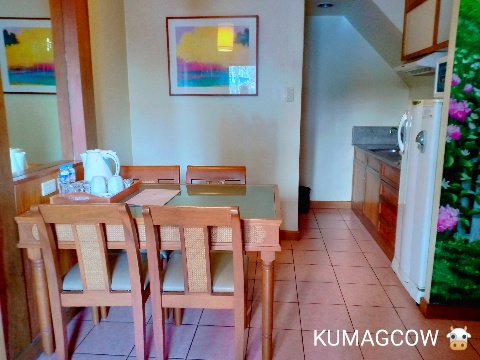 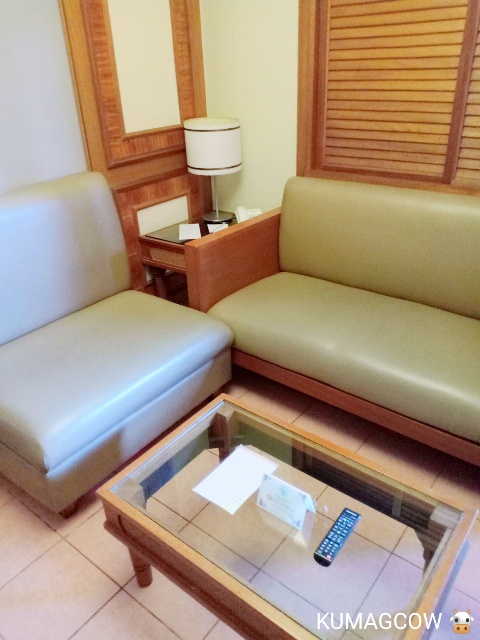 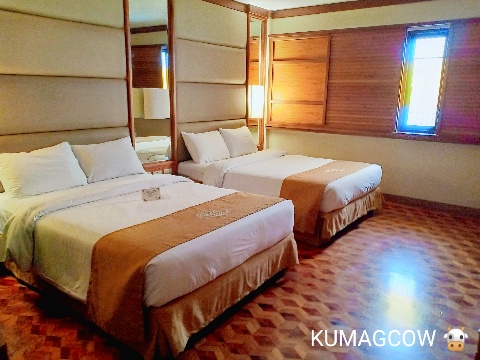 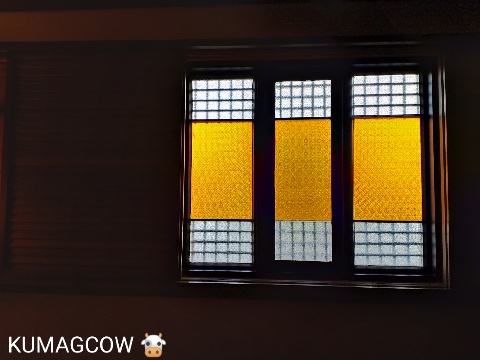 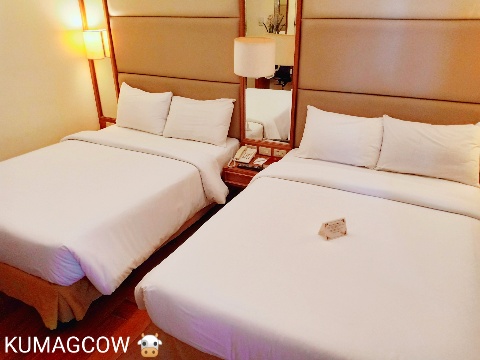 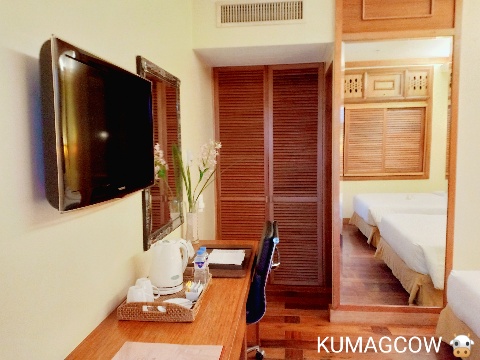 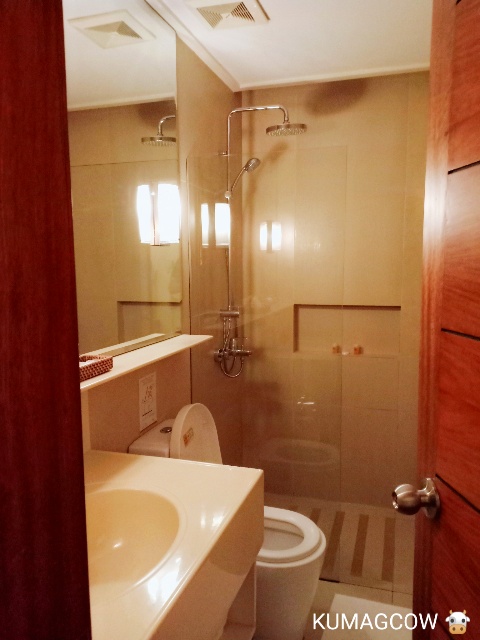 Oh and no, they didn't hold back on amenities because they're equipped with a gym, a jacuzzi and a pool. Staycations would be ideal even if you are from the same city. 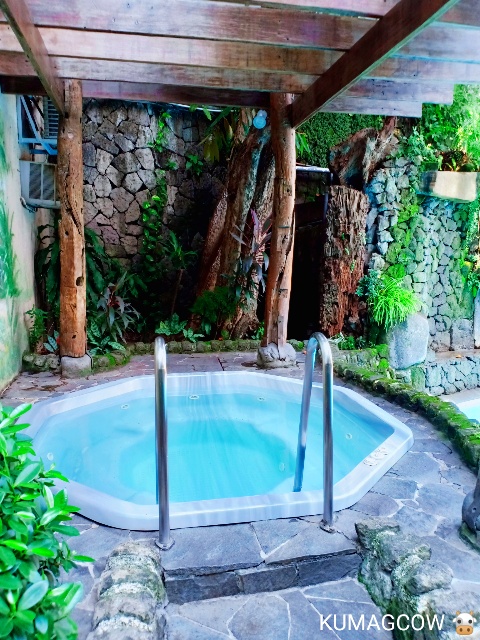 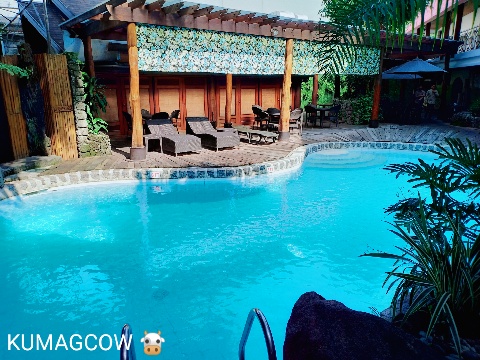 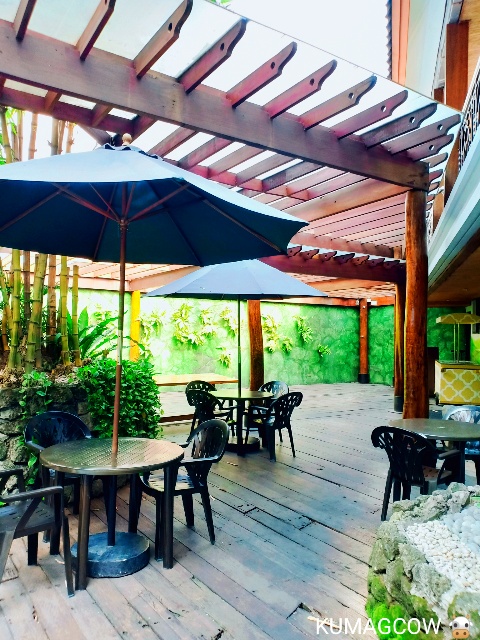 They also have several function rooms which can serve as venues for birthdays, barbecues, meetings and just about anything you could think of. They've got pretty nice food choices and can be modified if you're a little picky or have allergies. 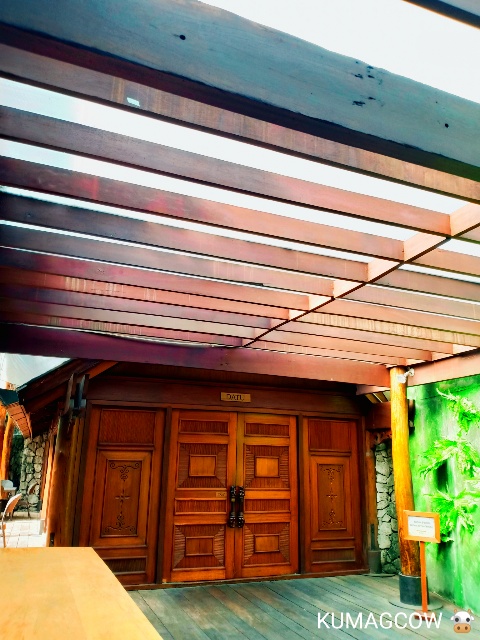 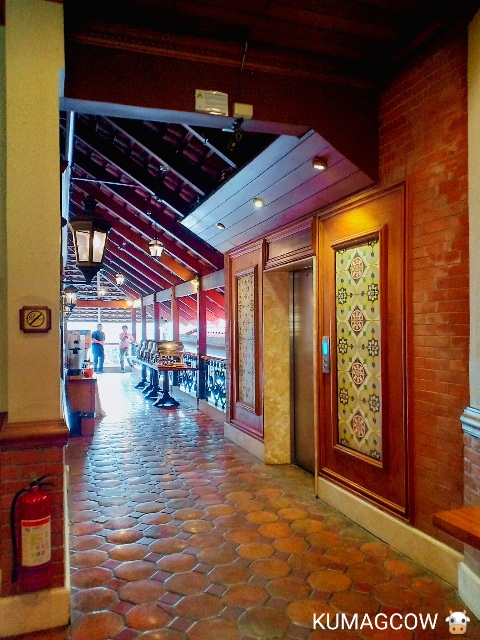 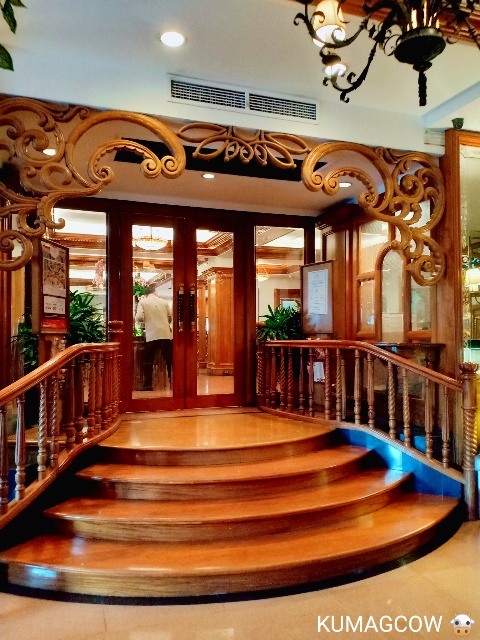 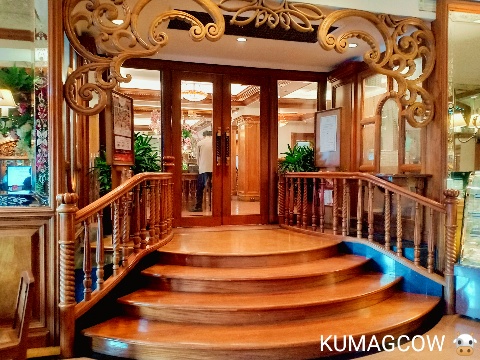 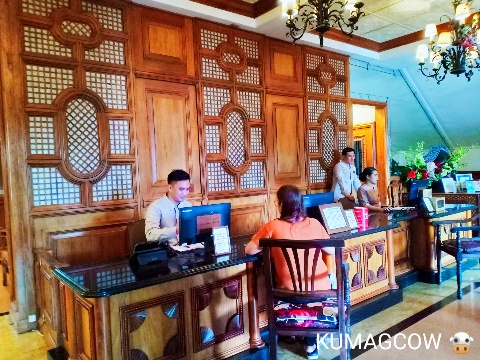 Check out is also a breeze because I even saw my friend go out of the hotel and it just took them a few minutes, no one will be late for their next flight.

Hope this somehow gives you an idea about what to expect in The Legend Villas. For me, this would be perfect for OFW's or Balikbayans who would want to stay in something that reminds them of home. I have yet to stay here but I'm sure it will be very soon. I want to take a dip in the pool and have wine at the jacuzzi area, are they ready for me? LOL!

Go to LegendVillas.com.ph for more information about their rates, it's very affordable and I also have them on my IG stories, they're featured on my profile so check it out!