Funny Things at the Dark Movie "Babae at Baril" 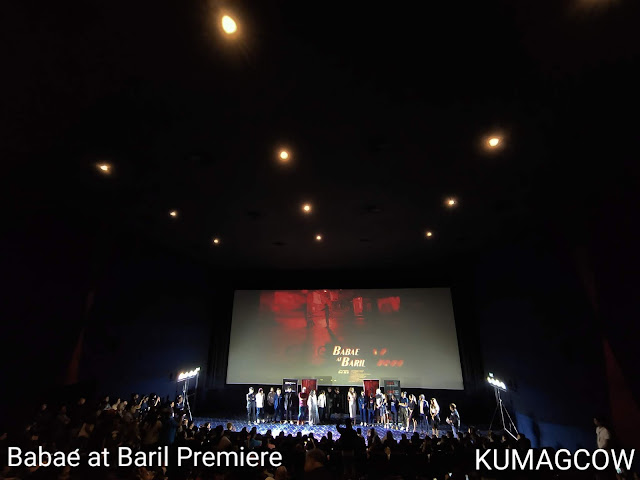 The movie was dark, cerebral and I'm sure not everyone would get it but the director Rae Red told me a few days ago they would be counting on the Filipino viewers intelligence when they see this film. It would make you squirm on some of the scenes, relate to it especially when you are female, have gone through horrible situations and just wanted to explode. Janine did good and the young guy who played the balut vendor. You have to think a lot how they tried to tie it all up together, and it will take a long loop to get back to that scene (we wouldn't want to spoil things for you). But I have a lot of funny things experienced while watching this film. 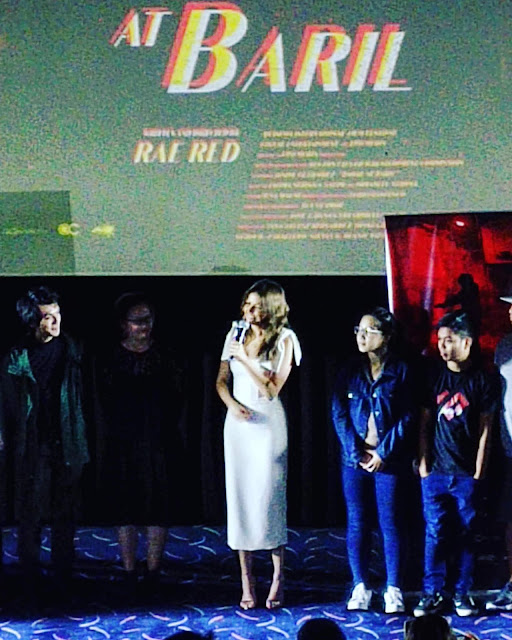 The GUN was empowering, not the usual toting kind but Janine was portraying a newbie anyway so it was the perfect reaction to what she was doing.

EVERYONE WANTS TO BLOW UP THINGS especially if you're the kind who just takes things lightly. It just all gets stored in you, but one day you will just get fed up with the BS and kill people. We all think about it, but have you done it? Janine in this movie did. If I did a movie with what I had in mind, a lot of people would have died and we wouldn't have Earth anymore.

SOME MEN ARE AH.. I specifically said that because there are still a few good ones out there. But don't ever get complacent because there are still a LOT of predators out there and you could be the victim. This is where Mr. Roco's character comes in. Was it good? No, it was painful to watch especially the length of that scene, it could have been just done fast because we got the message already. It was a huge topic after the movie and you will have to see yourself if it was enough. Anybody can be an AH actually, not just men, and I know.

THE POPCORN WASN'T GOOD at the Gateway Mall's movie house, it felt like crumbs cooked from three days ago. I had to say that.

PEOPLE ARE NOISY... I am sometimes too but some people at my back were just too involved and resorted to ask their seatmates what happened about a scene three minutes ago. Maybe that was the goal of the movie? To stir discussion, and that was done A LOT of times during that screening. Wish this was available online so I could hear some of the things I missed because some were just talking loud over the conversations in the film.

THERE ARE CAMEOS... This includes the foot of Janine which you're gonna see a couple of times. We need stricter laws against the proliferation of expensive stockings in department stores which sales ladies can't even afford.

GREAT MUSICAL SCORING... From the funk music of Radioactive Sago Project to the other things that were repeatedly used for background music, it had that cool feeling that this would be a great film. It had a lot of promise.

Would I recommend you to watch this film? Not entirely, but if you're a weirdo, a music lover, one who loves blood and dark scenes in movies, or maybe a fan of Janine's gorgeous face, then yeah this is for you. It just takes a little bit of thinking, but when you do watch it you'll ask yourself... WTF WAS THAT?! And I think that is a good thing.

It shows today as part of QCinema International Film Festival. Go rush to select QC Cinemas where the Festival is happening.