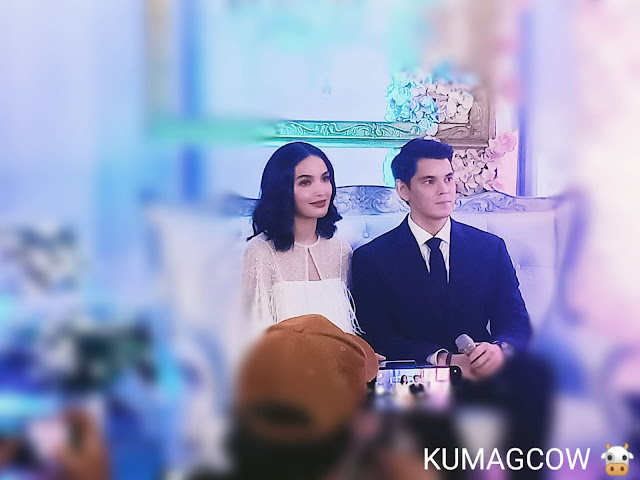 It's official!! Richard Gutierrez and Sarah Lahbati will tie the knot, and they are now currently engaged.

They announced "We want it to be in Manila, we were considering Switzerland but we thought about the family and we figured we just had to have the wedding here."

Sarah says "He was my first serious boyfriend. Before, I focused on work, and I'm the type who does it long term. When I met him, I knew he was the one. I thought he was suplado, but he was very kind, very loving as a son, as a friend, it wasn't really nice as a first impression but I was wrong. Of course I have lots of blessings, I am most happy though because we are together. Kai and Zai will be our ringbearers but most probably will have a special participation. They will also be with us during our honeymoon."

Richard says "She is different, she is someone who made me happy. It just became so hard to have projects, lots of it before our planned wedding. I am also doing MMK, the new soap, which will come out this week. I also am in ASAP in Rome. When your relationship is being tested, you get to know more about the person, we both grew so much. As parents and individuals we cherish that. I thought she was out of my league, but after a while we had a lot of similarities. Our parents saw Geneva and had bondings with Sarah's parents. With my family, everyone will have a participation especially Ate and Mind since they have helped us a lot in the recent preparations."

The official announcement and wedding details will be done in different programs and platforms of ABSCBN.

This is going to be big!