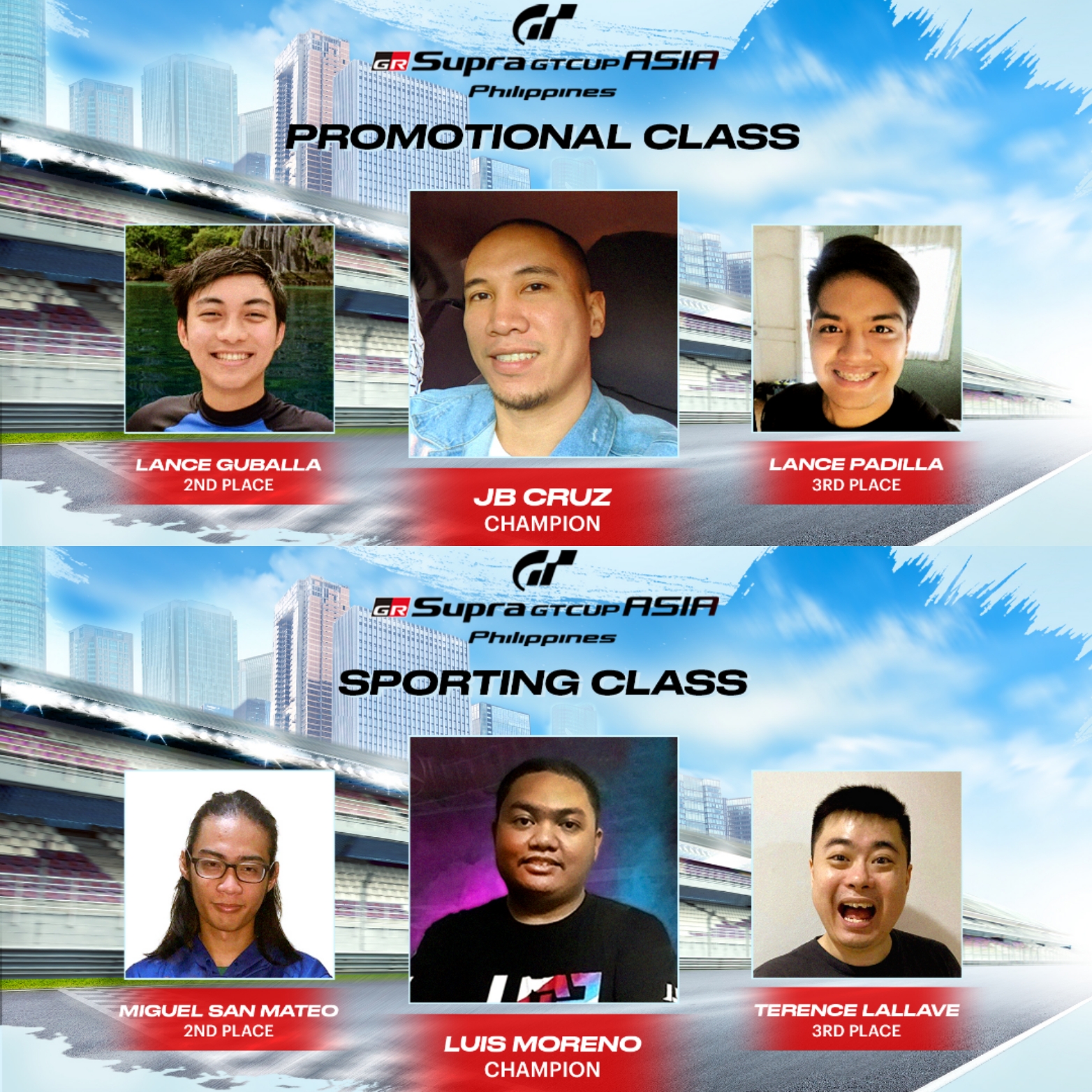 Results are in from the recent Second Round GR Supra GT Cup Asia Philippines conducted by Toyota Motors Philippines. This is their first e-Motorsports program and top players for Sporting Class and Promotional Class donned their racegears once again to see who gets the podium finish in this year's outing.
Hundreds of them participated this year and burned rubber at the Autopolis International Racing Course virtually driving Toyota's very own GR Supra. They had to go through rigorous qualifying rounds and do the finals heat for them to be able to see who remains supreme!
In the end, they got a mix of old and new faces. Some unexpected, some proving the world is really round. The Sporting Class was won by Luis Moreno while Second and Third place was taken by Miguel San Mateo and Terence Lallave of whom are all new to this game. The Promotional Class was conquered by JB Cruz and Second and Third Place went to Lance Guballa and Lance Padilla.
This coming September 26, they will be having a third and final round where Round 2 points will get 1.5 multipliers while double points will be done on the latter. Registration is now open over at Toyota.com.ph/gtcup and if they get overall championship from their scores, they'll have a chance to represent the country in the Asian Regional Championships on October. There will also be a third champ chosen from celebs vs media class which will happen this September too. Join their community here for more updates on Facebook. ( https://www.facebook.com/groups/680971852455112 )
Stay tuned for more updates here, results will be posted soon!