Last night was one for the books (actually two nights ago!). I took a break from press conferences and writing because a very talented guy was launching his own album, Kean Cipriano. I wouldn't miss it for the world!

This was sort of a listening party, over the internet, over wine, food and awesome conversations in between. The front man and vocalist of Callalily finally had a chance to showcase what he's been doing in the past few years, so in a way I'm witnessing history, art, taking its form. 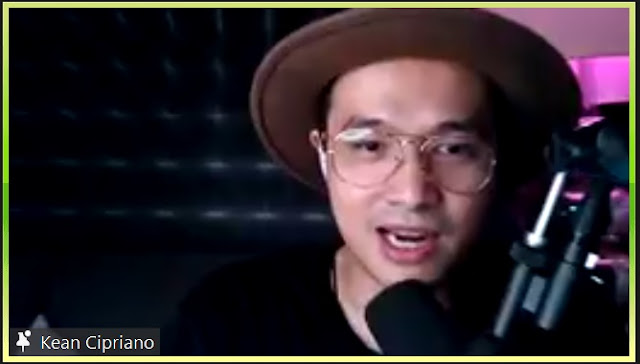 Kean says "This album has been 3 years in the making. Suppressing what I felt was already hard - and waiting for the others to release their albums first was equally daunting (he kids) . The album is just something so good, quite surreal. This is like saying your age without saying your age, my era when a CD was medium in making albums. I had to use one of course even if processes meant I had to be fully digital. It was a long time. It's been 6 years when I last released an album with Callalily, so in a way, I feel like I'm a kid again, like I'm starting... hence the title of the album Childlike."

The album includes several singles which has been written and kept in notes he's been holding onto for several years. Some of it has been reworked and masterfully done with other artist friends. He also included a few new ones with wife Chynna which I liked as it had a bit of storytelling. When I listened to Childlike., it felt more of how fatherhood had changed him as the lyrics delved more on his love and will to sacrifice for his kids which I think was so endearing. It kinda served what I felt with the bits of photos they share on social media (and how I got to know them over the years). 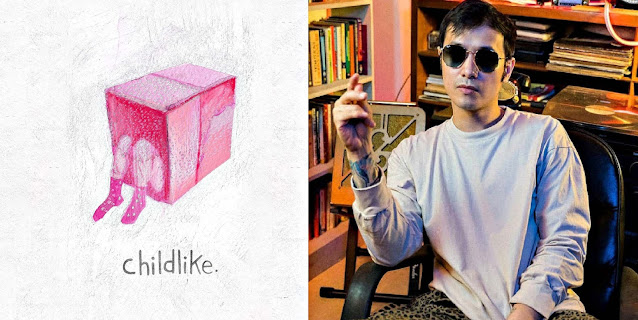 The single Took Me Out on the other hand felt like an ode to someone who saved you from a bad kind of life... the one with "no sense of direction" and swept him off his feet kind of relationship. I'd be afraid if all these songs are personal experiences because some of it are extremely mellon collie inducing like T@ngin@ which screams of a heartfelt confession of a man struggling to make his partner fall in love with him. That song tore me into pieces as it tells how he realized his shortcomings, how disappointed he feels as he's not able to become the man she wants him to be. He's also sad that he sees how distraught and tired she is and where their relationship is heading, which I felt was a bit like me a couple years ago (scratch that lol). Though honestly, I really dig that track and it is my personal favorite.

The single Eye Contact had artists Liezel Lopez and Jon Lucas on its music video. Both the song and the vid had an 80's vibe on it as Kean says "We played a lot with that. It's like a reveal, a twisted imagination, and we just played with visuals. The concept is about a guy stalking the lady. This was written a long time ago, I think it was around 2012, but it was just stored in my notebooks. I just released it in the solo project, I did a demo at home and Chynna figured that it would be good to release it with the other songs. The feeling is surreal as the the directors for this music video are my mentors, I know I'm in a safe place doing these concepts because Direk Oddy and Direk Jay, they collaborate with me. I'm not the director, I am not acting or singing in the video. I took the producers hat, I want people to get the message, that it's not just about love, it has a deeper meaning, our existence in the world where we have lots of people to interact with, and disguised it into a love form. This is under OC Records (their label)."

During the listening party, Kean also had some of his friends perform and share their music. I couldn't believe the amount of talent in that room especially the powerful songs that William Elvin did and the cool numbers that Martin Riggs added. For aspiring artists, Kean had one advise. He says "Go all in like this guy Mark Thompson of Project Moonman (with his lovely wife too in the conference). In the eve of pandemic, creative people can survive, I can't wait to see Project Moonman live. " 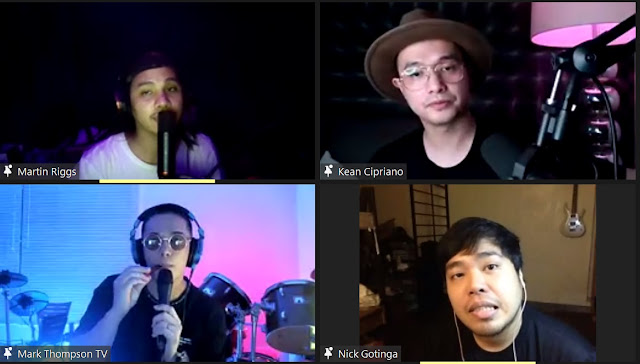 Make Me Fly is another single that got me really interested. The music video for it was done with really good and impact driven animation which I'm sure most would enjoy. Tonight I Break Some Promises was all about breaking hearts, killing memories, things that you shouldn't say to a person you're leaving but worded straight forward. It'll ruffle feathers especially if you're a bit emotional, Filipinos do love hurtful songs no matter how that sounds weird. Sulyap on the other hand was more like a profession of love. It tells a story of a man ready to sweep a woman he loves off her feet. It's also for a person she prayed for, and the guy assures her that she's in good hands. The single "Later when I'm drunk" are for those awkward opportunities of going up to introducing yourself to someone (like in clubs), more like a hookup, and the music feels has a bit of country/western vibe and the chances of getting drunk - and refused. Lastly, Walk on Water was another track with wife Chynna. It felt like an anthem of two starstruck lovers who would want to make the impossible possible because you are with the one you love.

Seeing these songs made me realize how powerful songs are as a medium in relaying emotions. Kean's songs might have been a hodgepodge of experiences in different times, with different people, but one things for sure, it shows a part of him. Too bad I didn't get to catch the man perform a number during the last sequences because of writing deadlines, but surely, I enjoyed every bit of it. If you want to see and hear what Kean Cipriano has up his sleeves, go stream his music over at Spotify and other digital streaming platforms. He also has several of the audio uploaded recently on YouTube, go take a short break and listen to him sing. This is his solo album, and it's mental!