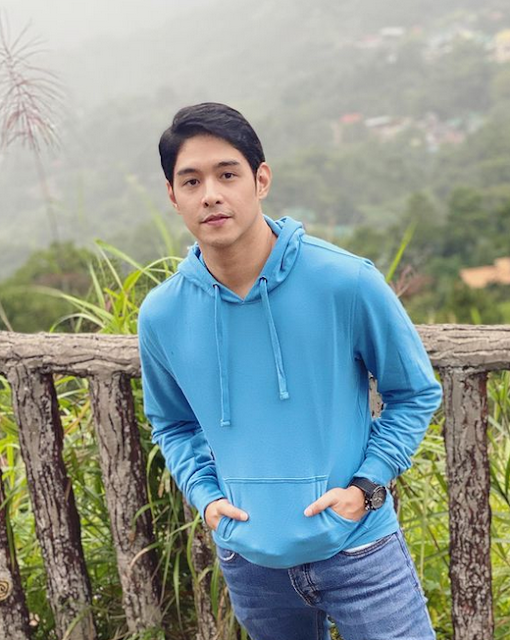 That good looking tall guy with boy next door looks and fit physique just isn't stopping in his game. Jeric Gonzales just recently released his new single "Hihintayin Kita" (I'll wait for you), a sad ballad written by Direk Louie Ignacio for the movie he's also in (which will come out soon). It was written specifically for it and was inspired by the story, it was only while they were working on set that Direk said he'll be singing the theme song for it, so he was quite surprised.

Here's our interview with Jeric this afternoon, enjoy!


While I was talking to him, he distinctly remembers the time when he did the front act for legendary David Pomeranz when he did a concert in Quezon a few years back. He also mentioned how he always make it a point to connect with the women being paired with him so when they do intimate scenes, he wouldn't cause them to be uncomfortable when they're with him. He also affirms that he doesn't fall in love with the beautiful women being paired with him as he's very professional. I'm so glad hearing that.