Who Did It? Get Caught in GMA's Widow's Web 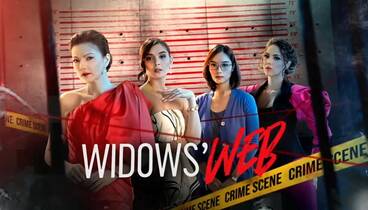 GMA just came out with a formidable show depicting a story on how one man got his life taken and unknowingly changed the lives of 4 women... one of which should be guilty of the crime in Widow's Web. The show premiered last February 28 and has done well in the ratings, so we got to talk to the cast a few days ago about it.  Honestly, even if the plot was a little serious, it was super fun to get to chat with Vaness del Moral who plays Hillary Suarez, Carmina Villarroel who's playing the role of Barbara Sagrado-Dee, Ashley Ortega who's playing the character of Jackie Antonio-Sagrado and Pauline Mendoza who will be playing the role of Elaine Innocencio. The blogcon was also graced by EA Guzman and Adrian Allandy who were also game in telling us how it felt working with the ladies in the show. Here's part of that blogcon on video, enjoy!

Who do you think did this? Well, Pauline Mendoza's character Elaine will be going undercover by applying as an employee under Sagrado Foundation. She will be trying to prove that her husband Frank isn't the one who did the crime.

It is here where she meets Xander's wife, their friend and older sister of whom could possible be the culprit. She then would know who did it, the reason why in the next few episodes so make sure you watch every gripping episode from the GMA Entertainment Group. This is also directed by Jerry Lopez Sineneng who's done several hit shows in previous years brining in a different flavor in GMA this year.

I'd like to take this bit to thank GMA for having us during this blogcon and I've watched a few episodes during the week. I must say, they've got a good story, an excellent cast which would take this suspense drama series into a different route which I'm sure viewers would love. If you miss seeing the episode on GMA primetime, it will also be shown on G TV at 11:30PM.