Folks looking for a phone would be so happy as realme just released the realme 9 Pro. It's got hybrid dual sim slots (one you can use for micro SD storage), a huge 6.6 inch screen, 1080p 30fbs video, 16MP front camera, and three cams on the back with 64MP, 8MP (for ultra wide shots) and 2MP macro. Very pretty too as it's colorways are in Aurora Green, Sunrise Blue and Midnight Black in some countries. 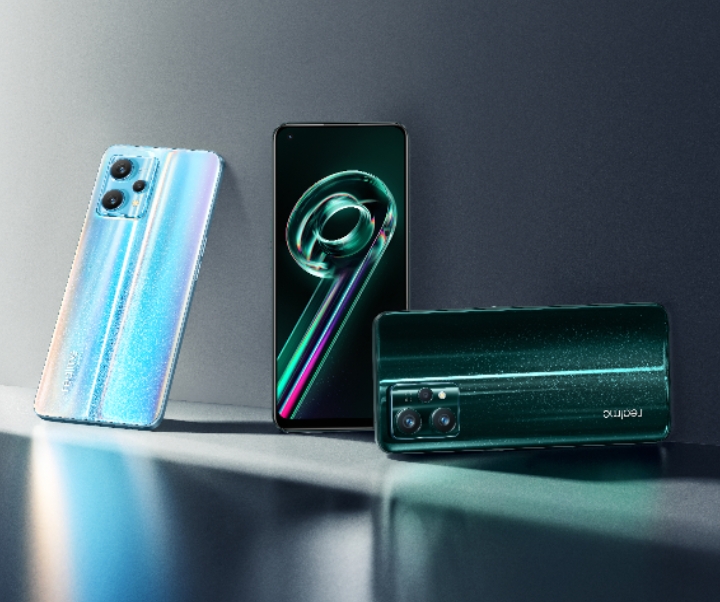 Battery life is good for long play as it's got 500mah LiPo batteries. You can fast charge it too with 33W power with the proprietary USB C cable.In a way, this is a little like the realme 8 but the improvements and additions are sufficient to be called the 9 Pro. This is also available in 6/8GB RAM versions with the Snapdragon 695 5G processor, runs Android 12 and the new realme UI 3.0 which people love. The 128GB storage also is huge, so you can have photos, videos and lots of apps installed without deleting stuff. A little important for me because I do a lot of these things.

Austin Huang VP for Marketing of realme says "After being named the number 1 phone in 2021, thank you for your continued support for the brand. We have always kept our ears listening to the changing standards of the world. Among our offerings, we are excited to push boundaries with the realme 9 Pro series. Flagship features for a mid range phone. We dare you capture the light like a pro, to cater to a dynamic lifestyle."
The phones will be having a bigger sensor, bigger light intake and better photos. The realme 9 Pro Plus on the other hand has better image output, better photos in low light situations, steady and still with OIS that helps with lessening blur for videos. It's a hardware and software combination that gets you to lessen noise, so you get a worthy image to post on socials and print. The audio has dual speakers with dolby atmos, those movie nights would never be the same. The realme 9 Pro+ has a MediaTek Dimensity 720 5G Processor, 4,500 mAh battery, Vapor Chamber Cooling System so you don't have to worry about heating. It's also got 60W Super Dart Charge, only takes you a couple minutes to full charge your phone. Don't be confused what to get though because both of them are quite good. 5G ready phones at this price point is simply good already, but they packed it with good hardware.
According to tests done by realme Philippines, they've gotten no problems in gaming. Albeit sweat and intense use would play a role, they've had not seen any issues with the phones they've gotten. As for aftersales service, they have 20 locations nationwide minus one because of a fire in Alabang, but they're currently expanding in the country, so there's more places you can go to if you encounter issues.
They will also have realme Buds Air 3 launched on the 15th so stay tuned for that. It's very minimalist, active noise cancellation, 42dB of it. 30hours of playback. Dynamic Bass Bosst Driver too so you're getting that party done in your own head when you need it. It's also iPX5 water resistant, perfect for summer fun!