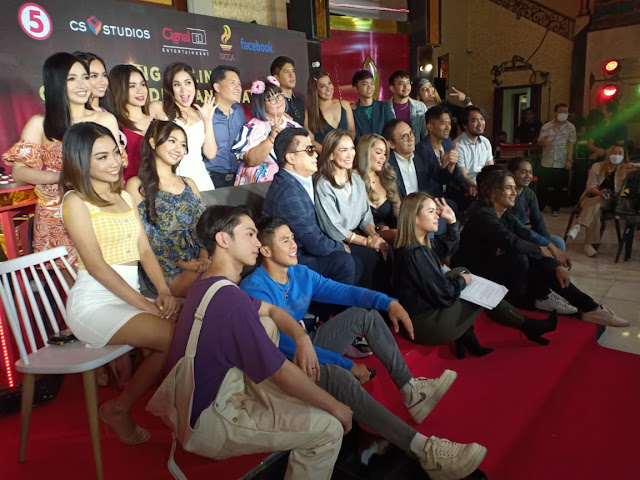 It was so fun to have been able to go out and cover events again. As restrictions ease in Manila, TV5 invited us to the grand dame of theaters, The Manila Metropolitan Theater. This place was officially opened last year and this is officially the first time that a live event for TV is being held here as SING GALING is doing back to back grand final events this coming March 5 and 12.

This is possible as they've forged a partnership with the National Commission for Culture and the Arts. They gave us a peek on what will happen to the Ultimate Pa-Sing-Katan for the celebrity edition and Kantastic Finale for the regular edition. They had all the contestants for the regular edition present and a Chuckie Dreyfus, Boobsie Wonderland and Aljur Abrenica too. The celebrities will also have their chosen charities benefit from it so the stakes are definitely higher.


Check out this video I made of our visit there!

I'll be doing a separate video for the tour of The Met, so subscribe and stay tuned for that. Meanwhile, you're going to also see Pepe Herrera, Jerald Napoles and Patrick Quiroz for the finale. You also have the chance to choose what song they'll be singing through their Facebook page plus the ability to vote for the winner through Facebook Messenger. They partnered with Meta's Facebook just for that. QR Code for voting will appear on the show and posted on their social channels. Up for grabs is a 1 Million prize and a house and lot so it's going to be a serious battle. It'll be livestreamed on https://www.facebook.com/singgalingtayo/ https://www.facebook.com/TV5manila/ and their official YouTube account.


What struck me most was the judges, as the contestants told us, pretty much loved the time they spent together. They felt like equals, and Mr. Rey Valera even made them their own single, in hopes of releasing an album with them on it. Doesn't that fell like pieces falling together for OPM? Oh surely, it'll be a good time to watch the show at 6PM on those dates.