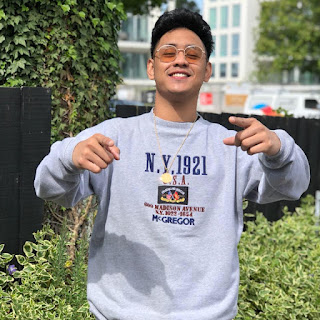 Looks like Cornerstone has a diamond in the rough - and he sits comfortably in their hands. A guy with a really good singing voice, answers smartly with each question thrown at him, pleasing to the eyes, full blooded Cebuano and songwriting chops that could rival the greats in the industry. He's Kenji Exaltacion, who previously was in a band... he's now a solo artist and admits he's starting all over again.

Kenji says "As time went by, my experiences have changed and I too have grown older. My experiences have become deep, I used to just imagine stuff but now I experience it for real. you can say it's truthful, the emotions become it. One of the songs I have here is "Done", my ex knows it, she heard it and it was towards our break up. She knows it was for her. Her reaction was a little quiet, it was a long distance relationship and I barely could feel how she feels because it was through Skype. I saw how she was a little teary eyed. I am thankful that Sir Jonathan really pointed the way for me to go to Cornerstone. They trusted me a lot. I want to work with Moira dela Torre and perhaps the artists from Visayas like TJ, KZ, I think we could work a lot because we could write in Bisaya."

In the 5 track EP entitled LIHAM he says "The process of choosing songs for this was a little hard as I had to present 12, these were the top 5 for it. I'm happy about their choice, and I did consider them as the top ones too, we were very in sync with what we liked. I want people to experience what I felt during that time, be in my world, my story, to see the world in my perspective and how I see everything." 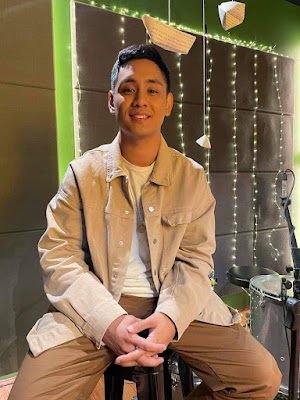 He adds "I wanted to do songwriting classes before but I started early when I as in the 6th grade. I listened to Ed Sheeran and Coldplay and they changed how poetic I approached songwriting. They are my influences, I had to convert it into lyrics. I write manually, I couldn't write it on the phone because I feel it would be a little difficult to put in feelings on it. I auditioned in the past for an OST but suddenly got to be in the show, I'm sticking to what I do best, do songwriting and singing. I started playing the guitar when I was in the second grade, it was in school. After that, I played for a friend, I started singing when I was in the 5th grade. In high school, I sang in a competition for our section, and that started it all. Ever since, I felt I loved performing. As time went by, I just winged it, listened to songs and picked up styles... I adapted it to how I sing now. I did workshops in Star Magic years back, it was good but I had to prepare more for singing in the recital."

He also shared how his past relationships have made his songwriting process a breeze especially his recent ones that is the subject of one of his songs. The lyrics he put so much effort in is because his understanding and experience about love is deeper, and as a single guy he views this as good motivation for each piece he does. Under Cornerstone, he's very excited that he'll be performing on stage not with his previous band, but as a solo artist. He holds a lot of promise from what I've heard during the press conference, I'm sure you'll love Kenji, go stream his 5 track EP album on digital apps like Spotify. My personal favorite is the song called "Paraiso Ko". If you want to know more about him, follow Cornerstone's social channels as he's going to be featured there when events happen soon. This is under JUST MUSIC which is a sub label of the CS Music label.