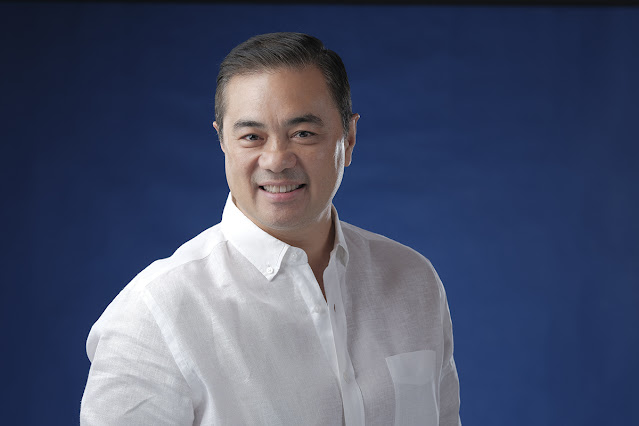 This Thursday March 24, 2022, Presidential aspirant Ping Lacson announced that he is officially leaving Partido Reporma and is running as an independent candidate for the highest post in the land. This as former Speaker Pantaleon Alvarez and party officials in Davao Del Norte province informed him of their decision to support a different candidate this afternoon. The announcement was done in a press conference held at General Santos City.

Later that evening, Rep. Alvarez lauded Lacson and his accomplishments, then endorsed Leni Robredo who cited the urgency of fixing the country's issues by working together with their brand of good governance. Party members also supported and appeared during the meet in the province. Olympian, Senate candidate and former Makati Congressman Monsour del Rosario recently released a statement in reaction to this matter and his support for Vice President Leni Robredo. 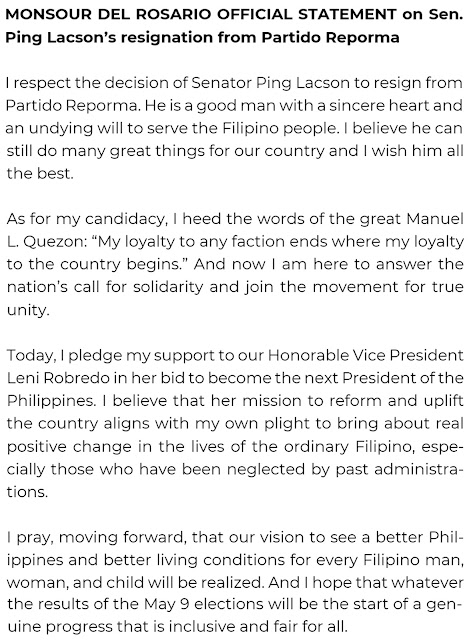 Aside from being a Taekwondo champion, Monsour del Rosario has filed 282 House Bills and Resolutions. He's also the author of the Work From Home Law, also known as the Telecommuting Act of 2018. He's also pushing for healthcare which he deems important for Filipinos in the medical industry. He has done quite well during the 17th Congress and hopes to do even more for the ordinary Filipino when his turn comes to serve.