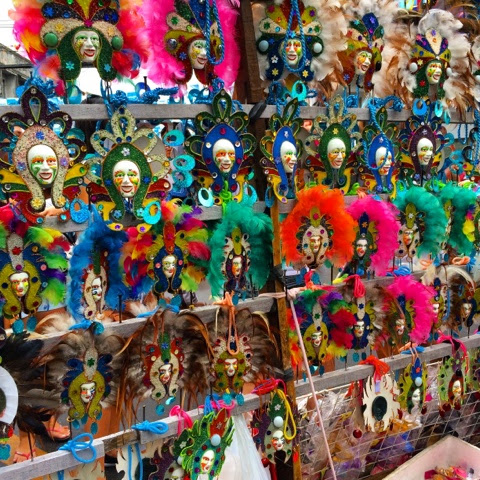 After an epic day 1 at Bacolod I was wishing to top it off with another great celebration in the city of smiles for Masskara 2014. We partied the night before (for Masskara Love Dance) til morning, and got up afternoon... then decided to rush to the front of Bacolod City Hall so I could catch a glimpse of the famous inter barangay parade that everyone was talking about. The moment I arrived there, the streets were already filled with people, there were a few cops here and there, but I had the notion that the parade was already done as the cabbie told me going there. I started just shooting randomly on the side streets because there were small Masskara trinkets which I found so cute.

Then from a distance, I could see a couple of balloons walking towards the city hall area, the crowd grew in a few minutes and when it cleared I saw these gigantic puppets they were holding which is part of another contest it seems. It was cute because they chose cartoon characters, it seemed that they all came to life! 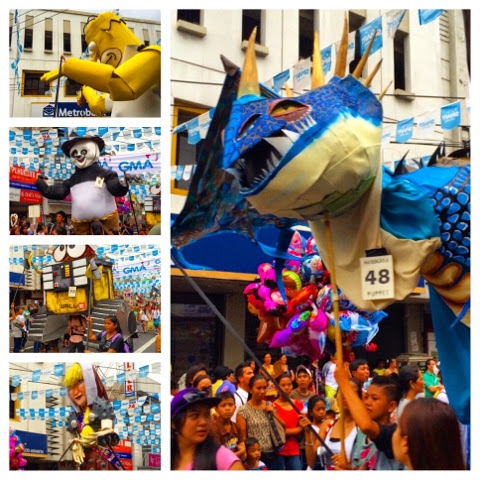 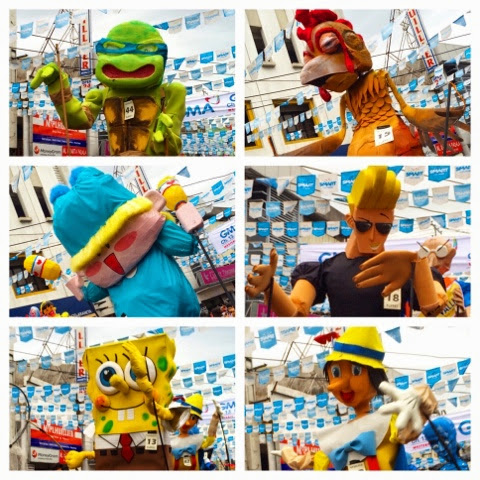 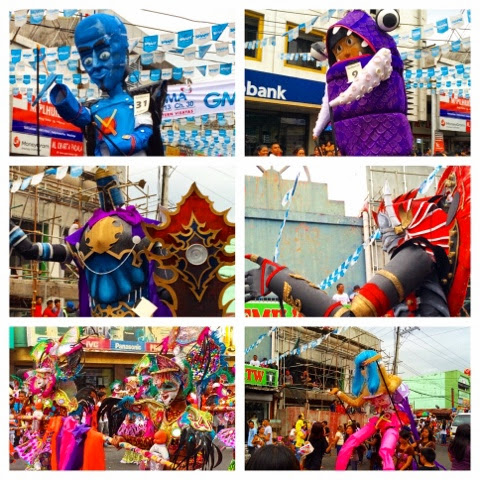 Both Manga and some American cartoon series were all there! People were taking pictures and selfies while the contestants were asking for donations too. Then I saw one or two Masskarra dancers mixed with them, I didn't know the Barangay parade was just there! I smiled from ear to ear ^_^ 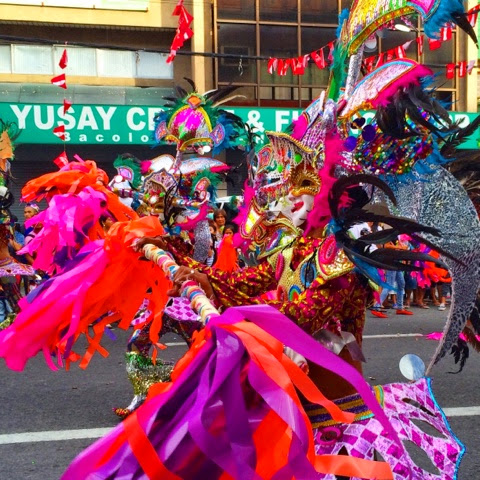 The Masskara dancers from different Barangays really spent a few weeks practicing for this so it wasn't a surprise that they were very spirited with their street dances. The colors, the intricate details on their costumes and the props were all well thought of, you just felt how much work they put into that. 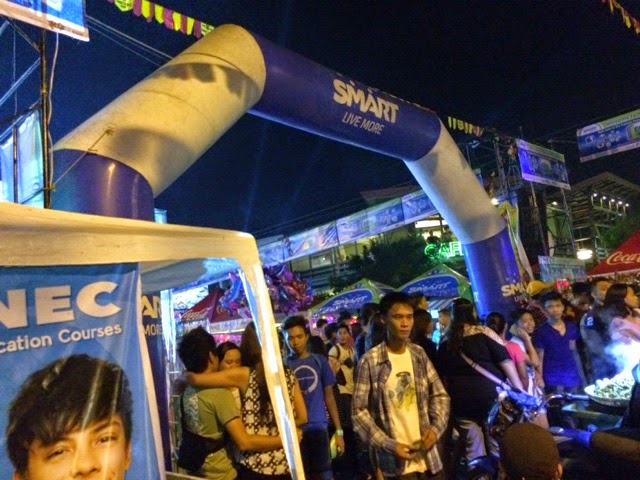 Lacson street was equally packed when we went there last night. There were two concerts going on in the same area but we wanted to experience #SmartMasskara like crazy so the best place to be is Spectrum's Masskara Invasion, located at Bob's Cafe along Lacson street - powered by the biggest network SMART of course! 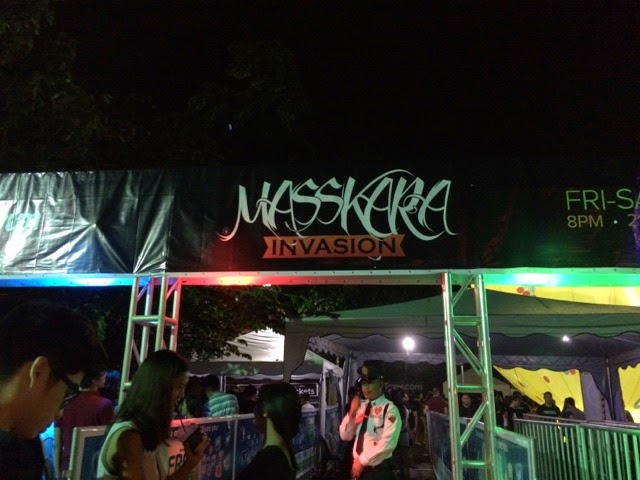 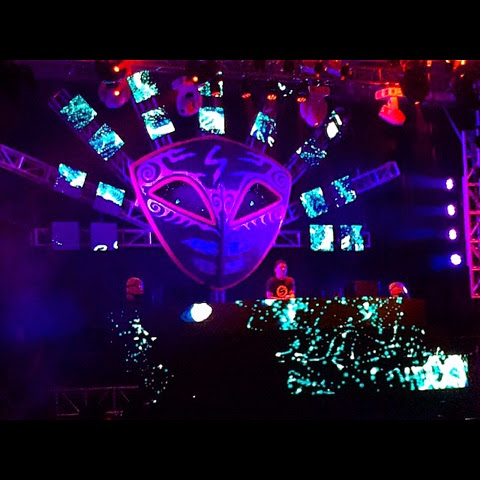 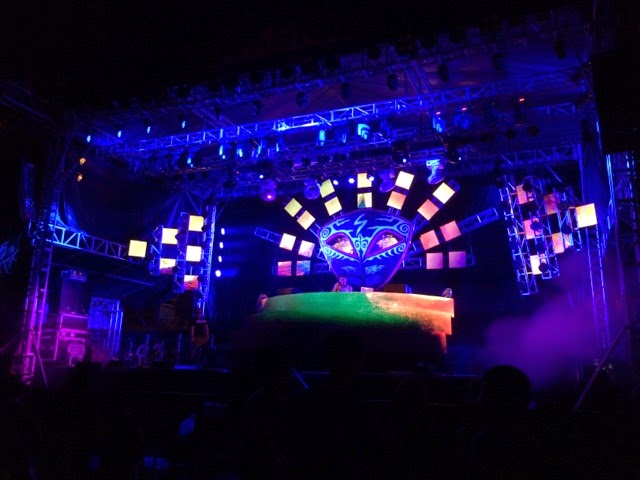 It was grand, it was intimate, I totally LOVE the music! If my hunch was correct it was a mix of EDM, dance and pop music. Everybody had their share of fun, united under the midnight sun. Add to that the fun people we were with last night, plus the beautiful people of Bacolod, it was bound to be another #SmartMasskara experience we will never forget! 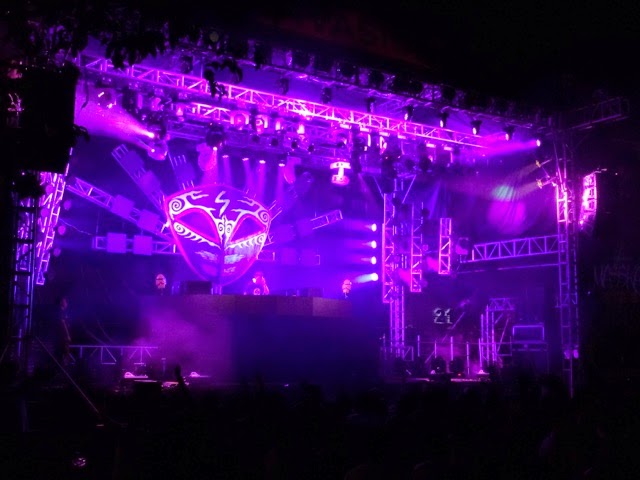 I super duper LOVE also that I could update real time on Instagram because of the FREE Internet that SMART has. Whether you are on postpaid or prepaid, you can text FREE to 9999 and take your smartphone social media experience to even greater heights! I would love to go back to my second home, let's see if we could get part 3 tonight! :)


For more information about their services: