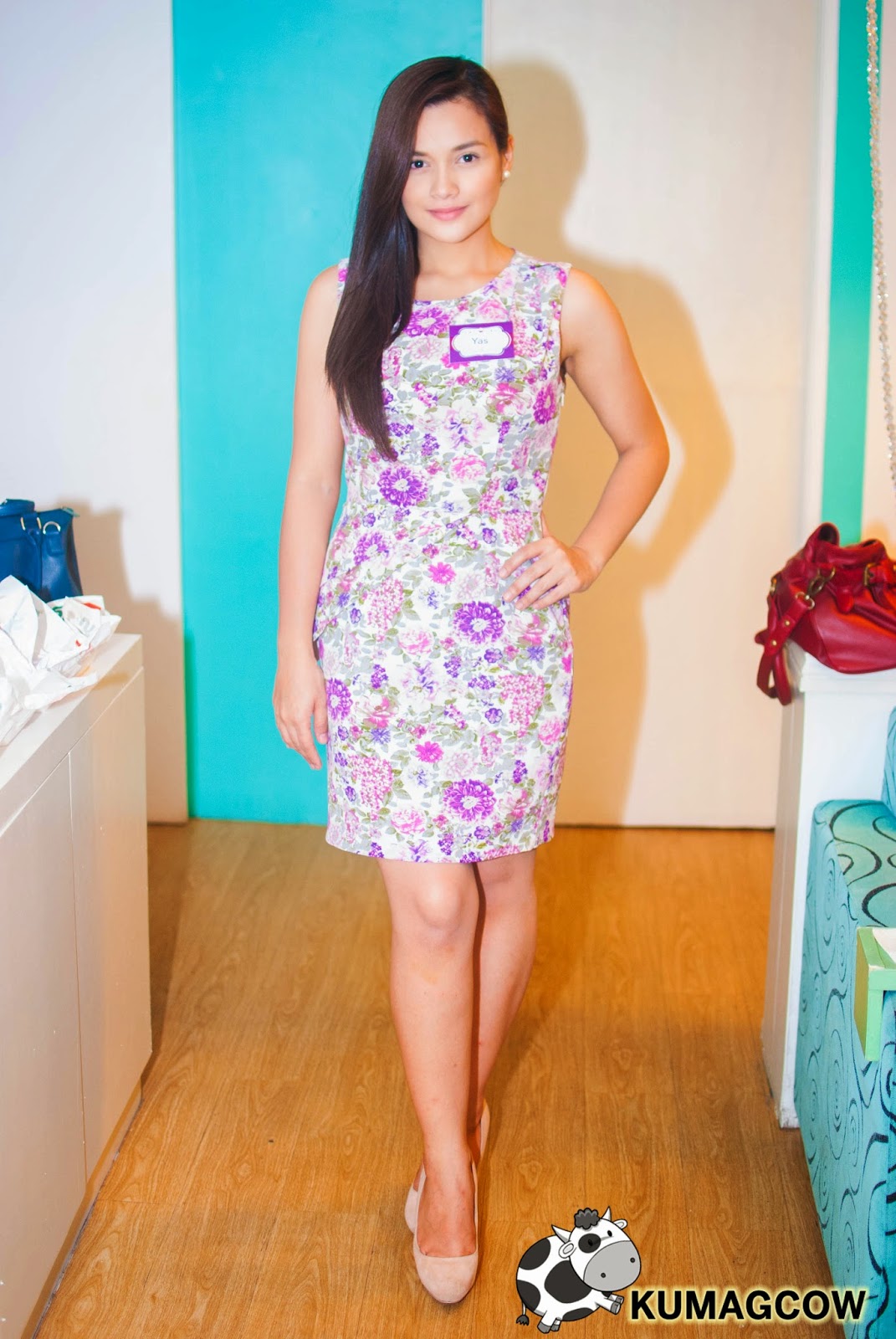 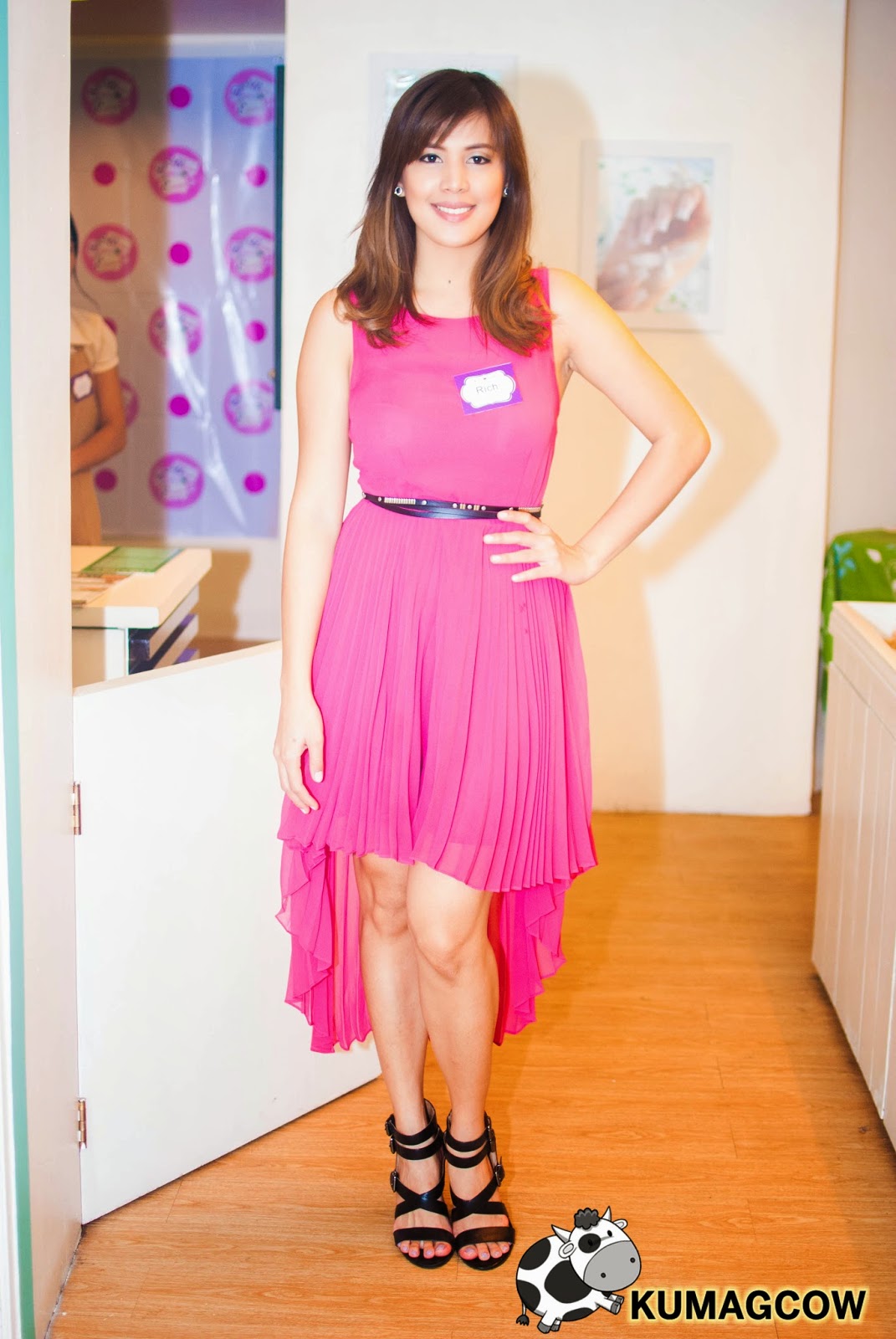 We had a treat a few days ago with GMA Artist Center ladies Yasmien Kurdi and Rich Asuncion at the Nail Cocktails nail salon in Tomas Morato, Quezon City. It's part of the Ultimate Bloggers Experience they promised us that day and it was awesome to have been able to talk to these two ladies from the Kapuso network. They've been very busy these past few months and I remember my last interviews with them quite vividly.

Yasmien Kurdi and Richelle Asuncion is set to bring you "Yagit", based from one of the 80's most iconic series called "Mga Batang Yagit". They won't be using the same script but would make an updated version of it wherein everyone would be able to relate to. I used to watch this show when I was a kid and I knew most of the main villains because I got slightly afraid and scarred with Bella Flores when she was often hitting them with whatever she can grab at home, whilst sometimes she doesn't grab and throw anything but the kids themselves. It's drama, it's comedy, it's life all rolled into one. It did really good in the ratings before I'm sure because you won't probably see anyone not talking about it. It became part of the culture, part of every afternoon, and that's one of the reasons why this should be staged in this generation. They'll be heavily concentrating on the strengths of the show back then discussing family values, good manners, love and life.

When we asked Yasmien about how she got the role, she says "We were handpicked, we didn't have to really audition for the role. We have already taped for quite a while now, several months for Yagit. It's a different role for me, it's something new and something interesting. We're excited and interested about what will happen with the character in the script. I have already done so may scenes with the kids. In the beginning they were trying to learn the terminologies, the cameras they needed to look at, they are learning how it is on the set. They are all very promising, they have their own ways in acting and ways to attack a scene. I don't have favorites because they all do good." When asked about her kid Yasmien says "She's turning two in November, it's going so fast because I'm already having a two year old. My parents and I do enjoy my kid a lot. I can chase her around, watch cartoons with her and I'm very happy I get to spend time. I have a very supportive and loving husband, a very loving father to my daughter. I will rate him excellent or even more if that's allowed." and thanked her for the time we spent with her that afternoon.


Looking gorgeous when she walked inside the nail spa is Rich Asuncion. I find her very beautiful and stunning in that pink number she pulled out from her closet. I sat beside her when she was getting her nails done whilst I was getting a foot scrub. It was relaxing and I got to talk to her more about her studies. She's doing good and she's almost going to get that elusive diploma pretty soon. It's so nice to see someone of her stature still eager to finish her studies even if she's already successful in show business. She also takes time to take care of herself and fancy natural products. She goes to spa's like once a month and usually just asks for home service. Her idea of relaxing is just staying at home, she goes out not that often. In Yagit, she's playing the role of Odette. She's the Executive Secretary of Donya Claudia who is the Mom of James Blanco's character. She's not naturally bad but since she likes James' character, she will be a little evil if the kids would be in the way. She says "The kids are remarkable, I find acting wise "Jocelyn" that she really studies the characters a lot and she really jumps into the character, "Ding" on the other hand is so natural that it's innate to act. "Tomtom" is hilarious and he's really a character, he always plays around with me while on set. Clauie is a little silent but looks so cute. Generally it's so fun to be with kids in the set. For me, it's a regular thing to be with new actors and young stars. It's a very light environment because they are kids. The downside would be that they'd forget that it is work. They are given only a few hours to do it. I see how people adjust to them and prepare everything. Director Gina Alajar is like a kid when they are shooting and I really find that fun as well." Here they are inviting you to watch it.