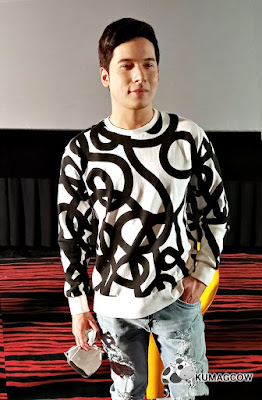 It’s been a while since Direk Jun Lana came out with a film but this one produced by Cignal Entertainment, IdeaFirst Company, October Train Films and Quantum Films would certainly ruffle feathers as the topic delves on the governments drug war that cost so many lives. It would be interesting to see how they would be able to tell a story about it especially when this topic in particular is very pointed politically. Watched it a few days ago in Gateway Mall as part of the press screening, you could say it’s a dark dramedy. With award winning actor Christian Bables on the lead role, it made the gay spin effective; and put the point across without people realizing how serious this is. This is also their official entry for this year’s Metro Manila Film Festival.
BIG NIGHT usually is coined from the events that gay bars in this part of the world do when they let it all out. It’s the evening where they make all the grand production numbers and let hell hath fury when it comes to adult entertainment/male pageants. This is where Christian’s character “Dharna” also works as his partner Zeus played by Nico Antonio joins these pageants as he dreams to win some day. Dharna also works in the beauty industry (owns a shack salon) but has unfortunately found himself reported in a "watch list". That entails being hunted down or killed, even if he isn’t involved in it. This starts the quest to clear his name, a chase that might prove lethal as he's seen a couple downed just because they're on it. He needed to hurry though because chances are, he could be next. Here, he hopes to live another day. The story also involves a lot of interesting characters, an ensemble of actors with the likes of Eugene Domingo, Gina Alajar, Ms. Janice de Belen, Ricky Davao, Ms. Gina Pareño, Nico Antonio, Allan Paule, Soliman Cruz, Martin del Rosario, Awra Briguela, my friend VJ Mendoza, Cedrick Juan, Ogie Diaz, Ms. Sue Prado. and best actor John Arcilla. 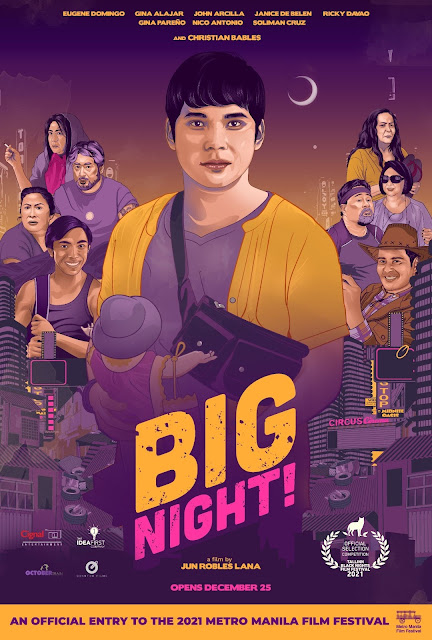 Christian says “When I watched this, I thought it wasn’t me. The work we do with the director and co actors are different, it changes you to become the other person, and I think that’s why this is good! I had a hard time doing the ambulance scene physically, I think I lost 5 pounds (he kids). If I win awards for this I’d gladly accept it, but whatever happens I’m already happy that you didn’t see me as Christian but just Dharna on screen.” 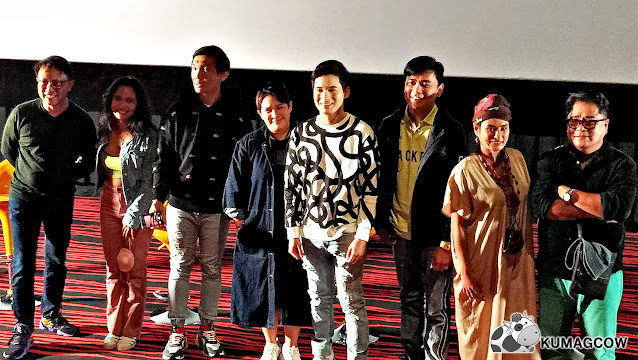 Direk Jun Lana took us on a ride, bringing real scenes of poverty, family, religion, community, corruption, society and heartbreak. This movie made me feel very sad, to see how things could be, to make something so evil become just a norm. He put it out there for us to discuss, the interpretation is left to the ones who watches it. The musical scoring in different scenes will haunt you a bit, effective and makes you feel like it was you involved in the scene. John Arcilla’s scenes is on another dimension, it was crazy and unusual, and Christian’s reaction to that was gold (you'll know more about it if you watch the movie!).

Miss Janice adds “People need to see other people go out in the streets, in malls and watch movies again. It’s okay but of course with proper protocols, we need to learn to live with this and try to live normally.”

Perci Intalan, Atty. Joji Alonzo, Isabelle Santillan was also in the screening. Miss Isabelle says “We’re very excited about the film because this is the first time Cignal is sending an entry for the MMFF.”

Atty Joji says “Jun and Perci asked me to co produce this and I hope you like this, if not please be kind.” she jokes.

Perci says “Thank you to everyone, to our partners, this was a passion project in 2019 and we were able to produce it during lockdown. Please, spread the word!”

Here are excerpts of the interview we had with them right after the screening, enjoy!

BIG NIGHT is part of the Metro Manila Film Festival, and according to Direk Jun there will be a sequel. I’d love to see that, because this movie just begs for more. It’s organic, funny, and you get what they’re doing the scenes itself because it's so relatable, it talks about what is happening in current Philippine society. I remember Direk Jun mentioned that this may not be fully understood by foreign audiences because this was made for FILIPINOS. Also, there would be several scenes that would be Easter egg moments for you, and they left it to your interpretation. I'd love to see this again during MMFF and see how audiences would react to it. I sincerely loved how they presented the message, and I won't expect less because this is a Jun Lana film. It makes you want to talk about it, and it makes you think.