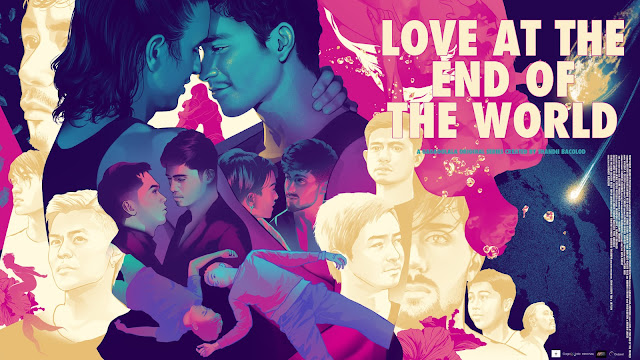 Temporary Insanity Pictures has released the BL series LOVE AT THE END OF THE WORLD today on the GagaOohLala App. Honestly, I was trying to find the right words to say how fitting this is to end 2021. I wouldn't fit this as just a series, but more of a quality collection of short films that discuss love and all your inner desires in one boat. It basically answers what you would do if you only had 7 days left to live on earth... director and creator Shandii Bacolod's genius lies on that premise and she doesn't disappoint. 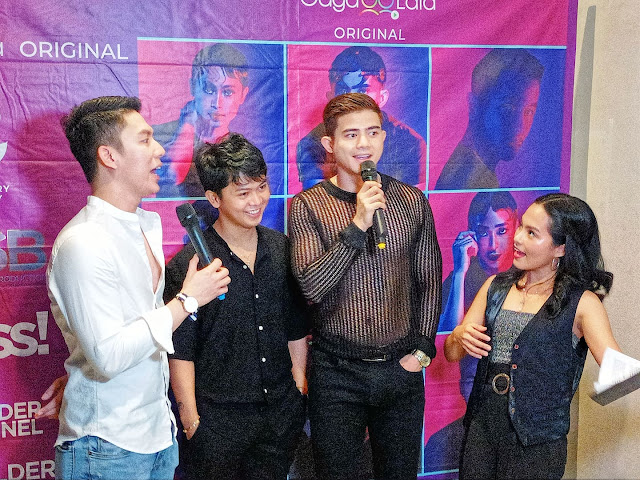 The series is pretty much, WEIRD. I say that with good premise, it's a good kind of weird because you kinda get in the head of the director. The film gets pieced together, individually introducing the characters that tell a tale of their personalities, their past, what they're doing in the moment. She tries to ask you, what would you do if you knew that it’s the end of the world? Now that's going to be a tough cookie to swallow, you dream of this happening one day, but when met with it, you're going to either just close all your doors, dig a hole and pretend you're a carrot, or go out there and live your life, do things that you've never done before. They're all different guys, have different personalities, emotional baggage. Seeing the first episode, Kristof Garcia and Rex Lantano's characters delve into relationships that dwell on the past. It's a piece about mental health, some intimacy, adult desires, fantasies and how it affects their realities. We talked to them after the premiere and I bet, you'll like what you'll see on the first episode.

Theirs is an insanely elaborate structure of living and hoping in a love that gives, and how it's become possible to let the other appreciate love he gives without ruling out the man he loved in the past. It's amazing to start this way especially with actors that are experienced and new to this BL genre. You'll see the act of defiance to norms, which Direk Shandii will present in this first salvo. They didn't just leave themselves drown in fear, they did it before the world ends. 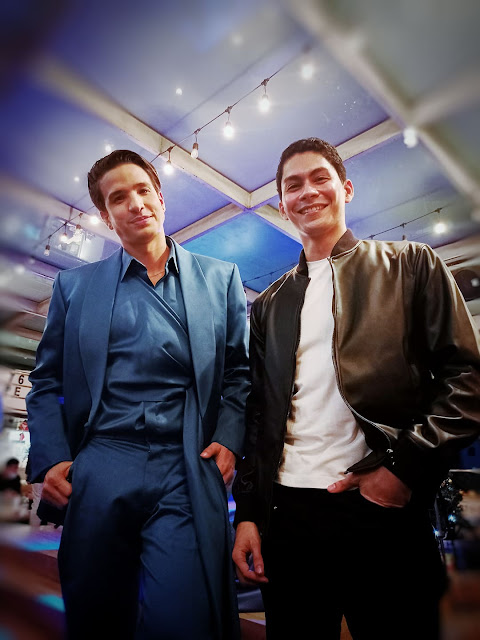 Markki Stroem and Khalid Ruiz's episode plays on the emotions of sanity, mental health, unending love, ducks, asteroids and death. It borders on the possibilities of relationships and shows at what lengths you can go to show it for a person. We talked to Markki and Khalid after the advanced screening and here's what they think about the series:

I must say, this opens up a lot of talk regarding age, the nature of partnerships and the value of life. What would one want during an end of the world scenario? This will certainly ruffle feathers (there's a duck reference), and make you think about how one should measure happiness when you get to that age (or have disabilities). Markki and Khalid delivered, and passionately have their own set of scenes that either make you yearn for more, or squirm with the situation, something that deserves to be watched and your subscription.

Not to be outdone, Nico Locco and Gold Azeron's episode was my personal favorite. It had proper elements of a good story that discussed mental health, the many ways to die, profanity, comedy, family, commitment, using people, money, depression, hope and unexpected endings. Nico understood who the character was and remains pivotal for the decisions made in the story. Gold's persona was more of a filo guy, who gets to be the one that's needed, definitely unusual... especially when we often see foreigners that look this good be needed rather than the other way around. Needless to say, theirs is the most romantic, showcasing how love can make one vulnerable, and make it hard to decide if you want to share it with the other. Nico also spent days shooting the underwater scenes, you'll love that part certainly not just because of exposures, but how it was done artistically... without a doubt. 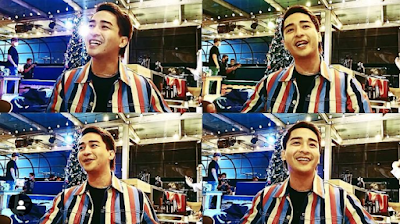 This is also Yam Mercado's first inning as a BL actor. The guy has done several projects that are more commercial in nature, including dramatic ones from previous MMFF entry Culion. Man now has acting chops and he's also part of production for this series. Paired with Elijah Filamor of film Best Partee Ever, it was easy for them to do this since they've known each other from previous projects. These two will showcase extremes in their episode - from cheesy romantic small talk to ravaging hormone filled foreplay (then some) and high intensity fights, that's how their dynamics were played. It also talks about confusion, hunger, donuts, getting lost, driving, high blood, tension, caring about each other, fighting multiple times, making up, extremes, getting hurt, apologizing, toning down, crying and its healing effects on people. You'll also love the scenic shots, which I heard was shot in Socorro in Oriental Mindoro. Knowing Yam personally, this was out of the box for him because I've known him as a goody two shoes who always had a smile worn, and throws jokes when we can at each other. He's up there, and I'm quite proud of what he's done in this flick. We talked to him after the screening, sorry it was so noisy since we were at Aurora Boulevard's traffic lanes, and a celebrative mood after the series was shown.

LOVE AT THE END OF THE WORLD would definitely be a good thing to watch today. It's out on the Gaga Ooh Lala App which you can download on Google Play and the App Store. Subscribe to the service and watch the rest of the episodes which comes out every Thursday at 12am, it's a little NSFW as there are adult scenes, but sans that, this proved to be so filling with everything you would desire before you get hit by a meteor. I haven't seen the other episodes (only 5 at this point because of the advanced screening) so I'd be glad to watch with you once the others come out. The actors divulged there's a lot more to be seen other than what we saw, and judging from the first ones, it'll be worth every penny.

Congratulations to the men and women of LOVE AT THE END OF THE WORLD, because in my books, you did good!