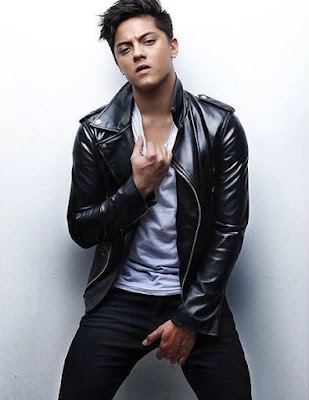 This is one of the most awaited films in the Metro Manila Festival this 2021, not just because of its story and cause, but because the one and only Teen King Daniel Padilla is starring in a film. This is called Kun Maupay Man it Panahon (Whether the Weather is Fine). The film has also been seen in 25 festivals outside the country and this time, you have to opportunity to see it in the cinemas this MMFF 2021. This is the handy work of different production companies which includes Cinematografica, PlanC, House on Fire, IwantTFC, Globe Studios, Black Sheep, Quantum Films, CMB Films, AAND Company (based in Singapore), Kawan-Kawan Media (of Indonesia), Wedemann Bros. (of Germany) and Dreamscape. The cast has never seen the movie yet, so they'll be watching it together with you come Christmas Day.

Daniel says "Just now, I am very nervous sitting here with Ms. Charo, I am a little intimidated, but being with her during the whole filming process, she's very giving actress, very welcoming. It's a beautiful experience being with her, I always sing when on set just to keep her happy. Her passion is also so good, you can see that when we were making the film. This isn't my first time making a serious film, but this is the first about a real event. I wanted to challenge myself too, and doing this, I had fears doing it because it was the first time I'm working with the Director. Because it was also in Tacloban, I knew I had to do it. We can't really stop natural disasters, but what I want to know is how we would be ready each time it happens. There are people suffering, it again hit a lot of our countrymen. For the film, it's just sad that it happened again, I hope this would be an eye opener for a lot of people. We hope to make them aware especially now. When we were in Colloseo near the Tacloban Airport, when people were there, I felt how they were not acting, the fear was still there, it was hard to see that while shooting this film. Direk talked to them before putting that on camera, we really thanked them after the film, the locals experienced that and it's hard to take in. This is very personal to me, I was afraid to accept this first, but when I knew I wanted to do challenging films. I didn't think about Carlo being a new director, he did good and this film is a different experience especially in making this film.


Ms. Charo says "During breaks, we had Waray rehearsals. When this was offered to me, I was drawn to the story, the character, the script that was sent to me was written in English. They told me I will have the opportunity to work with DJ, I was really looking forward to do that. Working with a new director is a challenge and opportunity, there is something to learn from these young people, and he has worked with previous films too as an Editor, and this is his vision, an affirming one because of his personal experience. I really loved the learning sessions about Waray, reading sessions of the script. We also had coaches on set, when the scrip arrived, you kinda get the hang of the story and how to say it during the filming process. This film mirrors how natures wrath would be a hard battle to win. You can see how people need help, but see how we as Filipinos still get together, do our best to help especially in the Visays region, it's really sad it happened again. I'm glad there are less deaths, and people followed when they were asked to evacuate. When you're beside the beach, you should think twice getting a permanent home. You can see the resilience and spirit of helping each other, I'm happy to see that too. Yes it is empowering because this is based on Carlo's personal experience, and how his family also survived during that time. It's part of nature, we have to be prepared though each time this happens. We hope we can address when people get their homes destroyed, we shouldn't be complacent in just doing that in our community. It's really nice to be out of your comfort zone, you learn their culture, and working with young ones is like this youthful energy, this desire is so good and my character is a woman, a wife, a mother, but her persona might be different, it's a choice, she made that choice and not all would understand it. In the end, it's her journey and it's what she followed."

Rans Rifol says "I hope this film would make people hope, take action, how we could cope with disasters. My character is like anyone, one who dreams, even if they are under a rubble, they don't forget about it." 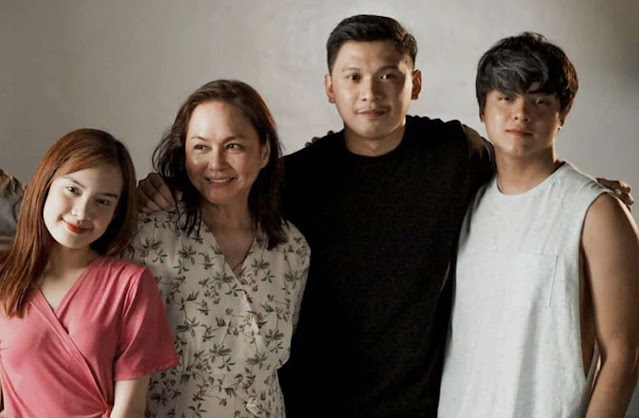 Director Carlo Manatad says "I was in Manila but almost all my family was in Tacloban, I didn't have a way to contact them, I feared that they all perished because I saw the images in that town. Eventually, I found them, and they were safe, but it was a difficult experience for them. Daniel's range is really huge as an actor, he's done several that made me see him as the perfect fit with this character. I have always mentioned collective healing, one of which I saw with my own eyes in my province, I hope the film calls for hope that there should be change when Yolanda happened, it's sad, but I hope the citizens of the Philippines see what needs to be done. I don't think this is a trend, but this is an advocacy, it's just that things happened again in the country, but films in general have had this particular way of creating things. Ever since we made this, our stars knew that just finishing this film and having it on a film festival was already an achievement. We're just blessed that it is being screened around the world, the award give us confidence that we are doing the right thing. It boosts our morale in what we do, but we didn't expect them to win some awards during the pandemic, I wanted to share the award to everyone but it's just hard. More than anything it's not the film being presented with a political stance, but a more realistic one, of what people experienced during Yolanda. You can feel how the characters fell aimlessly ask where they could go, how they could get help, it's not political stance, it's just the experience. Two extras approached me and thanked why we're making the film, I know regardless, they were there, they were sincere, and the actors knew what this was all about.

Filipinos are hopeful, we are big dreamers, this film will teach you that WE can weather storms, and overcome adversities. Please, do what you can to also help with the efforts on Typhoon Odette. I'm sure Daniel would love to see that.
Make sure you see it on theaters on Christmas Day!