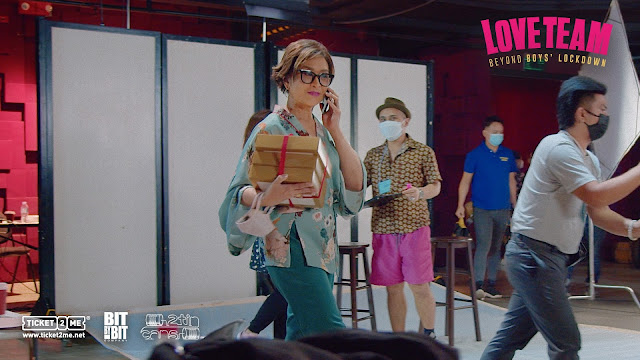 I've religiously watched this show during the pandemic. I felt it was light, a slow burn, but definitely not unromantic. It's like you would believe Ali King and Alec Kevin were real life lovers. A few days ago, they dropped the trailer for Love Team: Beyond Boys Lockdown. This time, they took a play on them being real life actors, and consequently, boys who have feelings for each other.


Not only that, it looks like the writers have gone beyond just a second world because they had award winning broadcast journalist Ces Drilon as part of the cast (also her debut), the mother of Ali King who looks like she knows so much about the love story behind the story (yes that sounded like inception). They're also getting this started through a Kickstarter campaign via bit.ly/LOVETEAMKickstarter. They're achieving that goal because honestly, they've done super well in the first series, what's gonna stop them from telling us the rest of the story. 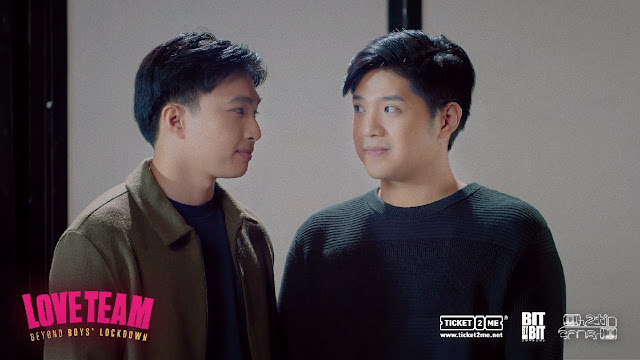 If you haven't seen it, check this out!

This is also produced by Ticket2Me, Bit by Bit Company and 2TinCans PH. The new season will also have the original cast, plus Kaloy Tingcungco, Teetin Villanueva, as well as new faces that are playing new characters. This is directed by Jade Castro, with the script written by Danice Mae Sison. This is also done by Executive Producer Darwin Mariano. I can't wait for the 8 episodes they promised, I'm sure it'll be a good one.