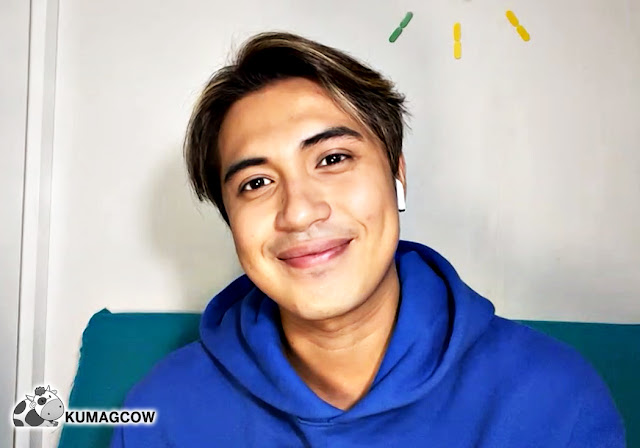 It's been a while since we've gotten to talk to Marlo Mortel, probably during his last movie which was ages ago. It's been a rough time for him especially during the pandemic as he really had a bad case of anxiety, and I can relate because I've gone through the same. He's got better and started writing songs... and having the urge to sing again. He also got back with Star Magic 2 months ago and raring to work in shows and movies, but before all that, he's introducing a new single called aptly, READY TO START.

Contrary to rumors, the song isn't about Marlo's personal experiences. This was actually a friend's relationship that was asked to be written into a song. But Marlo says, his friend experienced something that happens to a lot of people including him, so in a way he too can relate to it. That's when I started to also ask a few personal questions, which he gladly answered. One of which was the admission of having a girlfriend during the height of the MarNella love team, which he didn't publicize so he could protect her from rabid ones that sent death threats during that time. Here's our blog conference on video, enjoy!

Marlo is a kind man and he deserves all the success he's getting. He was also asked about working with Janella again and he was actually adamant to do that if given the chance. That's a nice premise and why not, they're very professional!

Oh by the way, the song READY TO START is produced by Polyeast Records and Marlo himself. Aside from artistic freedom, he was given by the recording company a chance to do other things creatively, which he feels was a very good arrangement when he started creating music again. Make sure you listen to his song on Spotify and other streaming platforms. The lyric video is also out so make sure you listen to it with that, so you would understand how painful love is, and how you could cherish it even more if you are in a relationship. I hope you enjoyed our talk with Marlo Mortel, and don't worry he's going to be appearing even more starting now, he promised that!