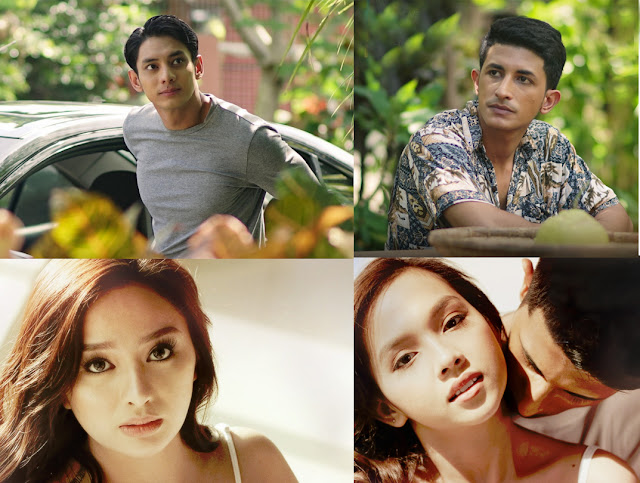 Man meets woman, fall in love, get married, have children, that seems to be the norm. A few nights ago, we had the chance to see Cannes Best Director Brillante Mendoza's latest film "PALITAN" under Viva Films, meant to be shown on their platform VIVAMAX.

The film stars GMA's Luis Hontiveros, Rash Flores, Cara Gonzales and Jela Cuenca. It talks about marriage, its intricacies, and why one should know the one you're marrying. Brillante did this Girls Love themed film with subtlety, you can feel the need for shock value at first then give you reasons why you would root for the ladies that wanted to be together. It fits on the premise that it'll never work because of societal issues you would face, including religion, and their own existing relationships.

The ladies Cara Gonzales and Jela Cuenca did not hold back on their scenes as they needed to to fill a void of not seeing each other for years. They kept the feelings, understood the hunger which is why I called this film pretty feisty. Luis and Rash on the other hand are your hetero male dose that don't even need to over act machismo, they're ones that could convey confusion, friendship, lust and disappointment in several acts. You will be taken to their place, understand why they would react that way and in some instances, feel what they feel in the movie.

A Brillante Mendoza work of course had a sense of reality. Think of it as something that Filipinos won't be talking about on a regular day as it also showed hetero, femme, and group scenes that tells their gender, social construct, no matter what their biological assignment tells them to do. As you may probably know, this would be for a matured audience. They're already thinking of putting this as an entry into LGBT themed festivals as it's pretty late to do so for some of the festivals Brillante Mendoza has joined already. It's also a really nice place to showcase the caliber of Viva artists who are part of this film, at a very international and artsy caliber. Needless to say, I'm impressed with this latest Brillante Mendoza masterpiece and he's slated to do three this year and a couple more next year (a lot in the pipeline) but they're generally mum about it til it happens.

This film will start streaming on the VIVAMAX app come December 10 so make sure you download it off Google Play or the App Store and subscribe to watch a lot of other movies from their library and this film called PALITAN. Here's part of the presscon we had with them prior to screening.

Congratulations to Direk Brillante MA Mendoza, Viva Films and VivaMax because you've got a really bravely depicted movie in your hands with this one!