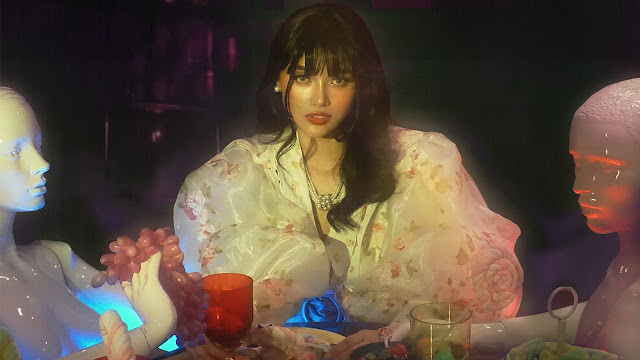 Something interesting is happening before the year ends for fast rising electro pop artist Lesha. I don't know if it's a Filipino thing, but there's often a wish involved when 11:11 strikes the clock in this part of the world.

Lesha is no stranger to that and she does whisper and ask for something when that happens, they call it angel number. She sees this as a way to manifest things like those involved about love, career, life and other opportunities. She's at that point of asking what the universe wants to happen next.

For those who don't know, she's about to step into the international stage and want to introduce Filipino music through a collab album, and a world tour of sorts. This will be under Lauv or Fenneas label AWAL. Her latest track ELEVEN:ELEVEN will be released in the album SUN MOON RISING which we have featured a few months back. She bids this as a special one since nobody worked on it but her, and it reminded her of her self worth, blessed and far from places of negativity.

This track feels authentic and she's made it to fit that way even if she's had other genres that she's worked with. She continues to work on her music to this day, to eventually be the unique catalyst so she remained true to herself and her listeners. SUN MOON RISIN is going to be released in early next year, but has been done digitally this December. This hopefully turns out good for her especially when there's not stopping Lesha and go places. Go ahead and see YouTube.com/Lesha for more details.