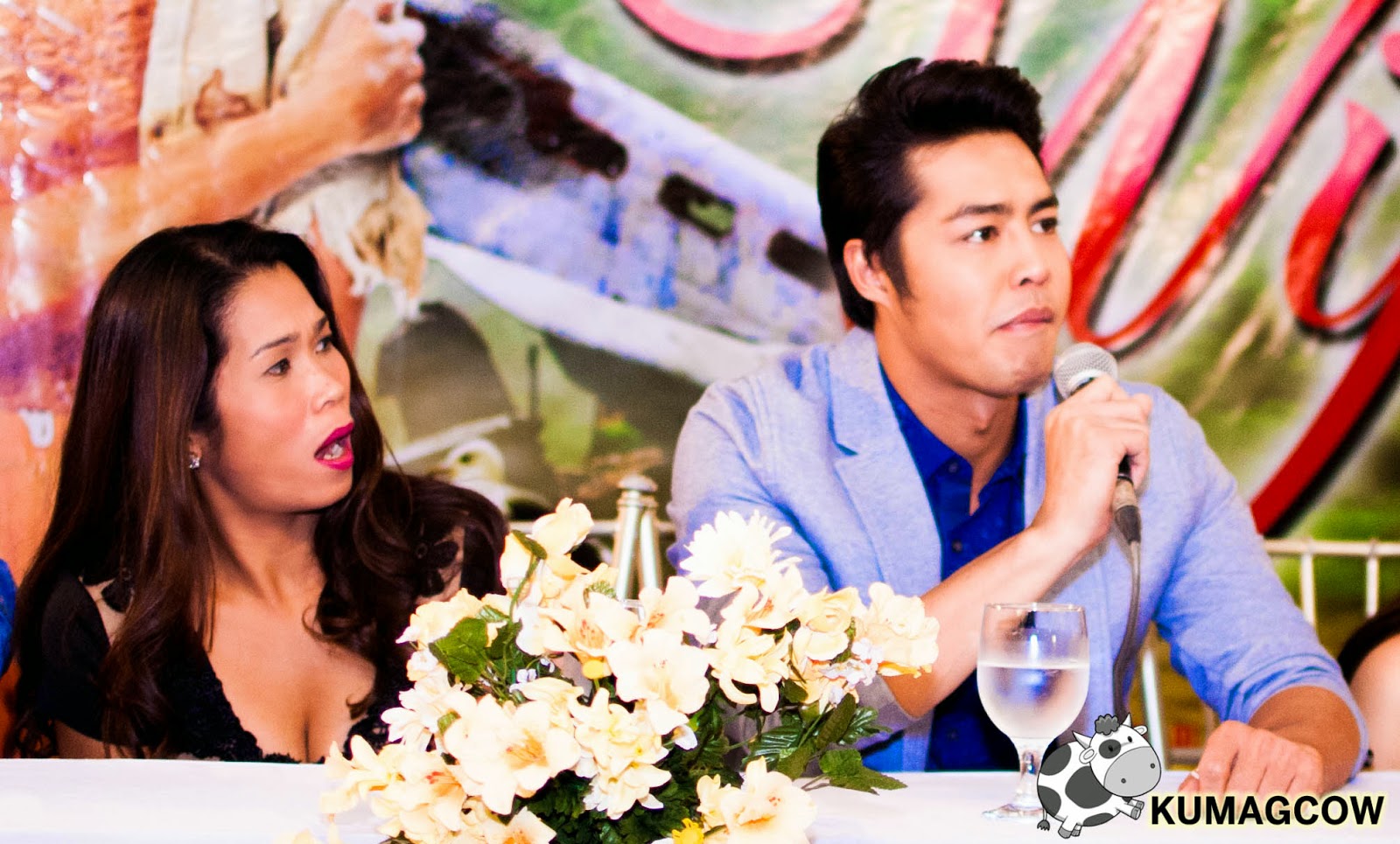 Shocked about the news that Pokwang got hooked up with hunk Zanjoe Marudo? Well let's not be too hasty because the rumors are TRUE. We're not going to tell you this is a crazy stunt, but you need to watch Star Cinema and Skylight Film's best offering this year called MY ILLEGAL WIFE.

Pokwang plays the role of Clarise, a mother who has spent an entire time working in Japan to be able to provide for her 2 kids in the Philippines. Later on, finds herself making up stories to woo a gorgeous looking guy Henry played by Zanjoe Marudo who had a weird case of amnesia. Clarise got several movies from Star Cinema and acted them out to convince Henry that they are married. Henry couldn't believe it either and another girl comes along to take this guy from the hands of Clarise, played by the sexy Ellen Adarna. Then again, Pokwang vs Ellen Adarna? We all vote for Pokwang of course! The girl in the rain scene was unbelievable!

No one can ever say that Pokwang can't execute something as funny as this. In fact, judging from the reaction of the people I saw that afternoon during this grand presscon affirmed my hunch that this will be a hit. Why? Even if the video was looping, the trailer just kept us laughing non stop. The director and people behind the film even goes on to say that this isn't even 10 percent of the film and we're getting laughter this much... what more if we saw the entire film! Both Star Cinema and Skylight Films are excited to see how this film will perform later on this week when it shows in cinemas.

Other stars on this film like Edgar Allan Guzman, Mikylla Ramirez, Steven de Guzman, the legendary Anita Linda, Beauty Gonzales and funny comedian Pooh will surely make this film a must watch. Don't also hold back when you see the antics of Empoy and Ms. Joy Viado, you'll pee in your pants moment will come close I'm sure!

Will this romance end with Bea Alonzo begging Zanjoe Marudo back from Pokwang and her beauty? We have to find out by watching the movie on June 11, don't miss it!